Well, it´s been an interesting day at Household Birdsnest...

I´m going to have to admit defeat to the deadly combination of being 7.5 months pregnant and having to keep track of the to-ings and fro-ings of a three year old dynamo.

The child has been a bit housebound these past couple of weeks due to my own lethargy and weather circumstances and illness, and so he's started to investigate new ways of entertaining him, or rather wangling NEW ways to access old tried and true methods of self-entertainment.

Today it was drawing on a variety of surfaces, including the tv screen, with some face painting crayons (that stuff is GREASY!); floor painting with margarine (which also revealed that he's finally discovered he can open the fridge on his own - Oh Joy!); and discovering mum's chocolate energy renewal stash...

Well, first of all, I deserve a mighty pat on the back for more or less keeping my cool! I have to say, my parenting of Bryn is a UNIVERSE away from my parenting of Erik at the same age, and only in a good way! So, at least I don't have to pile the guilt of psychologically scarring my preschooler on top of being the not-vigilant-enough parent guilt.

Anyway, the main issues at the moment are:

So, from here on in NOTHING is to be left of the kitchen counter between the kitchen and dining, that way if he does put a dining chair up to it, he can't get into food stuffs or drinks.

The kitchen door and the kitchen safety gate HAVE to be kept closed at all times - luckily, he's not physically heavy enough to open the gate yet (as it's a peddle operated system that required a substantial weight to open the gate - as long as it's set up properly, if it's out of alignment all bets are off).

Pens, pencils and all other drawing implements have to be stored out of sight and out of reach!

No more leaving half drank drinks around the house!

I'm going to get a gate for the boys' room so that even if he does get a door up to the doorknob, he still can't get past the gate... 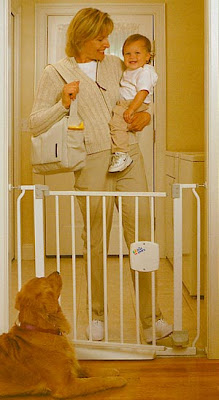 I'm getting some storage boxes for the boys shelves so all their little "scatterable" things can be stored away. Won't completely stop him getting into their stuff, but should slow him down just enough that I can become aware of what he's trying to do and stop him myself! 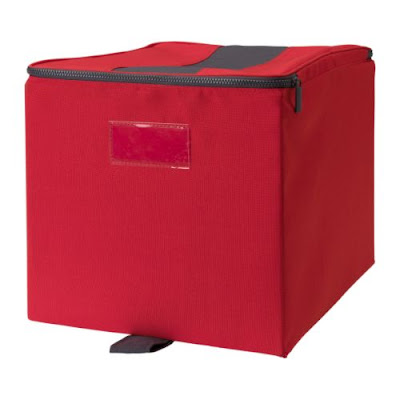 To go into this bookcase, that they already have... 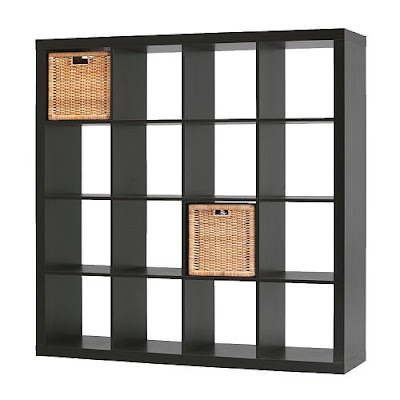 at September 01, 2008
Email ThisBlogThis!Share to TwitterShare to FacebookShare to Pinterest

Where is your shelf and the cubes from?

hey, that box looks just like my bigger one I take to BaBs! Check it out when you get here!

Got the gate for their room today at 20% - will see how Bryn goes with that and am possibly going to get another one for the study door (if he turns his attention to that room now, and Dave's priceless comic book collection)...