Is a red head! He's very good at maths and socially popular. He's a lover of ball sports. He reads veraciously, but not aloud. He's a perfectionist, you see. When he can read perfectly aloud, he will, until then don't ask because he WON'T. He loves performance, but you'd never know it until you saw him on stage! He's not someone who says, "Look at me!", but given the opportunity to perform up in front of a crowd, to be part of a production, or just teaching other people the ins and outs of an activity (like how to cook Chilli con Carne), he quivers with delight! In his own words, "It's scary, but SO FUN!". That's my 9 year old!

He likes to know the "rules" in any given situation. This doesn't mean he'll follow them, but he likes to know what they are, and he likes to be sure they're "fair" to everyone. He HATES losing, and won't play if he doesn't believe he has at least an even chance of winning, but he's happy to lose as long as everyone adhered to the rules on the level playing field.
He knows how to manage people. He can diffuse a tense situation with such grace that you don't even realise he's doing it until it's done.
His temper is a raging inferno that he is aware of and tries to contain - to the point of warning you when containment breach is imminent - once unleashed, his temper explodes and burns at temperatures that may take some time to cool.
When troubled he seeks his own company. He's learning to go to other people for help, but still tends towards self-isolation. Even when he does go to others to talk things out, he always needs time alone to process his thoughts and feelings.
My 9 year old loves music and musicals and movement. He's interested in teaching himself to play the guitar. He has perfect pitch when he sings and amazing musical recall.
My 9 year old is mature beyond his years and so sometimes we forget he's still a little boy - and often he forgets he's still a little boy (and can be quite demanding and hard on himself). 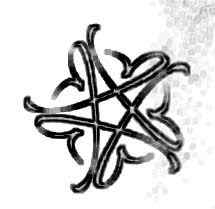 My 9 year old is the essence of the meaning of his name, Lukas, he brings light into my life, he is my little star!
at June 25, 2010
Email ThisBlogThis!Share to TwitterShare to FacebookShare to Pinterest
Labels: events