The word "soul" tends to conjure up images of religious pursuits and this blog isn't about that, so my apologies to anyone who reads this and is disappointed.
After many months of doing little else but study, work and parenting, I've been feeling spiritually run down and unenthused. This week, however, there has been a huge turn around, and the things it took to make that change were so simple, really, I thought I'd share...

I've booked a trip to go visit my parents and attend a class with fellow Masters students - the thought of connecting with people, in real life, that I only usually get to interact with via the internet or phone is thrilling. There is so much to be said for exchanging physical contact with another person through a hug, or eye connection or the instantaneous connection of a smile. Even though the latter two could be achieved via a program such as Skype, I think the lack of immediate bodily energy exchange depletes the experience of it's ability to restore the soul. It is my philosophical believe that the soul and the body and inextricably linked. Each cell in our body also comprises of a soul-cell which we shed and transmit to others through proximity and physical connect - something the telephone and internet doesn't allow.
I've also organised to catch up with my brother next week, if possible, which is something we don't do enough of. I think it's good for him and for our family to constantly remind ourselves that our tribe extends beyond ourselves and we, therefore, not alone.

I've booked tickets to the Melbourne Writer's Fest. This is significant in two ways. First, I've been interested in going to the Fest for many years now. As a writer, I really NEED to go to the Fest to connect with other writer's, both novices like myself and professionals who have cracked the "getting published" code! I've never had the courage to overcome my neo-agoraphobia enough to just do it. Until this week, that is. I now have 6 tickets to attend 6 events, on my own. I'm nervous, but I'm also very, very excited!
The second way in which this is significant is that two of the events I'm going to are talks by Jostein Gaarder, the author of "Sofie's World", a book I read nearly 20 years ago. This book moulded the my philosophy of soul-body symbiosis! Needless to say, I was THRILLED that Gaarder would be attending this particular Fest, the first one I was ready to attend!

I'm planning on booking tickets to go to the Melbourne International Film Festival. Dave introduced me to MIFF 13 years ago, and I've gone almost every year since - except last year, if only to see one film. I love movies and hardly ever go. More than the movies, though, I actually just love going to the Festival and mingling with the crowds - yes, odd for an agoraphobic - because there is such a strong sense of "thinking". I can FEEL people turning new ideas over in their heads when they go off to see the works of fresh new directors, or indie directors, or foreign language directors, or documentarians. So much more than what you get with most "entertainment solely" focused films that make the rounds...

Letting loose with friends. Yesterday, I had the opportunity to dress up and let loose with friends for most of the day! Dave kindly stayed home with all the boys (for which he is my hero!) so I could just go out and have fun! Amongst other things I got to go to the Esplanade in St Kilda for the first time ever, and even though I'd left my run a couple of decades late and was amongst the oldest people there, it's was fun to recall the days when I go out all night long and dance to loud music in dark halls and drink bourbon and coke (ooooh, does that make me ever so slightly bogan???). I got to reconnect with a much younger (and far more clueless) self for 30 minutes or so (before retreating to a nice, relatively quiet, better lit cocktail bar). 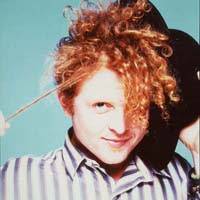 I'm going to go see Simply Red. This came up last night, just as passing conversation, and now the plans are in the works to go see a band I used to love with a friend of a friend who I don't know that well, but who I've socialised with occassionally over the years! I'm pretty excited!
All these things feed my soul and cause me to feel good about life and my place in it.
at July 18, 2010
Email ThisBlogThis!Share to TwitterShare to FacebookShare to Pinterest

Ooh jealous re Simply Red!!! Have loved them for years. Along with Bon Jovi they have wrecked my life timing wise lol!!

Glad you are reconnecting :)

Oh that's a lot you've suddenly got going on for yourself, Sif!

And the Simply Red thing - Kaje was in a bar in Scotland years ago and a few people came up and said "Oh, my god, are you - Mick Hucknell??!!" and he said "Well, you know, I'm trying to keep a low profile, but yes, blah blah". He said they were totally THRILLED! hehe!

Hahahahaha!!! Clel, what a great story!

Kate, I loved Simply Red, but sadly, this is only my consolation gift to myself for missing out on George Michael in March (that's twice now I've missed George, and I may never get another chance to see him, oh dear!)... But I'm still over the moon excited!