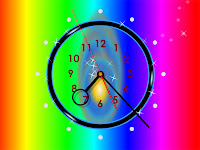 When it comes to figuring out human beings, I've found that asking why isn't helpful if the person doing the asking is hoping to change the behaviour of the person enacting the behaviour...

Someone recently related a story to me of two people who were working together and one person was helping another to complete a task and when they finished their part they commented publicly that at least that part of the task would be completed.  In other words, "Look at how professional and punctual I am, and how unprofessional and slack I believe the other person is." 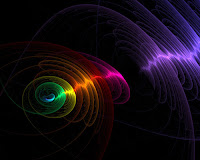 When I heard this tale, I was aghast!  How could a mature person, a professional person; who prides themselves on their professionalism act in this way towards another human being - attempt to publicly shame the other person.  Couldn't they see how it reflected on them - regardless of how punctual they had been?

But asking this question doesn't actually change the other person's behaviour.

My life is pretty much divided into three segments.  There was my childhood; spent moving around a lot with my family.  Then my adolescence, which was marked off by a move to Scandinavia days before my 11th birthday.  Finally, the period I call my 'In Australia' period which began days after my 18th birthday - so 20 years ago.

This year, marking my 20th anniversary of moving to Australia permanently has thrown up a lot of old memories. 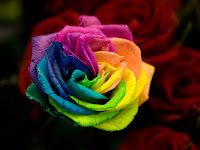 Thanks to the wonders of the internet I've found myself looking up old friends and acquaintences and contacting them with mixed success.  Some have been happy to reconnect, some neutral (they accept requests but we don't really talk so much, just passively catch up on one another's lives), one has made a point of ignoring a request, and one has actually blocked me and made their profile private!  Each and every response has made me smile and think fondly of those people and their idiosyncratic reactions.

I'm not a person who holds grudges.  I'm just too lazy for that.  I also don't tend to believe in 'too much water under the bridge'.  I have often felt slighted and hurt by people, sometimes with good reason, and sometimes I've even been furious at people for a while, but the anger always subsides for me.  This is why I find it hard to relate to the need to hold a grudge. 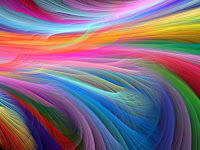 I do find human behaviour fascinating though, and I've often found myself dwelling on the big WHY of people's chosen behaviour and reactions to situations.  Sometimes I've publicly and vainly asked why people are the way they are with one another, or with me, in the hopes that those people will somehow read or hear what I see and feel compelled to change their behaviours.  This is almost always fruitless, except in cases where people honestly didn't realize how they were portraying themselves and didn't want to be perceived in the way they had come across.

So, I've recently come to the conclusion that asking why isn't very helpful.  It leaves the person doing the asking feeling somewhat powerless - especially because there is often no reason is ever provided for the behaviour.  It doesn't change the status quo.  Humans are frail and are always getting hurt.  Some never recover and some don't want to recover.

Many believe they are not capable of hurting others, only being hurt themselves and so they aren't able to forgive because they have never felt the need to ask for forgiveness.  I've seen some amazing instances of forgiveness between people who have badly hurt, or been hurt by, another.  I've received and given such forgiveness myself.  It's an amazing relief not to have to carry hurt for a lifetime, either in the form of shame or a grudge.
at August 01, 2010
Email ThisBlogThis!Share to TwitterShare to FacebookShare to Pinterest