Bring Philosophy to the people...

Many years ago, when I first moved to Australia, I found myself in a bookshop hunting for something to read.  This was back when I used to get to read a lot.  Back before my brain got all cluttered with studying and parenting and the interwebz.

I'd been in Australia for only a few months and I was feeling homesick for Norway.  This was during that period of my life when I felt more Norwegian than Australian (despite being born in Australia) or Icelandic (despite being of Icelandic decent and brought up with Icelandic cultural views).  So, when my eyes fell on a book by an author named Jostein Gaarder, I immediately recognized his name as Norwegian and snapped the book up.

The book was titled, Sophie's World.  It was about a girl who one day found a letter in her mailbox from a stranger asking her questions about the universe.  She and the stranger went on to have a discussion about philosophy through which she learned about philosophy from it's roots with Socrates and upwards.

I have to admit I didn't read the entire book.  This is because the first few chapters got me thinking, and that thinking led to more reading and more research and more thinking.  I had a lot of questions and questions about the answers I found for those questions and all that led me to the person I am today, in Australia, aged 38 (and a bit), and going to the Melbourne Writer's Festival to hear Jostein Gaarder and Lia Mills talk about philosophy and teenagers. 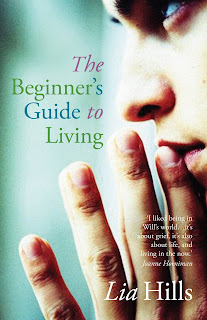 I call myself a philosopher.  I don't have a degree in philosophy, and I don't believe I need one.  Today, listening to Jostein and Lia, that belief was affirmed.  Philosophy is for everyone.  It is open to anyone who wants to think critically about everything from parenting, to politics, to the reality in perceptions.  Philosophy is not just for old men with white beards, or people who have read all the world's great thinkers from A to Z (though, of course, it's great to know what other people have thought, too, because that can build on your own thoughts or even create a springboard for new thinking), and have a string of letters behind their name.

I bought myself a second copy of Sophie's World (so I could get it signed - and gush like a teenage fan-girl about how his book had changed my whole thinking of the world and my place in it). I'm looking forward to reading it again (which, in itself, is remarkable for me because I don't like to read books more than once).  I don't know that I was at all blown away by HOW Gaarder wrote, but I greatly appreciated that he took the time to bring philosophy to me - an ordinary pleb - back in the early 90s, because it has enriched my world view ever since.

I also picked up a copy of Lia Hill's book, "The beginners Guide to Living" which is the story of a boy and his journey of questioning the meaning of life after his mother is killed in a car accident.  This book, like Sophie's World, walks the reader through the history of philosophy.

Hills and Gaarder both expressed the belief that children are all natural philosophers, but that sadly, by the time they reach adolescence, a period of conservatism - despite external appearances - they are quickly learning not to ask deeper, challenging questions about their world and the beliefs that are commonly held in their world.

It was so refreshing to hear someone encouraging children to think and question, even in the face of the commonly accepted holders of knowledge (teachers, doctors, scientists and religious leaders), and to prize their ability to philosophize.  The world needs more everyday philosophers!
at August 30, 2010
Email ThisBlogThis!Share to TwitterShare to FacebookShare to Pinterest
Labels: events, philosophy, Thinking, writing