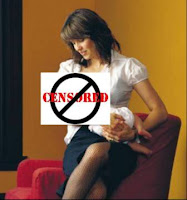 Last week was World Breastfeeding Week.  At some point during that week I took a photo on my phone of Ari having a feed.  I do this all the time because I want to capture how beautiful he is to me when he feeds, but then remembering it was breastfeeding week, too, I posted it to Facebook with the caption, "This is why I breastfeed". The caption meant, to me, that being able to see his beautiful, innocent face and gaze into his eyes means so much to me (especially now that he's a tearaway toddler).  On reflection, it could also have meant that I breastfeed my baby FOR my baby's sake, which is also true.

Barring four months in 2001 (Feb-Jun), between Erik temporary self-weaning at 19 months of age and Luey being born, I've been breastfeeding continuously for the past 11 years and 1 month.  I've tandem fed (feeding two children during the same period of time) for 3 years and 8 months of that time.  Consecutively, I've been breastfeeding for 14 years so far (Ari is 21 months and if he feeds for as long as his brothers, I expect I have another 2 years and 9 months to go feeding him)...  So, yeah, it's been a HUGE part of my life.  And yet, not.

Because it's something I've done every day, and countless nights as well, for over a decade, I really don't think about it that much.  I've breastfed EVERYWHERE.  The most public breastfeeding I've done was in 2002 on the steps of Parliament, Spring Street, Melbourne, with a channel 7 news camera directly on me (because I was tandem feeding Erik (3) and Luey (1) at the same time - which was, of course, ratings worthy).  That was protesting a Parliamentarian being escorted out of Parliament for breastfeeding her newborn daughter.

In 11 years, public views on breastfeeding don't seem to have changed all that much.  I hear a lot of people saying they can't believe there is still a public outcry over indiscreet breastfeeding in public, but let's face it - there is!  It's ridiculous, of course.  The photo at the top of this blog shows how ridiculous it is.  The next two photos show, in my experience, how much breast can usually be seen when a baby is attached - which begs the question why there is such an outcry for women to COVER UP when breastfeeding?  There's very little to see, anyway! 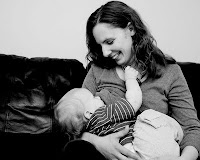 The thing is, I think people believe breastfeeding exposes women's breasts to the degree depicted in the Benetton ad below.  It simply doesn't!  But, seriously, so what if it did?

People argue that breasts are used for sexual pleasure and therefore they bring to mind the very acts of sex when women breastfeed in public.

Bunkum!  LIPS are also extensively used for sexual pleasure.  The very first act of sex almost always involves lips.  People KISS in public all the time.  Where are the LIP SHAWLS to hide our lips from provoking people into sexual thoughts?

I love the saying, "If breastfeeding offends you, put a blanket over your own head." If you look at the first three images I've posted, they all show a very imported part of breastfeeding - that is eye contact.  There have been studies that show eye contact between humans releases hormones that cause us to relax and feel happy.  This is very important for children, as during the first three years of brain development, babies and toddlers are creating all the neurons and synapses - the pathways in the brain - that will determine how they experience the world.  Children who experience a lot of love during those three years deal with stress better, and are more empathetic towards other humans.  So, when the public INSISTS women cover up (if they can't go and hide themselves in shame while breastfeeding), it concretely ROBS children of opportunities for brain development.  Formula fed babies who are held while feeding are not robbed of this opportunity, so why should breastfed babies be discriminated against?

Breastfeeding is not as easy as falling of a log, and certainly the many challenges of early breastfeeding that many women face contribute greatly to heartbreakingly low breastfeeding rate in Australia for babies 6 months and over.  If we are to encourage breastfeeding then we need more than just lactation consultants and eye catching ads.  We need PUBLIC SUPPORT, from the public, IN PUBLIC, so women don't have that obstacle to overcome as well as sleep deprivation, hormones, and nipple pain! 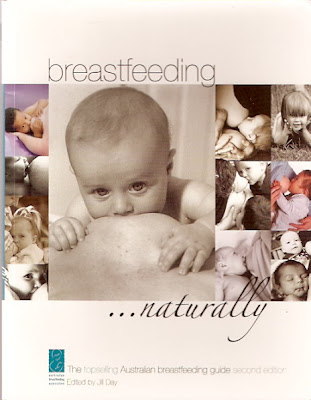 And just because this is my blog, I thought I'd post this picture; the cover of the Australian Breastfeeding Association book "Breastfeeding ...Naturally".  See on the right hand side of the main photo, the middle picture on the left, the two children breastfeeding at once?  The cute face looking at the camera is Luey aged about 18 months, and the dark haired child is Erik, aged 3.5 years.  I love that photo (and the other photos I still have from that photo shoot).  Precious moments!
at August 10, 2010
Email ThisBlogThis!Share to TwitterShare to FacebookShare to Pinterest

I lament that many mothers and babies will not know the joy that is breastfeeding.

It has been one of the most amazing things I've done in my life, despite it not requiring any extra special talents. I do think it's a child's birthright, and I still love gazing into my 2 yo eyes as she feeds.

Bravo, well said, all of it.

ITA, and oooh, just looked at my book, that is a wonderful pic!