Boy to Man: Rites of Passage... 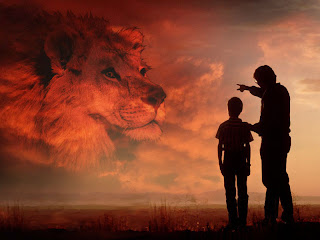 I have four boys.

I have four BOYS!

This has been playing on my mind a lot lately.  I always thought I'd have daughters.  Many, many daughters.  Obviously, that didn't happen.

People say it doesn't matter what sex your children are as long as they're healthy, and I agree that a healthy child is something everyone wants!

People say there is nothing you can do with a daughter or a son, that you can't do with a child of the opposite sex.

They are wrong in so many, many ways, but tonight I just want to talk about just one way in which they are wrong.

Rites of Passage is something done with the child of either sex by the parent of that same sex (and if such a parent isn't available, then by someone the child is close with of the same sex).  When I was daydreaming about all those daughters I was going to have, one of the things I daydreamed about was their rite of passage into womanhood.  In a time when rites of passage are not as culturally valued (in modern Western culture, that is) as they used to be, many aware parents of girls are creating modern day rites of passage for girls when they experience their first menstrual bleed.  This is pretty much what I imagined I would be doing with my bus-load of girls.  I was pretty excited about it, too!  Sharing with them the joy and pains of this significant change in their bodies which would herald a whole new world of responsibilities, emotions and experiences.

Then I had boys.  FOUR of them! 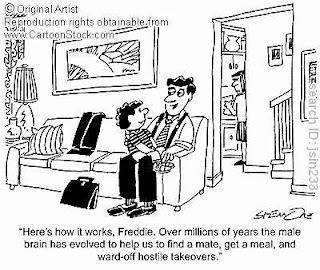 In many ways, in our society today, where there is a lot of support of women being strong, mature, independent, intelligent and so on and so forth, I think some sort of rite of passage for boys is more important than ever before.

I did a quick search before I started writing this blog post and found THIS ARTICLE FROM KINDRED ONLINE ABOUT RITES OF PASSAGE FOR BOYS IN MODERN SOCIETY.  It pretty much says everything I've been thinking over the past few weeks.  I certainly have known a lot of men who show very strong signs of not having experienced a rite of passage.  I want my boys to grow into mature, responsible, compassionate and respectful men.  I also know that as their mother, I cannot do this for them, but as their mother, I need to have some idea of what to suggest to their father (that he will not feel like a total dick doing), so that he can provide this rite for his sons - or, ye gads!, even come up with his own ideas.

My eldest son is 11.  He is on the brink.  He's recently taken on more responsibility in the household in as much as he cooks for us at least once a week.  He takes himself to his extra-curricula activities and he can now run errands for us to the supermarket (via public transport).  I am proud of him, but I don't feel these responsibilities are significant enough to mark a distinct threshold he has to cross to be counted as a man in this house (and quite possibly, he is still a little young). 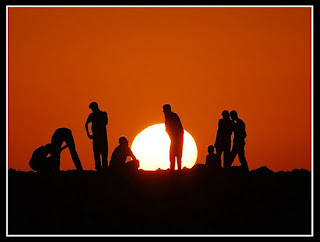 Yesterday I had a brief and heated argument with my 9 year old because he believes he should automatically be allowed to do anything his 11 year old brother is able to do (and in some things he is, he also cooks a meal for us on his own each week, and is allowed to accompany the older boy to the park, shops etc, we just haven't let him go it alone just yet, which he is bucking again already!).  Since they were very young we have treated them very similarly.  For as long as my 9 year old can remember, he's done everything his older brother has done.  At school their is only one year between them, and because our school does multi-aged classrooms, they are in the same class level every second year.  This emerging expectation of my 9 year old to be given all the same rights and privileges as his older brother have further highlighted for me the need to make a demarcation between the child that was and that man that has begun, to also give the younger brother a sense of achievement when his turn comes, and not just a sense of having slipped in on his brother's coat tails...

More things to think about - parenting is a complex business!
at October 21, 2010
Email ThisBlogThis!Share to TwitterShare to FacebookShare to Pinterest
Labels: events, human development, parenting, Thinking