That old argument: Too many children... 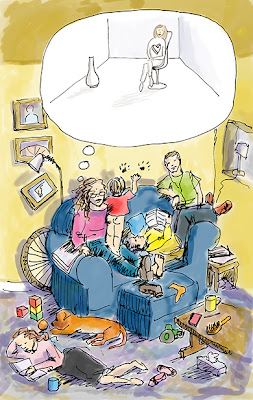 I got on the bus this morning with Ari in the pram and sat down opposite two women in their eighties.

They ooh'd and ahh'd over Ari, and asked his age, commenting that he's big for his age (he's in the 5th percentile for height and 10th for weight, LOL).  They asked if he was my first, and I told them he is my fourth child, the youngest of four boys.

Then one says to me, "There's talk the Government is going to make it law that couples should only have two children."

As far as I know, this is codswallop, of course, but I thought it best not to argue that point.  Instead I said, "Oh, that would be awful!  I think people need to become a bit more creative when it comes to dealing with issues blamed on overpopulation.  For example, every family in Australia could stand to consume a little bit less.  These pants he is wear (I pointed at Ari's pants) have been worn my his brother before him.  We don't necessarily consume more than families with only two children, just because our family is larger.  Sharing is something my children can't help but learn because less has to go further and their toys, for example, are never *just theirs*, but have to be shared and passed on.  People need to think laterally, and not just jump to the kneejerk reaction of forcing families who want more children to be restricted to two." 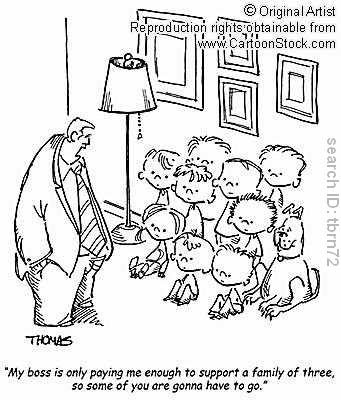 The woman agreed, and said she was one of nine and that she loved growing up as part of a large family.

Maybe due to having grown up in a large family and having to accept life with less, and having to share everything, my children will grow up to be more environmentally aware and willing to consume less as adults as well.  Maybe one of my children - maybe the third or fourth child (the ones I shouldn't have had) will grow up to make some sort of leap in thinking or some sort of invention that will make all the difference to sustaining this planet.

Very possibly, even if our Government did pass some sort of legislation restricting reproduction to only one replacement or less per capita, the rate of consumption and waste would continue to increase anyway, and it would NOT solve the resources issues we are currently facing!
at October 29, 2010
Email ThisBlogThis!Share to TwitterShare to FacebookShare to Pinterest
Labels: Family life, Thinking

It's an easy assumption to make. Amusement is when you eventually prove that your family of 5+ consumes less than or equal to your childless friends comparatively :)

I think the Government, and previous and subsequent Governments, are more interested in actively encouraging breeding. Over-population may be a worldwide concern, but it's only developing countries where it's a 'problem'. It's silly to look at issues like that with anything other than a local focus. The most obvious solutions (ship their extra kids over here, ship serious amounts our money and resources over there) are utterly impractical, so the only realistic option for the majority of us is to look after our own backyard first, and contribute in small ways to solutions for worldwide problems second. That means it's okay to breed as you desire so long as you're going to care for your kids nicely.