The lull after the storm. 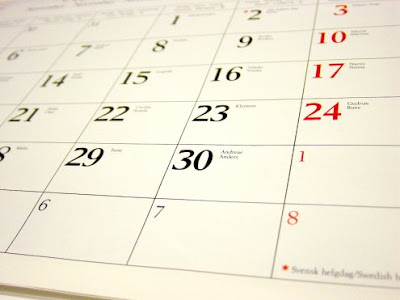 Last week was a full on week...  No wait, that was the week before.  I've managed to lose an entire week!  Somewhere between getting tattoos, a house inspection, the school fair, and this moment, I've mislaid an entire week!

Hmmm, okay, let me backtrack and try and figure out where it went.  Okay, so there was the fair.  Then on Sunday, I finished the edits mum had sent me on Thursday.  When I rang her on Monday, she had no voice!  She was also not at work, but at home - sick!  So, no more edits have been forthcoming from that corner of the world, but I'd much rather mum got better, anyway.  Instead we decided I'd better get that pesky exegesis out of the way.  So, I joined our local library (where Dave has what would amount to a $9000 fine owing - that's 30c a day, per book, for three book overdue by three years).  When the lady asked me if I'd ever had an account at that library before, I smiled and honestly said, "No.' So, OK, I used to share an address with some guy who owes you nine grand, but lets not talk about that, what do you think?  She was VERY careful to show me the hefty fines for overdue books, though, I noted.

First things first, I'm going to write a bibliography for the exegesis.  So far I've collected over 30 books and articles to alphabetise, Harvard style.  I was going to do it yesterday, and today, but bibliographies don't exactly inspire me to overcome procrastination.  I promise I'll do it tomorrow.

What else.  Oh yeah, there was Bryn's school transition session.  He got to check out Ms S's class, which thrilled him no end.  Ms S was Luey's third teacher, and Bryn just adores her!  She is lovely, though after the kinder parent-teacher meeting on Friday, I have a feeling Bryn has about as much likelihood of being put in Ms S's class next year, as I have of winning Sandown.  The school transition was on Thursday, and then on Friday we had the parent-teacher meeting for Bryn at his kinder.  The teacher opened the meeting by handing us her assessment of him typed up over three A4 pages (to be sent to his school for next year) and said, through tight lips, "So, if you could just read this, keeping in mind it's all true, and all stuff we've already spoken about..." Boded well, huh?

The contents of the assessment basically said that Bryn can be very obstinate when he feels unsure of what is required of him, or how he will perform during an activity.  It said he needs strong, clear boundaries.  It said, he can be slow to start an activity, and avoids participating in some activities altogether (such as singing with actions).  It also said he actively participates in discussions, though he can go off topic a fair bit (!), that he loved practicing for performances for special visitor days, and he was an enthusiastic participant in the incursions and excursions.

Uh, yeah, so he's basically your average 5 year old.  I think she was expecting us to be somehow terribly upset by what she'd written.  Despite having prefaced the reading of her notes by suggesting we'd discussed his difficult behaviours previously, there actually had never been a time when we discussed his behaviour except the one day I helped out at kinder where he COMPLETELY LOST THE PLOT, which seemed to really upset the teacher much more than it upset me.  It surprised me, because well, he's never done that at home, but considering Erik used to lose the plot like that several times a day for 3-4 years in his preschool era, it certainly didn't concern me that Bryn did it once...

I know there have been children at kinder this year who have had much more difficult behaviours than anything Bryn could conjure up (being obstinate pales in comparison to being hostile and aggressive, quite frankly), so I'm thinking maybe the kinder teacher had already had an earful from several other parents who might not have been happy with their children's reports.  She might have been pleasantly surprised then, when we were happy with the report and agreed with her completely on her assessment of Bryn (although perhaps, we're not as concerned about his "difficult" behaviours as she is).  She seems to think he got away with a lot more at kinder than he might at school.  I think she is worrying unnecessarily!

The upshot is, Bryn might not get the lovely Ms S, though, in as much as he's been assessed as needing strong and clear boundaries, and unless Ms S's style has changed somewhat in the past year since Luey was in her class, her more whimsical approach might not be considered clear enough for Bryn.  I'm personally hoping he gets into Mrs P's class (who I also wanted for Erik, but didn't get, Erik's teacher turned out to be great but unfortunately, she moved to another school this year).

OH!  Can you see where Bryn might get his "going off topic a fair bit" from?

This week we also found out that Dave did not get the job he'd interviewed for.  That really put a dampener on things around here.  Dave hasn't applied for another job yet, which he really does need to do, but I think the rejection really took the wind out of his sails.  I had several hours one night of wondering if anything will ever change for the better for us now.  In the end I just had to stop thinking about it, because it's all so depressing, and depression just doesn't get you anywhere...

So, anyway, this past week was a bit of a lull, after the one that preceded it.  I was low on energy, but thankfully it was a warm and sunny week, so that kept me relatively buoyant!

This coming week MUST be about writing, writing, and more writing.  My aim is to get the exegesis written by next weekend.  Only 8-10 000 words, the hardest part is just organising my thoughts.

The following week has to be about the finishing the manuscript, no matter what.  Mum will be coming to Melbourne on Wednesday week to attend a conference on Thursday, Friday and Saturday.  She's staying with us, but we won't see much of her as she needs to be at the conference at 8am each day, and finishes at 5pm.  Still and all, I want to send the exegesis and manuscript back with her to be bound and handed in by the 30th of November.

Tomorrow is mine and Dave's wedding anniversary.  Twelve years married.  Thirteen years living together.  Fourteen years together.  It's bit significant to me because it means we've been married as long as my parents were - and happily so, for several years longer than they were.  We don't do much for our anniversary.  Some years we've gone out to dinner, but it's not something we do every year, and we won't this year.  Just another day at home with our kids...
at November 13, 2010
Email ThisBlogThis!Share to TwitterShare to FacebookShare to Pinterest
Labels: events, Family life, milestones