I was going to post about yesterday's visit by the police, but suffice it to say, Erik and Luey did not come home via the agreed upon route, they therefore found themselves tempted by an open door up at their school, and were discovered trespassing by the police and escorted home, which scared the bejeezus out of them.  Free range fail, or natural consequences score?  Only time with tell.

Meanwhile, I was suitably embarrassed my by own state of unwash and feral dress, and the house's state of mess, to swear that I will NEVER get caught out looking like a feral again!

This got me thinking about assumptions and generalisations, and how they can be manipulated to suit any situation, really...

I mean, my boys were out unsupervised and because they followed their impulses instead of using their eminently capable brains, they got into trouble with the police.  On the one hand, this could be seen, as a friend put it, as a "rite of passage", children will do silly things and who hasn't been escorted home by the police at some stage (well, Dave for one - wish I could say me, but while I wasn't escorted home, I did have to make a statement to the local police over that shed my brother and I burned down when we were 11 and 9).  On that same hand, you might say we were allowing our children to learn from their own mistakes rather than cooping them up at home, under our watchful gaze 24/7, and sheltering them from life to the point where they're too invalid to move out of home until they're 30-something.

On the other hand, we could also be considered neglectful parents.

And my state of slovenliness at 4pm could be put down to being up all night studying for a Masters, living in a small house with four children, prioritising being with my family over cleaning, and it being a lazy Saturday... 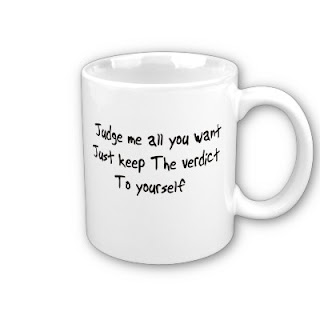 It could be deemed a sign of my lack of caring for myself and my family, possibly even mental illness.

It depends on who is judging and what their agenda is, doesn't it.

I've just seen a debate about Julian Assange where one side is arguing that his determination to reveal Government and Corporate secret, his free thinking, as a result of being home schooled and not broken by the formal education system.  While the other side argued that the his apparently social ineptitude, or even sociopathy is a direct result of not having been socialised through a formal education system.

The thing is, both could be true, and equally, neither could be true, it's all about judgement and agendas.
at December 12, 2010
Email ThisBlogThis!Share to TwitterShare to FacebookShare to Pinterest
Labels: Thinking

The troubles that children face is all one phase of their growing up. JUst take it as a lesson learnt.. Cheers