Loan me some Christmas spirit? 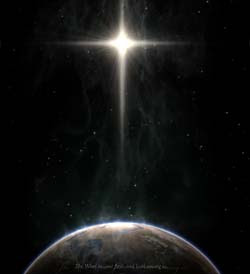 If anyone has any to spare, I'm right here ready to receive it!

I LOVE, LOVE, LOVE December.  It's honestly my favourite month of the year!  It's the beginning of summer, and it has Christmas in it, which gives me the best excuse to play Mariah Carey's Merry Christmas (playing as I write this) and sing along!  People are nicer to one another in December.  Life just feels easier in so many ways.

This year though, I dunno, I can't summon my usual level of inner joy and peace.

I miss my old house.  This house is nice - I love our green walls - but it doesn't feel like "home".  The Christmas tree is sitting in the garage, and I've promised the boys I'll pull it out after my birthday, but to be honest I'm kind of dreading the day after my birthday when they expect to see that tree in the corner of the lounge room  I'll just have to suck it up and do it, and maybe by doing it, I'll unpack that Christmas spirit, too?

Maybe it's just that I haven't finished this bloody thesis yet.  I thought I'd be finished 7 weeks ago.  I have been promised I will be finished by Monday at the very latest - hmmm, we'll see.  Maybe I'll be able to rustled up some Christmas spirit between next Monday and Christmas Eve the following Friday?

We can't source any triple smoked ham, and Erik thinks that means there won't be Christmas, because everything has to be the same.  I've been trying to convince him that traditions can change and it can still be Christmas, but maybe I'm not that convincing because I'm finding it hard to feel "it" myself?

I have to admit, I miss my mum - I haven't spent Christmas with her for 12 years.  I wish I'd appreciated our last Christmas together more.  I was so full of my own need to do my own thing and feeling pressure to be a certain way because Mum always wanted her Christmases just so.  I hope we can have Christmas together some time in the future.

I also miss Dave's dad - he was always Christmas, always cheerful and generous in spirit.  Today we heard that Dave's uncle died last Thursday.  I never met the man because Dave's mum and her sister has a falling out years before I even met Dave and haven't spoken to one another since.  MIL is sending a condolences card, but won't be attending the memorial.  I think Dave is a bit sad his uncle has passed, he was saying before that Uncle Terry was his "funny uncle".  But then he hadn't had much to do with him since he was 18 and hadn't even seen him in the past 20 years.

I don't know Dave's aunt, and from what I hear, she isn't the easiest person to get along with, but I still feel terribly sad for her  My friend Jayne lost her dad just before Chrstmas last year, and last week, another friend's FIL passed away.  There should be a ban on people passing away in December, it's just too cruel.

But you know, those aren't the reasons I not feeling "it".  Maybe there isn't one reason, maybe it's just the end of a long year and I'm too tired to feel "it"...

Anyway, if you have some Christmas spirit to spare, please spread it around because I suspect I'm not the only person not feeling "it" right now, and there are many people who have better reasons that me....
at December 13, 2010
Email ThisBlogThis!Share to TwitterShare to FacebookShare to Pinterest
Labels: Thinking

sending some chrissy vibes your way ~~~~~~ i think once you do your xmassy things, you'll be feeling it, fake it till you make it kind of thing. i got real melancholy putting up the tree, because Audrey was really "getting it" and it was like achieving something, when you know there's no where to go but downhill LOL But the idea of the season is to focus on family stuff right, and it sounds like you are doing that even if you are feeling something different to christmas cheer(tm).