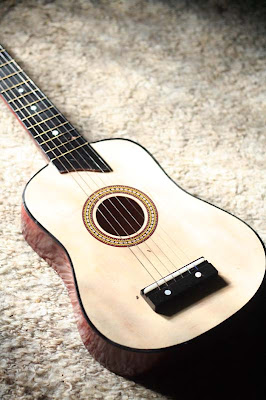 Today is the first day this year, in Melbourne that is, to reach 40 degrees - or so they tell us, though my BOM weather application of my phone says it only reached close to 37 degrees.  We moved into this weather-board house last March, and haven't experienced a run of hot days here yet, so because we weren't sure what to expect, we stocked up on icy poles and made plans to camp out in the lounge room and dining room.  It hasn't been too bad though...

Being the people we are - or rather the person I am - we also decided today would be the day we start NOT putting Ari down for a nap.  He's stay up without a day nap on several occassions recently when we've been out and about during the day, but this is first time we stay home during his regular nap period and don't even attempt to get him to sleep. 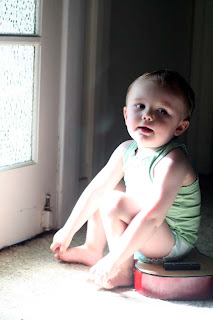 So, come 3pm, with us all stuck in the house because of the heat, and Ari running on vapours, I found myself casting about for something to interest him and save all our sanity (he was starting to throw toys around in an attempt to entertain himself).  I remembered this blog post by Cass at Spy the Harriet, and thought the time had probably come to retrieve the guitar I bought at a market four years ago, from the top of the bedroom wardrobe.

Ari was DELIGHTED, and quite frankly, so were we because he'd started plonking on the xylophone and we were at too close quarter and too cabin feverish and too hot to enjoy his musicality!

Mind you, strumming the guitar only lasted about 45 minutes, and then he had to start using his lateral thinking skills to figure out what else it was good for...  A child's guitar is good for many things, it turns out.  It makes a great hobby-horse!, and it's a great seat, too!  We discouraged him from using it as a stepping stool though. 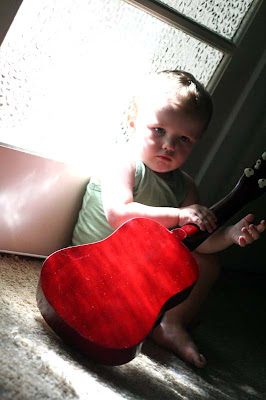 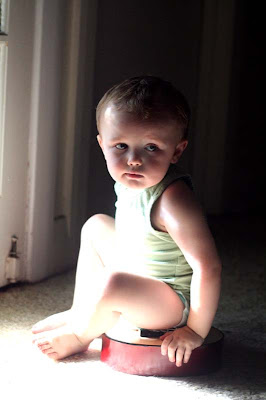 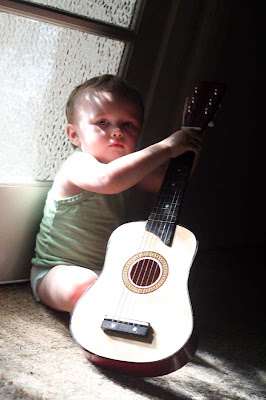 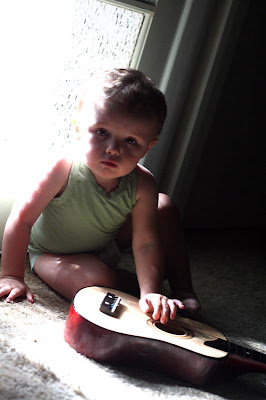 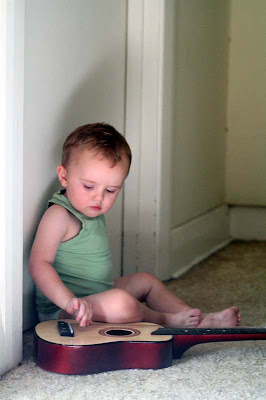 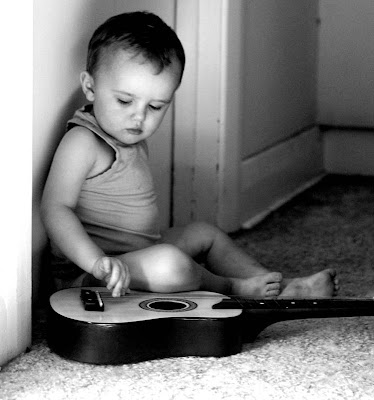 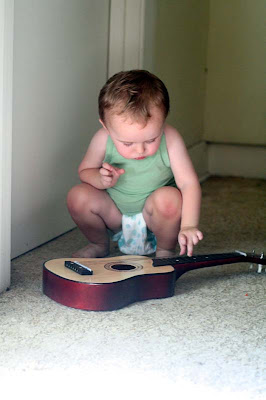 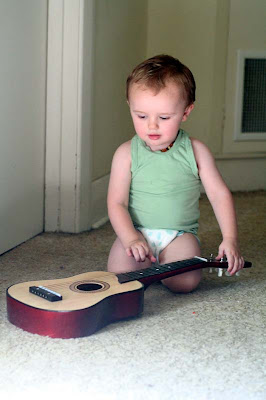 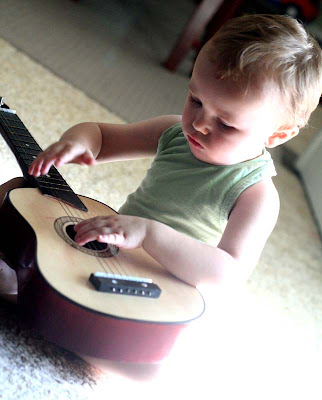 I couldn't help myself - small child with a guitar is a fantastic photo opportunity...
at January 30, 2011
Email ThisBlogThis!Share to TwitterShare to FacebookShare to Pinterest
Labels: Family life, Photos