The dilemma of education... 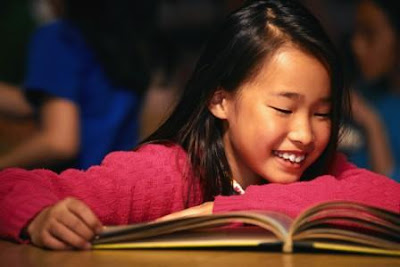 As I've mentioned many times before, I'm a home schooler at heart.  I've often referred to myself as a radical unschooler because I have allowed my children to wholly determine their educational path.  Up the age of 7.5 and 5.5, Erik and Luey were unschooled at home.  Then they chose to go to school, and Dave and I did nothing to interfere with that process, leaving them to determine if they wanted to do homework, and then how much they wanted to do - and always supporting them in their homework, without ever doing it for them.

I've been rethinking it because I always expected them to find school tedious or offensive to their free spirits.  I thought that sooner or later they would ask to leave school again and learn through life at home.  This has not happened.  This year will be their fifth year at school, and they are still as keen as ever to go.  Because they are so very keen to go, Bryn is busting a gut to go as well.

I realise this is most parents dream, of course.

Looking at their work though, I'm finding myself very torn.  The unschooler in me wants to just continue to let them do their own thing, but then there is this other part of me that looks at their spelling and listens to their reading aloud and is simply and utterly APPALLED at the gaping holes (and my children receive straight Cs, so the school is happy with their progress).  This is not because they only do the minimum homework - the homework they are assigned does not even attempt to fill the gaps in their education, let alone reinforce the learning they have(n't) undertaken.

Also, because they've now been in "the system" so long, they have started to adopt the "near enough is good enough" attitude that seems to have spread through the Australia Education System like some deathly virus.

Australia has an appalling literacy level compared to other "first world" countries, and now I see why.

I grew up in one of the most literate (if not the most literate) nations in the world (Iceland, of course :)).  We're lucky, our language is written phonetically.  English is NOT a phonetic language, and yet there is such a heavy emphasis on phonics in the literacy studies at primary school.

Erik suffers terribly because of this because, not only is English not a phonetic language but, Erik is not an auditory learner, so while other children guess at the phonics of words, Erik doesn't even hear the words properly (though his hearing is fine) so has very little hope of spelling words correctly.  He learns far more readily from sight and rote learning (rote learning is vastly underestimated in my opinion).

As well as this, there is such a culture of "Well, he spelled that close enough, so we won't make him feel bad by correcting him on every single mistake", that there are VERY BASIC words (like "here" and "kept" that Erik spells incorrectly - hier and cepped) that Erik is consistently misspelling.  I've printing of spelling lists for grades 1 through 6 (Australian standards) and been working through the lists.  Both boys had a couple of misspellings in at grade 1 level, and quite a few more at grade 2 (and they've completed grades three and four already!).  We have a lot of work to do!

I recently read a very controversial article about Chinese parenting models which was much maligned in the media (even though, on further examination (responses from the author, which also revealed her opinions had been taken completely out of context and didn't actually reflect her current opinions at all) I found it to be quite inspiring.  One cultural view in China is that self-esteem results from accomplishment, and accomplishment results from dedication.  Chinese parents (speaking very generally here) believe their children are capable of everything as long as they work hard, and practice,  Through hard work and practice, you can conquer skills and then those skills become fun because you are good at them - but to get to the fun bit you have to slog through the initial hard work and failures and not give up just because it's not fun yet.

This was juxtaposed with the (generally speaking again) Western attitude that people have talents and can be good at certain things, but no one can be good at everything, so why waste time on those things that are difficult (and therefore tedious).  We tend to want our children to feel good about themselves, so we look for skills that come easily to them and then we encourage those skills.

And yet, it's the skills that are hard earned that bring the most sense of accomplishment and self-esteem!

So, anyway, this article gave me a lot to think about because I hear so many people refuse to try stuff because they feel they can't, they're "just useless at it", and so on, and I've never wanted my children to simply not try - and try hard! - because something is a challenge.

If we only ever did the things that were easy, or only took a moderate amount of effort - things we were already quite good at with little or no effort - then we would never have achieved so much as human beings!

With depression on the rise amongst young people, I wonder if we're doing our young people any favours by not encouraging them (firmly, not just with la la 'don't want to make my child feel bad for trying and failing at the beginning') to really dig deep to overcome a difficulty is some area. 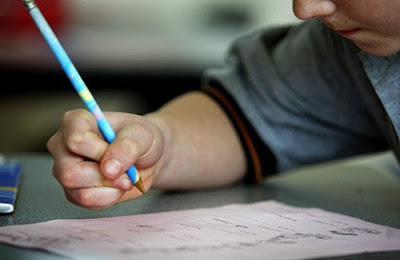 So, this year I'm going to work with my children and steadfastly encourage them to keep working on all skill areas, not just the ones they like (because they're easy) but also the one they prefer not to do (because they're challenging).  I'm going to attempt to fill in those gaps the system seems to be completely dropping the ball on (the basic three Rs), and see if we can't come to the realisation that hard work can lead to greater sense of self-appreciation than simply doing what feels good!
at January 17, 2011
Email ThisBlogThis!Share to TwitterShare to FacebookShare to Pinterest
Labels: Family life, human development, milestones, Thinking

I found that Chinese mother article really interesting, especially regarding the resilient versus vulnerable stance on children's psyche. A lot of great parenting information comes with a real undertone of fear regarding mucking up the kids' heads. I think we fail to notice it with information that resonates with us on other levels, and notice perhaps more when it is not present. We don't see "i did x and they turned out ok" as confidence that we are resilient or a larger perspective but rather a glib refusal to to look at negative consequences of a choice.

I feel like a bit of a mixed bag when it comes to an educational approach. I don't think stuff touted as boring necessarily is. How can we be so confident we need to accomodate different learning styles then write off long used methods as "boring" and likely to damage ones capacity to learn throughout life? I really think they have a role in making a strong foundation for lifelong learning and found that article thought provoking about communicating and supporting expectations.

It is interetsing that back when school was especially regimented and social mores much tighter than today, we actually allowed kids a hell of a lot more physical freedom. It seems as much as we try to redress imbalance we just move it about!

Oh my goodness! I'm hoping I've found the right person - are you Sif from the australianunschoolers yahoo group? I'm thinking you are. If so, what a lovely, lovely surprise to find you here in blogger land via InkPaperPen!!
I also blog, Sif and I remember enjoying discussions with you over at australianunschoolers before your boys went to school. I felt really sad when you no longer posted as I enjoyed reading yuor posts so much. How lovely to accidently come across you here:) I'm Kim, mum to Lewi, who I think is a similar age to your Lewy? Lewi is still unschooling and loving it. Would love to keep be in touch again.
I look forward to reading more of your lovely, lovely blog.