I saw the following list of questions posted on a forum yesterday, and thought I might post them along with my answers here because I wanted to navel-gaze a little...


1. If you could have one person you've lost touch with call you up tonight and invite you to dinner, who would you want it to be?


If it made that person call me, I have to say there are more people than I can count out.  This got me thinking...  How DO I manage to piss people off so much...  I have three friendships in particular where I've pissed the other person off doing stuff that really would not piss me off enough to never talk to them again.  In fact, each of those people did things to me which were - to me- more offensive than anything I did to them and yet, I would STILL accept a dinner invite.  Was talking to a friend about it the other day, and realised they (the three I'm talking about) are all the same star sign!  This might be a coincidence, or it might actually mean something (like "don't bother making friends with people of this star sign because you're just not sensitive enough and they're too sensitive!").


For the record, there are many other people from my past I'm no longer in contact with who I'd love a dinner invitation from, including the first true love of my life, but somehow not being in contact with them is a peaceful thing, not something that irritates me.  It's hard to explain.  Maybe it's because the irritating people lurk around the periphery of my life, not altogether gone, and I feel stuck.


2. If you had to choose the single most valuable thing you've ever learned, what would it be?


But there are equally valuable things I want to list here...


~ We always have a choice, the excuse, "I had no choice" just is not true. There is always a choice, we might not like all the outcomes but there is always a choice.
~ Oppression is a state of mind and the greatest oppressor lives within us.
~ Perfection is most often recognised in hindsight.
~ There are two emotions, the first is love, everything else is fear - if you can realise the source of the fear, it can be transmuted to love.
~ You cannot agree to disagree, that is an oxymoron!

3. If you could decide how to spend your last day alive, what would you do with your time?


I would probably wish I didn't know it was my last day!  I think I'd live as if it wasn't my last day, because I'd feel that doing anything else was false.


4. If you had to identify the time or moment in your life when you felt the most free, when would it be?


There really hasn't been one moment where I've felt the most free.  Is there really "degrees" in feeling free?  Isn't feeling free like being pregnant?  You can't be a little bit free, you either are or you're not!  I tend to feel free in glimpses, and luckily for me it happens fairly regularly, even in my darkest moments, I still get glimpses, realisations of, feeling free.  Sustaining the feel is hard though!  Maybe we're not supposed to sustain the feeling of freedom, maybe if we did we'd all become sociopaths, never answering to anyone or anything but our desires.


5. If you could accomplish only one thing in the rest of your life, what would that be?


This question is the one that prompted me to post my answers to these questions here rather than on the forum.  My immediate and most honest answer is "get one of my books published".  However, the nature of these questions seems to suggest that the answer should be more generous, particularly if you have children.  I saw other's reply that they would want to be the best parent they could be, which is, of course, what every parent wants.  If not the best parent, then the best partner, child, lover or other relationship based person one could be.  I guess I'm compelled to couch this in terms of "the thing you haven't achieved yet", which for me, excludes all relationship I currently have, because I'm ALREADY working on being the best I can be in a relationship (with mixed results!).


6. If you had to name the one possession that means the most to you, what would it be?


For me, this would have to be something I couldn't ever replace.  In which case, I'd say my Grandmother's sandalwood fan.  It's nothing special to look at, but it reminds me of her, and feel that she and I have more in common than I ever realised when she was alive.

7. If you could sing any one song beautifully and perfectly, which song would you choose?

8. If you had to name the most difficult goodbye you've ever said, what would it be?


None that I've actually said were particularly difficult.  It's one, in particular, that I didn't get to say properly that haunts me.

9. If you could be on the cover of any magazine, which magazine would you choose and what would the caption say? 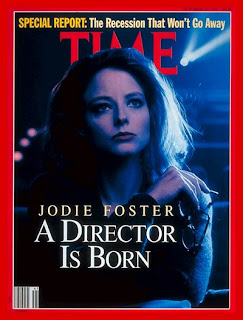 This question seems incongruous with the others, suddenly jolting me out of my private mind into a world of lights, camera, action!  I don't read magazines, so I can't even think of anything outside the narrow mainstream.  How about TIME magazine, with the caption "Sif Dal: Mother, Writer, "Feminist Hater".
at January 07, 2011
Email ThisBlogThis!Share to TwitterShare to FacebookShare to Pinterest
Labels: philosophy, Thinking