When your day runs away with you!

Yesterday, I'd planned to blog about Icelandic Women's Day. I hadn't realised until I copied a friend's Facebook status about women gaining weight/wisdom, that Sunday was Women's Day in Iceland. Being Icelandic, they never do things the way the rest of the world does things - I think Icelanders are contrary by nature - so, while the rest of the world celebrates International Women's day in March, Iceland does it in February. I looked Women's Day up on Wikipedia, and had a bit of a giggle, because Women's day is preceded by Husband's Day in January, but quickly followed by BEER DAY on the first of March! (obviously everyone needs a beer after Women's Day; poor men who had to do for their women folk, and poor women who had be on the receiving end of all that attention!!!)

Beer Day is a recent addition to the Icelandic holiday calendar, I'm pretty sure, because Iceland didn't even have beer (legally, anyway) until 1989!  It was prohibit between 1915 and 1922, but not legalised until 1989.  When it was legalised, there was such excitement they decided to celebrate its legalisation every year - or so it seems!

I didn't get to writing about Icelandic Women's Day, or Beer Day (coming up soon!), because what was supposed to be a quiet day at home ended up not being so quiet at all!

We started the day as planned, by going to assembly.  I took some photos of the boys sitting with their classes in the big hall. 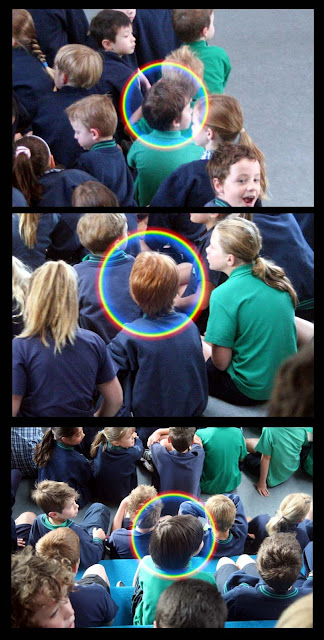 It's a big deal having three kids in the same school at the same time, or so it feels.  We certainly don't have the most kids at school from the same family, there is one with 5 at the school at the moment, but three is quite a significant contribution, I think.  We also have one child in each part of the school; junior, middle and senior, this year, and this is the only year that will happen - so it was a picture worthy moment for me!

Then Dave, Ari and I headed home.  My plan was to some vacuuming and dusting before picking Bryn up after lunch.  Dave had plans to got run some errands for hi mum.  None of this happened because just 40 minutes after returning home, Dave took a call from the school nurse.  Nothing untoward had occured, it was simply a case of lice which meant one of the boys would need to be picked up immediately and taken home for treatment.  Dave said he would be right up, and would take all three boys because it was likely if one was infested the other would be too.  The nurse was quite happy with this arrangement.

The back story is that Erik and Luey - in particular - have been growing their hair out.  Erik is forever brushing his long, long fringe out of his eyes in Justin Bieber fashion, and Luey is looking more and more like Ron Weasley of Harry Potter fame every day.  I've been wanting to cut their hair for ages!  They wanted to grow it, so we had a problem.  We decided to agree that as long as they kept their hair clean (washed it regularly so it didn't look lank and greasy) and they didn't have nits, then they could continue to grow it.  However, first sign of nits in any of them would mean instant no.3s all around...  I wasn't devastated when the school nurse called. 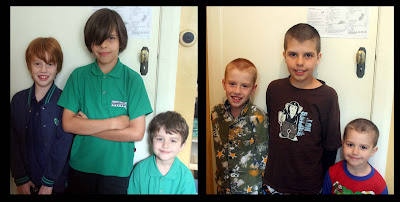 If only it had been a simple matter for getting the clippers out!  Sadly, our good clippers had started to rattle and shake and make a horrendous racket, and Bryn and Ari were afraid of them.  I had bought a cheap set, but it turned out they didn't cut hair at all!  So, I had to go to the shops and spend money set aside for driving lessons...  Our local shopping centre was completely sold out (seems other people had the same idea as us!), so I travelled on to the one further away from home.  With clippers in hand - and a cape, because the boys complain so much about being itchy if I cut their hair with them just in undies - I hopped on the bus home.  Only it turns out I hopped on the wrong bus and was headed AWAY from home instead.  I had to get off, get back to the shopping centre and hop on the right bus!  By the time I got home, Dave was ready to send out a search squad! 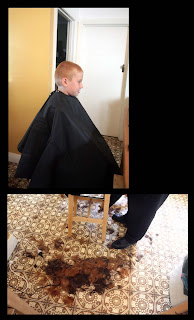 Luckily, the cape worked wonderfully and in an hour I had a mass of blonde, brown and red hair on the kitchen floor! Even Ari got a cut - just to be on the safe side.  He was very brave and only cried a little bit until Dave came and talked to him.  He looks so gorgeous - he reminds me of Bryn at this age. 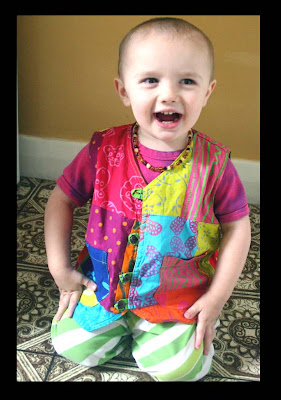 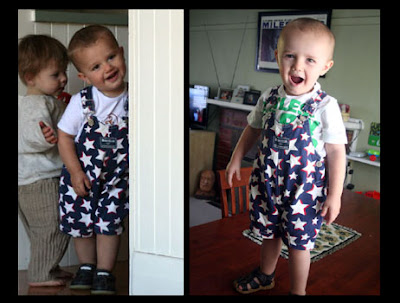 And with this short, short hair, I find myself calling him Tin-tin!

So, yesterday didn't quite turn out the way we thought it would...

I have to say - going through some images online...  Erik, still kind of has a Justin Bieber haircut...  Oh dear... 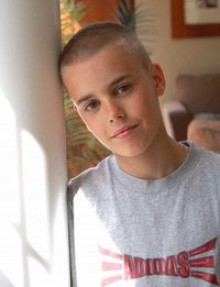 My sister-in-law is from Iceland; I cannot wait to tell her beer day is coming up!

Yes, Icelanders do get around! I'm not a fan of beer myself - mores the pity when I'd have such a great excuse for indulging!