Who needs a pool, really?

With summer finally making an appearance in Melbourne, I've been thinking about getting out the paddling pools for Ari. We bought these clam shells for Erik waaaay back in 2000, and for a while we used one as a sandpit and one as a lid - and then Erik just kept tipping all the sand out so we gave up on that idea. I've only used them as paddling pools on a couple of occassions since - because it all seemed so hard to be out in the yard watching them all the time, and then they just seemed too big for a paddling pool. Recently though, and probably because Ari is my last chance at this, I've been thinking of using the shells as they were intended. I just hadn't gotten around to it. 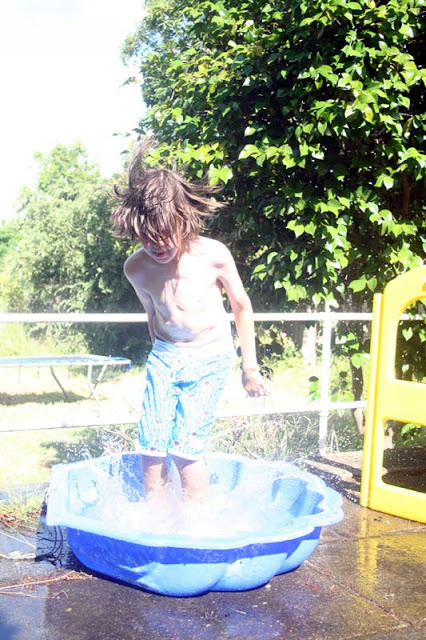 Then yesterday, Jayne and Sienna popped around for a visit. At first we sat in the kitchen, enjoying icy poles but Sienna was keen to go outside and wanted her mum to come too (because even though she knows all our boys well, I guess being the only girl can feel a bit awkward at times). So, we went and sat outside, and I realised their was plenty of shade on the patio - enough for kids to run around naked in a paddling pool - so I finally got my act together and set a clam shell up with some water. Ari, Bryn and Sienna were all keen to get in but then - to my surprise - so were Erik and Luey (though they felt they needed their own shell for more space). 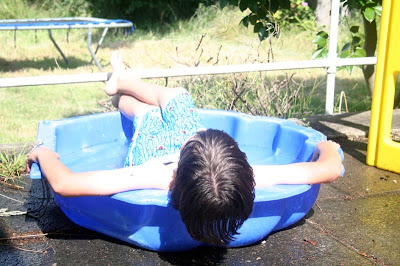 All the kids had a ball!  I was really surprised at how much fun they actually had and I wished I'd thought to set this up earlier! 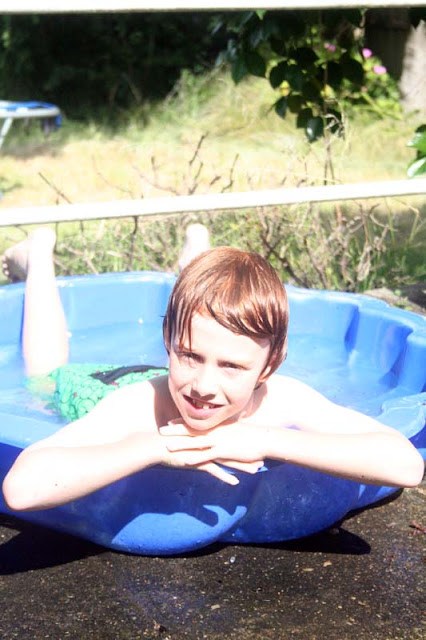 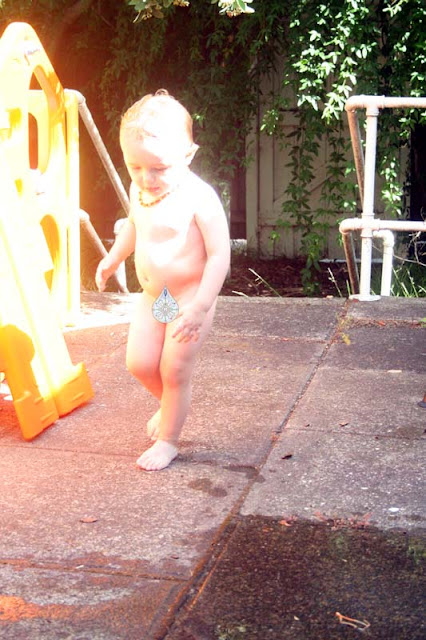 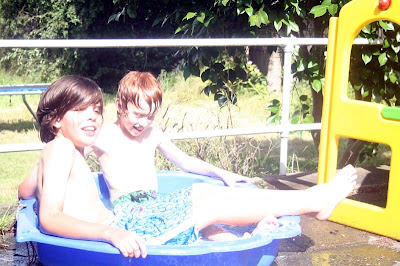 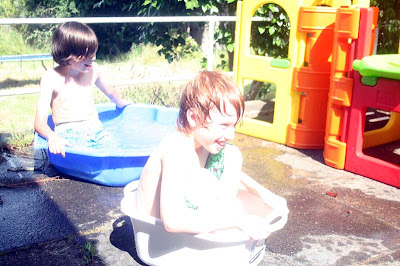 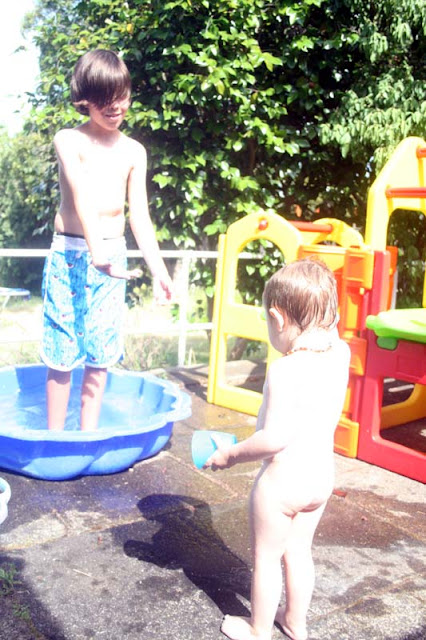 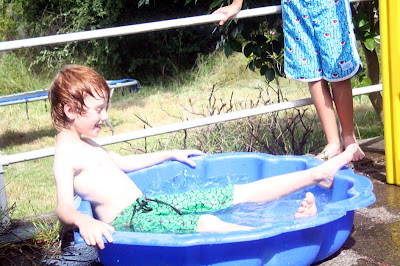 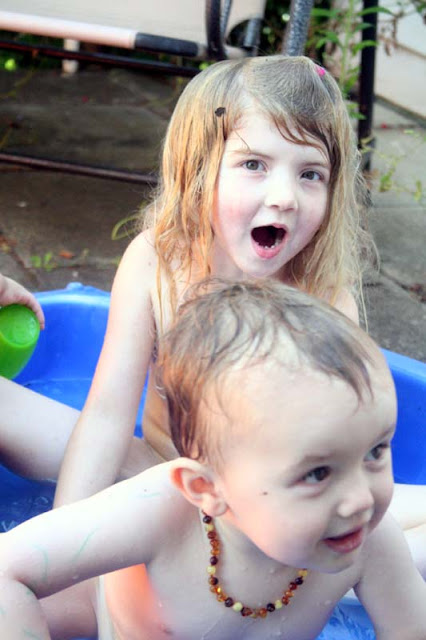 Sienna is such a character!  It dawned on me this morning that six years ago today I was at Monash hospital with Jayne and our mutual friend Jennifer, acting as one of Jayne's birth attendants (or doulas as they're often called).  After many hours of grueling labour Jayne had given birth to Sienna (standing, no less, I can't get over the fact that she was strong enough to STAND and give birth, my legs always going wobbly at the end!). 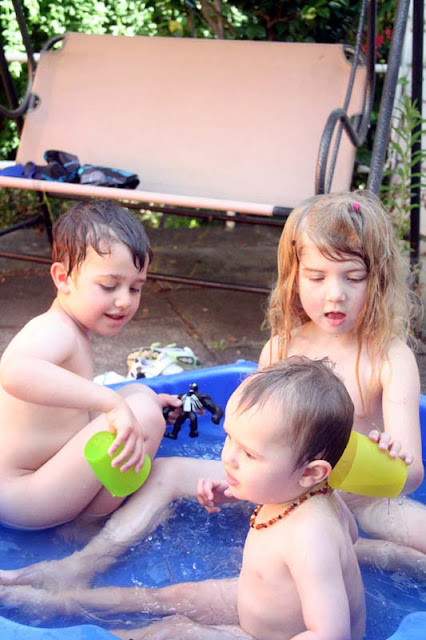 From the VERY FIRST MOMENT Sienna was alert and calm as calm, but oh so feisty!  She was just this tiny baby, minutes old, but she had such a strong presence in the room, I knew straight away she would be in the driving seat of her life!  After six years of knowing her (she turns six in the wee hours of tomorrow), that opinion hasn't change one iota! 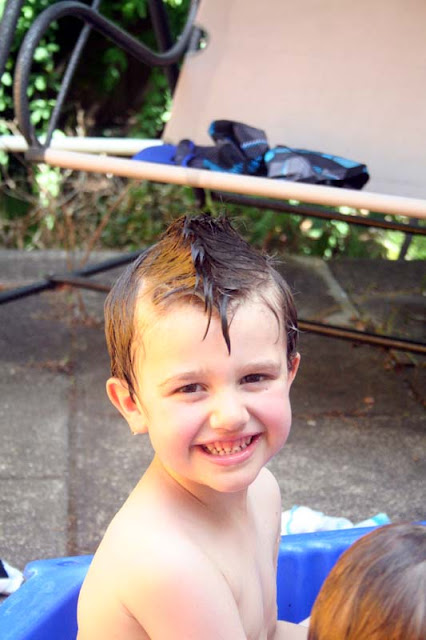 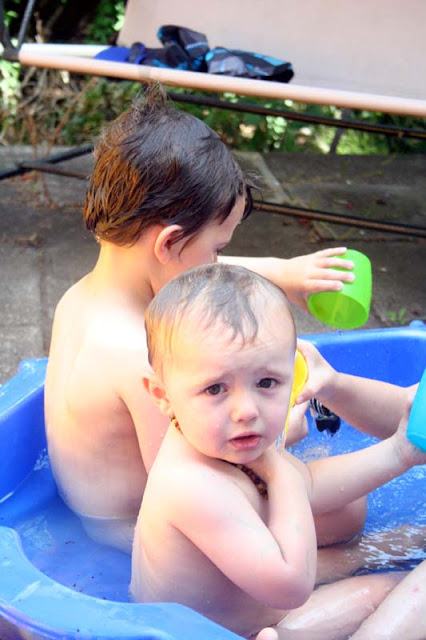 Despite the worried look on Ari's face, he's actually LOVING the water, and even loved having water tipped over his head over and over again by the bigger kids - it's quite another story when he's in the bath, oddly enough! 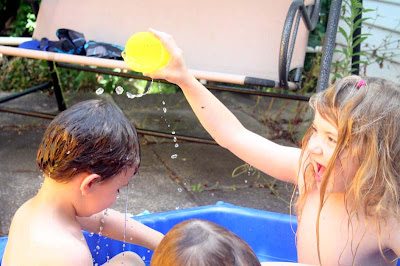 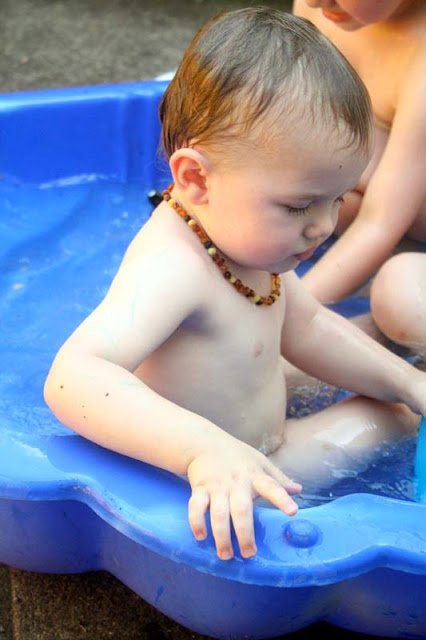 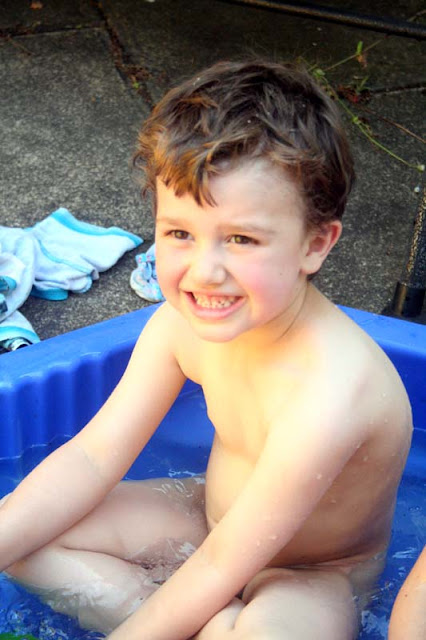 I can't get over how much Bryn has grown this summer!  On Monday he starts school!  He's very excited! 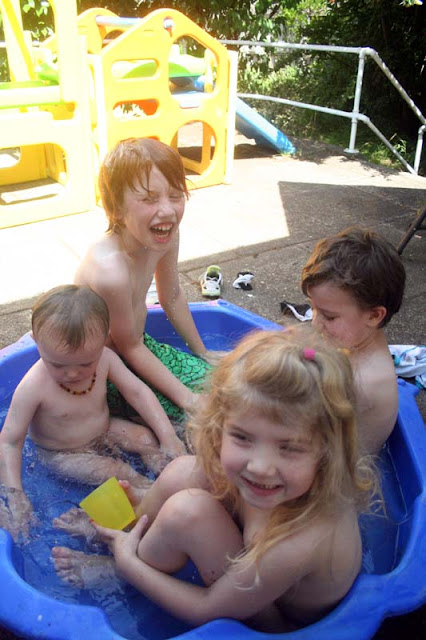 These last two photos remind me of photos my mum has of her brothers and sisters in a blow up paddling pool in Sydney in about 1969 or 1970, just after they emigrated to Australia (for a couple of years before moving back to Iceland).  Paddling pools must be iconically Australian, don't you think?  Something about children huddled in four inches of water in next to nothing - or in nothing at all - seems to scream "Australian Summer Favourites!" to me! 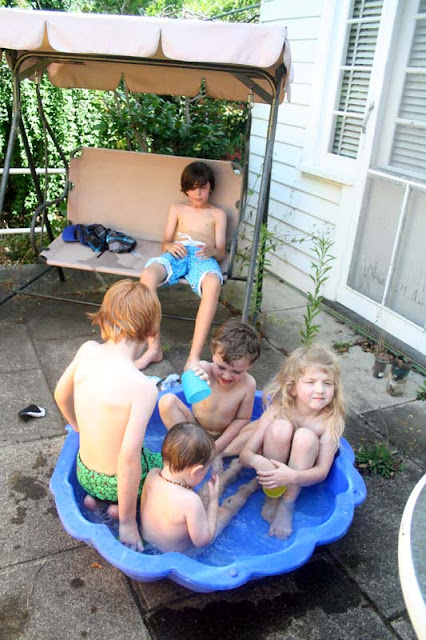 Yes, a swimming pool is probably very cool, but it just doesn't have the same community, enjoying the simpler things in life feel about it that a paddling pool full of excited children has!
at February 03, 2011
Email ThisBlogThis!Share to TwitterShare to FacebookShare to Pinterest
Labels: Family life, Photos