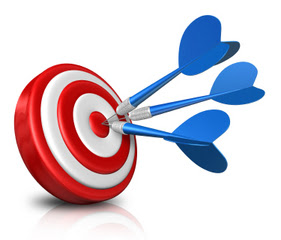 I was just asked by Jen at Jemikaan which bug bit me to make me start doing all the walking I've done in the past week.

The quick answer is that I've always loved walking - I'm a Sagittarius and we're well known for our love of movement and particularly for our muscular legs (don't everyone fall over laughing at once, I have muscles in my legs, they're just well camouflaged so other people don't feel intimidated by my great sporting physique).

However, it is true that I haven't had this level of walking lust for a while, probably for about five years actually. Back in 2006 I went on quite the walking bender, and walked many kilometers every day - I lost about 32kg that year, too! In the intervening five years I've been less inclined to walk and have put all that weight back on (plus an extra 3kg, of course, because that's the law - google it and you will see!).

Mind you, I've also been pretty busy in the last four years. I found myself all caught up in baby lust in 2007, and late that year I also started the Masters I've just graduated from. I love studying as much as I love walking, but let's face it, studying is draining, maybe not physically, but emotionally and mentally and I found it hard to "get out and walk".

Then I fell pregnant, and I have to admit, I kind of thought I didn't need to walk then. You see, in my first three pregnancies I lost weight, so I thought I'd just sit back and gestate and lose weight. Murphy had other plans and for the first time ever, I gained weight, not much, but some.

After Ari was born, I was quite sick for a few months, so didn't walk then - I tried odd bits here and there, but I just wasn't feeling it.

Then I started to stress out about my studies, and about trying to get a job, and so on, and all that stress meant that walking looked like a burden rather than a release.

This year, this last week, something has changed, and the change has been so drastic that I have had people comment. I've gone from not wanting to move at all to walking at least 6km a day. Six kilometers isn't that hard for me, really. As I said, I think I'm innately physical, even though the lazy is strong within me! I'm an endurance, uh, what's the word I'm looking for here - not athlete - person? I'm not fast, but I have the mental capacity to "just keep going" even though it feels hard in the moment. In fact, I thrive on the challenge. And that there also explains why I'm walking right now...

I have no other challenge in my life. My baby sleeps at night - all night! I'm not studying. I'm not working. I am trying to do some writing, but writing is like breathing for me, I have to do it. So, as soon as I graduated and returned home last week, I realised I had this great open vastness of nothing in front of me. I do have to prepare for my PhD next year and I do have a toddler at home, but those things aren't enough of a challenge.

Walking pretty much keeps me from going completely insane from boredom, I think. It provides a challenge, a goal, an outlet for my frenetic energy. As Dave said to me last week, "This is when you're dangerous, before you find a new focus, when you might decide to focus on me and make my life miserable!" I'm a driven person who needs a focus or I become unbearable to live with!

The bug that bit me was the "I need a goal' bug.
at April 19, 2011
Email ThisBlogThis!Share to TwitterShare to FacebookShare to Pinterest
Labels: events