We're big fans of board games in this house - some people call them bored games - but for us, they're a great source of fun, challenge, and well, FUN! 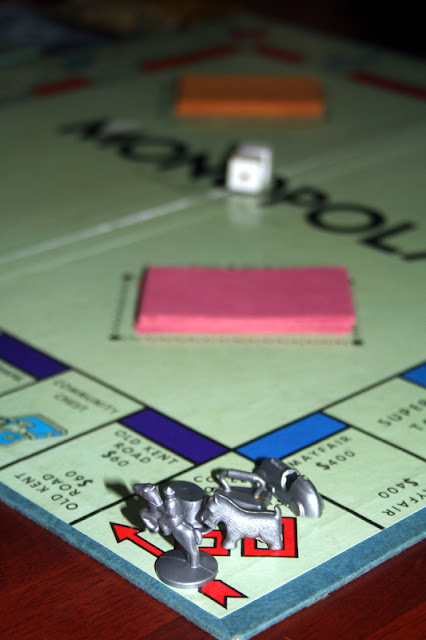 Monopoly is the all time favourite - we play on the board my husband and his parents played on (it's about 40 years old). We only ever play the short game (that's on a timer, usually 90 minutes, but we have been know to play a super fast 45 minute game), but one day we'll do a marathon game - when Ari is old enough to play, too!  The recommended age range for monopoly is 8 years and up, but our Bryn (who is currently 5.5 years) has been playing it since he was three years old and now at five, he's an old hand. When he was younger, we'd let him get up from the table and go do other stuff if he got restless and one of us would play his turn (which helped the older boys learn about putting themselves in someone else's shoes and playing as if it was their turn instead of their brother's turn - so learning to be fair!). I believe children younger than 8 can certainly play monopoly as long as they are supported and have their choices explained to them. 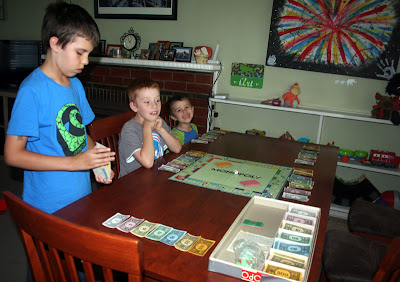 Playing Monopoly is a great social event and gives us all a chance to chat and muck around (without going completely silly). We are quite competitive with one another, but always mindful of 'good sportsmanship' - so the sight of someone 'praying' that another player won't manage to roll an eight and have the option of buying a street or station or utility, isn't uncommon in our house - but as I said, all in good fun, no pouting or spouting allowed! 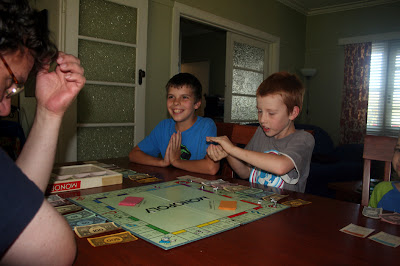 Monopoly teaches a great range of skills including gross and fine motor skills... 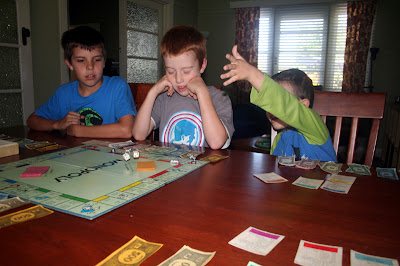 Sorting, number recognition, counting, colour recognition, and basic maths. It teaches children social skills such as taking turn, waiting, sharing, sometimes having to sit out or lose, and how to win gracefully. 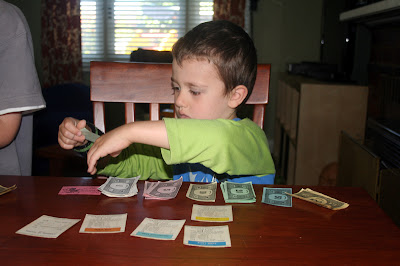 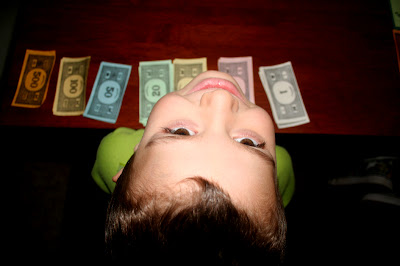 Playing along with Childhood 101: We Play.
at April 26, 2011
Email ThisBlogThis!Share to TwitterShare to FacebookShare to Pinterest
Labels: Family life

my big girls love this game too - they are at the stage now that they can play it on their own too (although they tend to make up their own rules and names for properties such as the orphanage and homeless shelter!)
xxxCate