It has nothing to do with being a Royalist...

Yesterday, it was announced that the Queen had banned The Chaser from providing commentary on the upcoming royal wedding of Prince William and Kate Middleton. Most of my friends are pretty upset by this announcement, they should probably not read this blog post (because it might offend their sense of democracy further) <-- That's it, that's you're warning ... 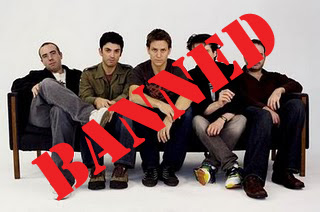 I cheered when I heard The Chaser commentary had been banned!

I have never been a fan of The Chaser's brand of humour, even when it was directed at worthy causes.  Satire is defined as:

1. The use of humor, irony, exaggeration, or ridicule to expose and criticize people's stupidity or vices, particularly in the context of contemporary politics and other topical issues

The Chaser claim to be satirists, and possibly they are when it comes to political or celebrity figures, but I fail to see how Prince William or Kate Middleton have managed to draw such attention except that they happen to be either born into the British Royal Family (through no choice of their own), or marrying into it (which has doubtlessly more to to with being in love with a royal, than actually wanting to be a royal). My family (my various parents, grandparents, siblings, aunts, uncles and cousins) have said and done stupid things and exhibited vices, which in NO WAY represent me (and likewise I them). Why should Wills and Kate be judged by association?


Okay, I do understand that many Australian's feel we should be a republic (I wholeheartedly agree!), and feel that we are being thwarted by old-fashioned royalists in our attempt to liberate ourselves from the Commonwealth, but well, isn't satirizing this wedding just a tad like misdirected frustration? If royalist annoy you, have a go at them, not at some poor couple who just want to get married and be left alone.


Perhaps this is some left over tall poppy syndrome - which, by all accounts, took root in the sense of rejection which came from being the dumping ground of the Motherland. Seriously though, when is Australia going to grow up and stop thumbing it's nose at England like a petulant teenager whose just been sent to their room without their mobile?


Princess Di was hounded by the paparazzi, hounded to death. Since then Wills has had a fairly antagonistic view of the media as a whole - and really, who blames him? I would be willing to bet that if he wasn't bound by custom, and the pressure of a global nosey Aunt Nellie attitude, he'd be more than happy to have a private wedding - sure as hell he's not going to let some snide, up-themselves, sychophant-fishing bunch of sociopaths (the ends justifies the means, and they are the authorities on all reality - if you don't agree with them, you're just naive or blinkered) drag down the tone of his wedding, would you?


The Chaser has reaped what they have sown. I know a lot of people think they're clever, but obviously they weren't clever enough to realise that their reputation would precede them.  Suck it up, Chasers, what goes around, comes around, and all that...


I'll be voting for a republic because Australia doesn't need the Royals, but I believe in a fair go for everyone, whether you're a 'commoner' or a 'royal' - no one deserves to have the piss taken out of them on their wedding day - no even Wills and Kate.
at April 28, 2011
Email ThisBlogThis!Share to TwitterShare to FacebookShare to Pinterest
Labels: Thinking, writng