Some days as a writer are EXTREMELY FRUSTRATING!!!

Yes, I am yelling. My apologies for that.

Today I received a rejection letter for my novel. It was the first one, and on the whole I'm okay with that. They said my novel didn't suit their list. That could mean anything, of course. It is the most polite way to say, "You have to be kidding, right? As if we'd publish THAT!" I'm okay with that, many fabulous writer's have been told the very same thing over and over and over again. The answer is to keep assessing and having the novel assessed by people who know, and to keep working on improving the novel. I found some lectures I'm going to sign up for in May to do just that!

This is extremely frustrating because it's so difficult to get published in the first place, especially when publishers don't even confirm that they're not interested in your manuscript and other publishers don't want manuscripts that have been submitted elsewhere.

Today, I feel like pulling my hair out (lucky I don't have any hair to speak of). 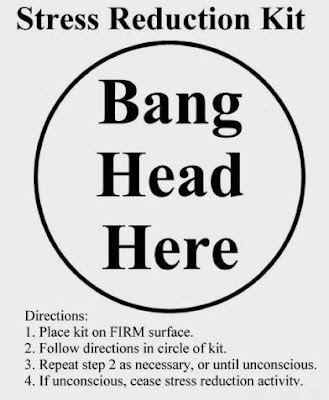 at April 20, 2011
Email ThisBlogThis!Share to TwitterShare to FacebookShare to Pinterest
Labels: writing