Why you have more chance of getting published than winning the lotto! 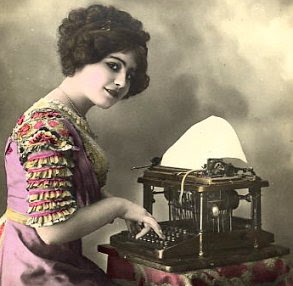 I completed my first submission for my current manuscript last night. I haven't submitted many things in the past. Often when I submit my work it's to places where I already know I have a better than even chance of being published, so I haven't experienced the sting of rejection often.

I have heard from many, many writers that rejection is something we all have in common, and for the vast majority (yeah, about 99.9999999%), being published on their first submission just doesn't happen. In fact, some of the most successful writer's in the market experienced copious rejection before finding a publisher to accept their work (everyone knows J. K. Rowling's tale of publication).

So, even though I've submitted the manuscript and I live with the eternal hope of every writer - that an editor will love my characters and their story as much as I do - I also know I've more than likely just lined up for my first major rejection, the first of many.

I choose to view that as "paying my dues" though. I mean, it puts me in excellent company, doesn't it?

People like to tell horror stories about slush piles at publishers being used as seating in coffee breaks by editors, and how only 1 in 12 000 unsolicited manuscripts might ever get published and so on and so forth, but I quite like those odds! Only 1 in 16 million Lotto ticket holders win the Lotto! So, my chance of getting published is better than my chance of winning Saturday Lotto - considerably better!

Not only that, but every punter playing the Lotto has the same chance of winning as every other punter - it comes down to luck - there is no skill in winning the Lotto. However, you can easily better your chances of getting published, all you have to do is keep writing, keep improving on your skill-set and your craft and keep submitting, not only to major publishers, but to journals and minor publishers as well.

Okay, so a major Australian publisher receives 3000 unsolicited a year, chances are at least half of those are utter rubbish! At least half are riddled with spelling and grammatical errors, full of clichés, or Harry Potter with a different title. The other half are probably written with a greater level of imagination and skill, and still those will come in degrees, so if you keep honing your skills, eventually you will end up at the top of the pile and some eager editor keen to make a name for him or herself will ask if they could please pursue your manuscript!

As I said, I like those odds!
at April 04, 2011
Email ThisBlogThis!Share to TwitterShare to FacebookShare to Pinterest
Labels: writing

Thanks! I sent off my second submission. We'll see how it goes!

The odds are def more in your favour than lotto! And I like the skill element. Crossing everything for you!
PS I love the pic of the 19 cent lady at her typewriter!

It's a great picture isn't it - I reckon she was a force to be reckoned with by the looks of her!