Do you know that feeling when you see something GORGEOUS that you really believe you must have? I do. I'm feeling it right now, for this dress... 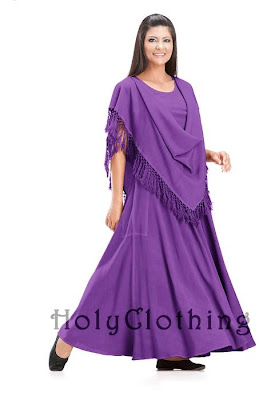 At the moment, I have a panicky feeling in the pit of my stomach because I have no money to buy this beautiful, versatile dress (the top skirt of the dress buttons up on the shoulder to create a shawl effect - pure genius - I love clever clothing!). I'm sure, if it is popular and sells out fast, it will be re-released, but I WANT it and I WANT it NOW!
Other things I lust after include...
An iPad 2 with a blue cover - the cover connects to the iPad with magnets and the segments can be folded back on themselves to create two kinds of stands for the iPad. I know iPad 3 will be out in no time, but the iPad 2 has the beveled edge I like the feel of with my iPhone 3GS (I think the iPhone 4 is blocky to hold).
Last night I was introduced to Fluevog boots... This morning I was shown these...
I can't even express my feelings for these boots... Also theses...

And just one more, for summer...

This is how we think these days, isn't it. I want. And we're encouraged at every turn. Yet, our lives won't actually be better for having these things - I think... I think this because I have wanted things in the past, and then when I get them, I love them - I'm always so happy when I get something I've lusted after for a long time, and my appreciation for the object often lasts the lifetime of the object as well (like my Bugaboo Bee pram, which I adore), but few things actually make my life *better* (though the Bee actually has made a huge difference to the quality of my life in that it make it so easy for me to out and about with the smallest Bird). And the Well of Lust is ever rejuvenating. I find I never reach the end of the list of things I lust after. There is always something else...

Because I'm a believe in conspiracy theories I often wonder if we - the lucky people at the top of the world's wealth pile - aren't being sedated by all this lust for things. While we're distracted lusting after STUFF, are we insulating ourselves from the reality that most other people in the world not only have no access to the things we want, but they have no access to the things we take for granted - food, water, shelter, education.

I feel so torn - as if there is rope tied to each of my wrists and those lengths of rope are being pulled in opposite directions... Is that another conspiracy?

Maybe the Hindus - some of them - have it right? Maybe feeling guilt over privilege is a waste of time and energy because we all have paths to walk, and we all walk all the paths at some point.

Things to think about...

PS. I still WANT that dress!
at June 11, 2011
Email ThisBlogThis!Share to TwitterShare to FacebookShare to Pinterest
Labels: Thinking