What is the point of social media? Are they a purgatory? 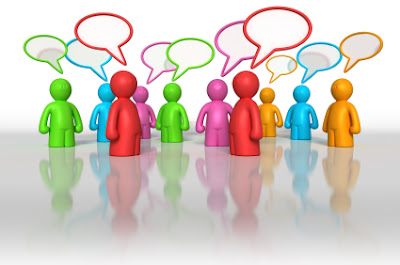 This is a question I've been asking myself for the past few days. I've been contemplating a serious cull of my "friends" on Twitter and Facebook. Not because I don't like particular people. Not because I want to send any kind of message to anyone. Only because I've come to realise I have people on my social media networks who I really don't interact with. People who aren't really interested in any kind of interaction with me, per se. I've found myself wishing these people would unfriend me so I would know for sure that I wouldn't be offending them by unfriending them.

It's more that we once had some kind of relationships - some very tenuous, some on a deeper level, but those relationships have grown apart, and now we simply occupy the same space without any actual personal connection other than possibly seeing each others status updates without any compulsion to respond whatsoever.

I've been wondering what the point of these kinds of relationships are to me and to other people. Am I simply "collecting people", so I can keep some sort of gallery record of the various people I've spoken with and had things in common with over time, but now are more like animated momentos of the past? Is that what I represent to other people (I'm not at all offended if it is).

Do you hang onto contacts you never actually interact with?

I do use Facebook and Twitter for different reasons. Facebook is more for keep up with family and friends, and to a greater degree I'm happy to just bear witness to people's lives on Facebook (is that what people want, or am I actually just being a voyeur - I'm not sure. I don't know if it would upset and offend people if I decided to no longer bear witness to their lives, or if they would feel indifferent to that?). Twitter is a medium I tend to use more for keeping abreast of industry news - for me Twitter really is more for potential networking. So, on Twitter, I feel more inclined to cull extraneous chatter, however, I've come to the understanding that others view Twitter as even more a friends space for connection and that culling people there is more likely to be considered an act of "breaking up" with a friend than on Facebook.

This makes me sad, but at the same time, I could do more to connect with old friends. I could initiate face to face contact, but I don't. The reasons I don't are many. Fear of rejection rates the highest amongst them. Rejection might not be direct, it might be simply not responding to a suggestion to meet up, or always being busy and having other commitments with other people which take priority. I have to admit I don't fight to catch up with people because I don't want to be annoying if they simply aren't interested and don't want to say so.

Agoraphobia plays a bit part, as well. It takes quite a lot of energy for me to connect with people I don't feel completely safe with, people I feel I need to impress for them to justify having spent time with me. Time is another factor - in as much as I'm reliant on public transport and most everyone I used to be closer friends with live at least two hours travel (each way) away, and travelling for four hours especially with a toddler in tow, on public transport is a disincentive.

So, what is the point of social media for you? Is it to stave of isolation and a sense of disconnection? Is it entertainment? Is it voyeurism? Is it a distraction from everyday stresses? Do you keep people you don't really know or interact with and why? Is it to boost your own sense of popularity? Is it simply to be polite? Is it in the hope that old connections will rekindle or is it in the hope of deepening new connections?

I often wonder if I'll ever see some of my old friends that I have on Facebook or Twitter again, or if our friendship has been relegated to a cyber existence only and if that is a false sense of friendship, a shadow of what once was that will never really have any body ever again and would normally be transformed into memory, but these days is kept on life support via social media?

Is social media a purgatory for friendships that never quite got started or that have actually passed but can't quite let go?
at June 02, 2011
Email ThisBlogThis!Share to TwitterShare to FacebookShare to Pinterest
Labels: Thinking

Hmm you're asking the tough questions!

I would say that if there were no social media I may be able to maintain at most 3-5 friends. One or two close, 2 or 3 less close, maybe one or two once a year contact and all else acquaintances. And given I have three children, two at school and are tethered to my neighbourhood much of the time that is probably a reasonable amount to manage.

With social media I can have so many more 'friends', people who I actually like and have stuff in common with, but sadly dont' have the proximity too. Unfortunately it is not possible (I don't think anyway) to maintain face to face contact with 100 or so FB friends or tweeps...but how to let them go?

So that's how I see it. Like you I have culled those with whom I have no interaction. I have held onto several I may or may not see again but who I would *like* to see if it were possible at an annual event or some such thing.

I think the beauty of social media is that you can test the waters with people you really admire and work up to face to face if that floats your boat. I think it can be harder to do that IRL. There is much to be learned about some folk online where they may share more.