Don't be afraid of getting it wrong! 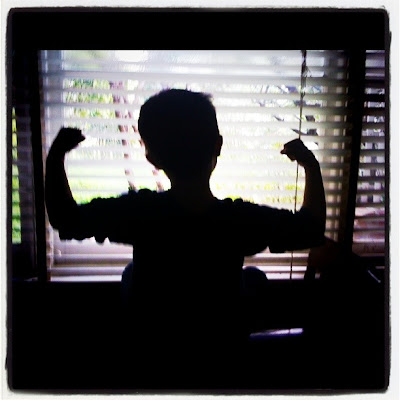 I'm the kind of person who often feels defeated before I begin something because I know it'll never be as good as I want it to be. The end product never really matches the picture I had in my mind before I started. I guess, I'm a bit of a perfectionist.

And then I misspell a word and have to scribble over it and replace it, or rub it out (I LOVE computers, because my mistakes can be deleted before anyone gets to see the end product and the end product can look more perfect than the process ever was!).

I hate getting things wrong. I hate looking daft.

Maybe this is because I'm a firstborn and firstborns are notorious for taking themselves more seriously than their younger siblings. After all we're the ones our parents heaped all their dreams on, right? That's what sociologists and theorists say, anyway. I'm not sure if that is true for everyone though

Maybe I don't like to get things wrong because I'm superficial and taken with appearances - I kind of hope that isn't the case!

Maybe it's a need to compensate for my vision impairment, a need to prove that even though I can't see as far as other people, or read as fast, or drive a car, I'm still pretty awesome!

Whatever it is, I usually feel very discouraged the moment my ideal is marred by an embarrassing miscalculation or oversight or less than perfect performance. Often at that point I just want to chuck in the towel and start afresh on something new.

Worse still, I often don't begin projects that would otherwise excite me for fear of not having all the information and looking incompetent when others realise I'm relatively clueless.

This has been what has stopped me putting together a proposal for my PhD application all year. What if I do some preliminary research and can't find any other research like my own, then put that finding in my proposal and the people up at the University laugh at me because I missed some obscure research paper everyone else knows about.

Just recently I've realised something though. The greatest success stories are about the people who were willing to be wrong. In fact, successful people have rarely done everything right from the get go. What they did right was not let being wrong stop them! They were willing to take a chance at being wrong, and if they were wrong, they learned from that and improved their next attempt.

I'm naturally a shy person. All my life I've waited for people to approach me and talk to me, and invite me along with them. I've often felt unseen, forgotten and excluded.

I have a tendency to see things differently to other people. This might be a side effect of being vision impaired, or having ADHD or even growing up bi-lingual, I don't know, but sometimes I see possibilities where other people just see impossibilities. I see potential where other people see the gap between either and or. Maybe I'm wrong, but if I just accept the status quo, if I am too afraid to look naive, then I'll never find out.

So, on this sunny Sunday, I want to implore you to be brave! Brave being wrong, looking daft and not being perfect! Brave being rejected. Brave it and maybe just maybe you'll find a wonderful world of opportunity on the other side of the fear! 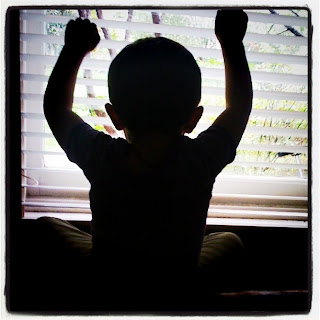 I'll see you there!
at August 28, 2011
Email ThisBlogThis!Share to TwitterShare to FacebookShare to Pinterest
Labels: Thinking

I nodded the whole way through that Sif.

I agree with everything said!

I am sharing this!

I agree. Sometimes it's easier said than done though! But I'm learning to be brave ... xo

Thanks Amy! I'm glad it resonated with someone else!

Bronnie, I know, it's so hard! Being a Sagittarius, I can be super optimistic at the beginning of something, but I tend to lose pace along the way, and particularly if it isn't everything I hoped it would be and things aren't going my way - it's the little things can drag me down.

I'm not great with details (which could be an ADHD thing as well) and so I often overlook stuff I needed to pay attention to - like letting other people get a word in edgewise - and then I feel deeply embarrassed if I feel I failed in some way (to do my best, to make a good impression etc). It's a process and sometimes you've got to fake it til you make it... (of course, I could be wrong about that, hahaha)

This reminds me of the book "Feel the Fear and Do it Anyway" By Susan Jeffers. Was really helpful when I was experiencing full blown anxiety attacks a few years ago and couldn't even really leave the house. I think doing stuff, even when we feel afraid is really empowering :)

I should read that book, LOL!

Sif, I am very good at not worrying generally. I don't mind looking daft and am happy to joke around about myself. I embrace every possibility and don't worry about what others might be doing.

Sometimes, it's all a bit harder, though and I can't open up at all. Keeps me humble and in check, I know. x