Things I Know: About Hairy Holes... 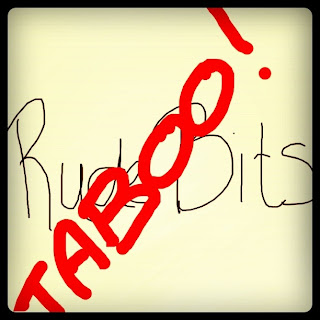 Linking up with Yay for Home! for Things I Know.

A few years ago Erik asked me about his birth, specifically, he wanted to know if he had been born via caesarian section. In the interest of honesty I told him he hadn't, that he'd descended through my cervix and out through my vagina. He then wanted to know if I had to shave my pubic hair so that he could come out. i said I didn't. At this moment Luey giggled and pointed at him and announced, 'You were born out of a hairy hole!' I turned to Luey and said, 'So were you!' The boys then proceeded to jump around the loungeroom yelling at each other that they were born out of a hairy hole...

Why am I telling you this? Well, because I'm the only person in this house with a vagina and sometimes I feel like an alien!

The other night we were sitting at the dining table and Erik was telling us about a school excursion to a museum to see true replicas of the human body, 'even the rude bits!' he exclaimed.

'Rude bits?' I said, 'They're not called rude bits, Erik. They're genitals!'

'Muuu-um' Luey sang next to me, wiping his face with his hand as if I'd just spat on him.

'Luuu-ey,' I replied in kind, 'Seriously boys, they're just body parts, like your hand or your ear. They're penises and vaginas'

'Muuu-um!' it was Erik's turn to act as if I'd assaulted his sensitive ears.

Bryn was in fits of six year old giggles, complete with hand over his mouth and furtive glances at the others. The Grumpy Old Man was rolling his eyes in support of Erik.

'What!' I directed pointedly at him.

'Not at the table...' he said pushing meatballs around his plate with all the enthusiasm of a man waiting to be struck by lightning.

'Muuuu-uuuum!' the boys sang in chorus.

So, this is what I know about hairy holes:

- No matter how open and honest you are, your kids will still pick up the notion that they are 'rude bits' and something to be shy and giggly about.

- It can feel a bit like a one woman crusade to inform sons about Natures completely normal and, well, natural processes when you are the only member of the Vagina Club in your household.

- It is, nonetheless, important to be open and honest and not shy and giggly.

- It is important to be able to laugh with you children while still ensuring they understand their bodies are, in no part, taboo!

What do you know?
at September 02, 2011
Email ThisBlogThis!Share to TwitterShare to FacebookShare to Pinterest
Labels: Family life

I think my husband will feel much the same as you in a house full of girls. We haven't got to the stage of talking about body parts much. Although, Ella is starting to be rather inquisitive.
I agree, it's important to talk about it and to not allow it to become a taboo subject! :)

My husband and son probably feel the same living with 5 females. I agree it's important to talk about it. Great post!

Is it funny that you were all talking about genitals while eating meatballs? Haha!

My kids are still little, so a vagina is a Minnie and a penis is a Willy.
I'm not ready for grown up words yet!

I know that you are SO right! Even though I have used the proper names for genitalia in this house since my kids were tiny, when I talk about them like any normal body part they all squirm.

My hubby is the odd one out here! We went to the museum earlier in the year and visited the human body exhibit. I was so proud of Miss 5 that she was not squeamish or embarrassed by naked bodies, but calmly said - that looks like daddy and that looks like mummy! (i wish, the woman was tiny lol!)

I know that once my daughter moved out I was feeling decidedly outnumbered. Even the dog was male.

After I have a shower I walk around with only a towel around my waist. When my son was about 12 he suddenly decided that the sight of a topless mother was just too much to bear. I gave him a stern talking to and waggled my boobs at him for emphasis.MUUUM put some clothes on, No! waggle waggle waggle.

Good for you for trying! My Miss5 is a bit worldly after being left in front of the TV for half an hour and finding MTV... Miss2 is a parrot and is regularly heard copying her sister with the whole "boobies...boobies...boobies!" squealing - and so Mstr2 figures that's what he should be yelling too.

Rather than educating them, I try and say they're shouting something else to the crowd of horrified shoppers within hearing distance. Bit hard to pull that off when they've all lifted their shirts and are pointing at their tummies.

Heaven help me when they get to the lower parts of the anatomy...

Hilarious! It is so true though, it is important to be light hearted and name anatomy correctly.
My mother had a problem with this. It was always private parts and whats its or thingys for periods.
I too am the only female in my house with two sons and a husband...I totally get where you are coming from.
Great Post! Found you on FYBF!
Nicola

When I was pregnant with Logan, Tiana (then just 4) asked how was he going to come out. I explained I'd push him out my vagina. "But how can a baby fit out of there?" I explained that there is a hole there that stretches to let a baby out. Her response? "WOW! What a magic hole!!"

We're doing our best to be open and treat everything as natural as it is, so far so good, not too much of the gigglying about "rude bits"

This post made me laugh. Yes, so important to make "rude bits" normal and to talk with our kids openly about it all... and to laugh. :)

Haha I love this post! Up until the twins came along I was the only female in a house full of males. I too use all the correct words and discuss the human body as natural and normal but the kids can be all silly and giggly still

What a great post. I had my own giggles reading it.

Although i have not been through the experience myself, I just know that the "rude bits" conversation will strike a few laughs... but important to talk about it.

On a more serious note - to those who use "cute" names for private body parts - DON'T. Google sex abuse prevention, and teach your kids the right names, right from the start.
If an abuser calls your little girl's vagina a "lolly" or a "kitten", and she doesn't know the real name, how will you pick up if uncle/boyfriend/whoever is touching her "kitty".

Seems most everyone tries to use real names for genitals and to be open and frank with their kids - humour is essential, of course. Still a large part of society finds it really hard to form their louths around words like vagines, vulva, penis and testicals. Of course we use pet names for all parts of our bodies; pinky, schnoz, noggin, tummy, funnybone - and plenty of others! As Sam pointed out, there is a particular problem with pet or coy names for genitals as they can be used by paedophiles to turn sexual abuse into a game with a child or to make a child's account of abuse confusing (particularly if the child tries to tell someone who isn't familiar with the pet name - not everyone knows what a 'twinkle' or 'front bottom' is).

I think there is room for the use of pet names interchangeably with proper names though. So long as you know you child recognises and can use the proper name comfortably as well - also helpful when they are older and go to the Doctor, nothing quite so ridiculous as a grown woman booking and appointment because her 'twinkle has an owie')...

I could not agree with you more. I'm always very open and honest with my kids - much to Master 8's distress. He totally freaks out when I talk about lady bits.

So now I do it on purpose because watching him squirm is deadset hilarious :)

Rofl vagina vagina vagina! love it! Couple of these posts have inspired me and I look forward to my boys being older so I can upset them (and normalise genitalia)

Ha ha ha. I love this post.
I have also used the proper names since the kids were babies. Some people don't agree, but as others have pointed out, there is a serious side to them knowing the correct names. And it's so important for them to know they are not 'rude bits' they are just parts of the body. Great that you can laugh about it too!

Bless them! Nothing much shocks my girls. My hubby was a bit taken aback when he first started living with the three of us. We call a spade a spade, and a vagina a vagina. We are very matter-of-fact and he's quite a proper English fellow. His kids are gigglers when it comes to 'rude bit's though :))

Love this post. Hairy hoe
... I mean Hole stupid auto correct . I am out numbered by testosterone too. No rude bits here either.
I think laughing with them is ok . My boys keep asking where is my penis ? It s hard to explain a hole.

That is completely understandable, Shae, the penis is comic relief embodied! That funny dangly thing that retreats in the cold...

This post had me seriously laughing out loud. My kids have a thing with nipples and anything that looks like one they will tell you. So it was announced the other night that The Miner has a nipple on his arm (a skin tag) I thought it was funny, DH didnt