I know as of yesterday I've officially had four three year old boys, and while that doesn't make me an expert, I'm certain it qualifies me as well acquainted with them! 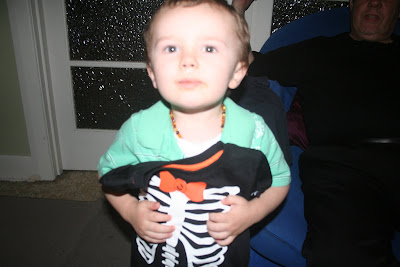 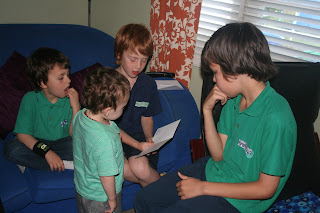 Three year old boys aren't really that interested in birthday cards - unless they have an old sibling reading the card to them in funny voices. 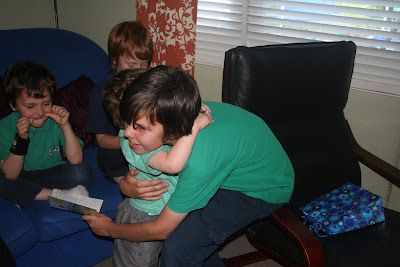 And one-on-one hugs, too! 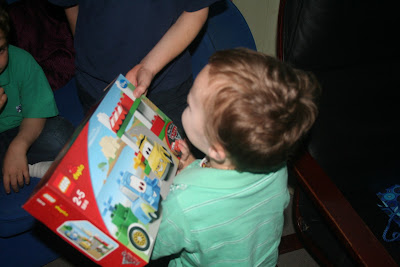 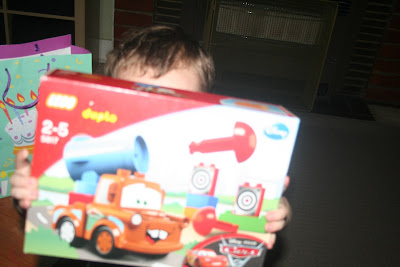 Even when their mum forgets to put the autofocus on her camera and is too blind to notice the box is all blurry! 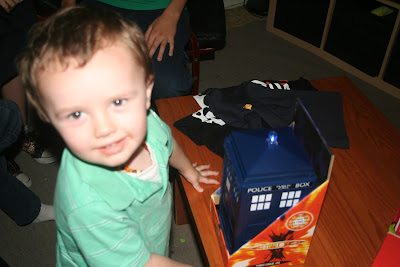 When a three year old boy has a hero, he'll love the merchandise - even if it is a plastic cookie container - especially if it has lights and sounds when you lift the lid or push the button on top! 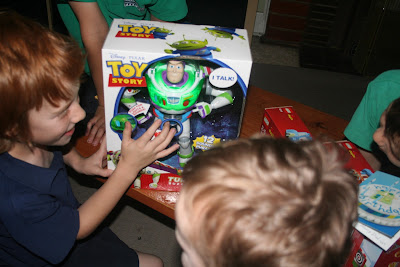 When a three year old boy has a hero and gets the merchandise for that hero before his major birthday present, it really won't matter how many lights and sounds the main pressie has because all he'll be interested in is the cookie container... 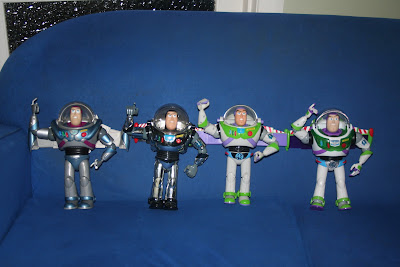 Three year old boys can never have too many Buzz Lightyears (we have been collecting Buzzes for 9 years) - I think we have enough now...


Three year old boys do like their heroes! For Erik it was Bob the Builder, for Lukas it was Thomas the Tank Engine, for Bryn it was Ben 10, and for Ari it is most definitely Doctor Who! 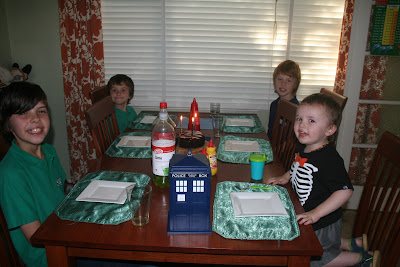 Three year old boys like parties, even if they are just with mum and dad and their brothers - and three year old boys like cake! But if they've already had a lunch of Maccas, and then hotdogs for dinner, they may not be able to eat anything beyond the icing on the cake... There is such a thing as too much rubbish food - apparently! 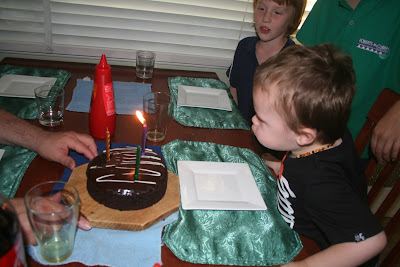 Three year old boys can blow out their own candles (even if they need just a little bit of help from their brothers...)! 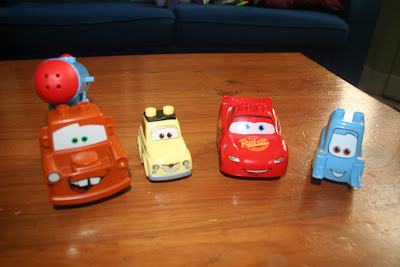 Three year old boys love things with wheels, and if those things also have faces, all the better!

Three year old boys think they are very big, but they still love snuggles in bed with mum and dad, and they still dance to the Wiggles on occasion (at least until dad walks into the room and then they might stop because someone is watching them)!

The biggest thing I know about three year old boys is that they are ADORABLE and I love them to pieces!

I'm linking up with Yay for Home for 'Things I Know' and also with Where's My Glow for 'Flog Your Blog Friday'!

This was great! I love the pictures, and your comments were perfection. Three year old boys are awesome and adorable!

You're an expert at three year old boys! And looks like yours is the same as mine :) Hope he had a great big 3 b'day.

Aww how lovely with the group hug!! Thanks for sharing about your 3 yr old boys... something I certainly didn't know since I only have one 2.5 yr old girl! :)

MyFiveMinutes. he had a fantastic day!

Ai Sakura, I reckon you'd know something about 2.5 year old girls though!

My baby boy just turned four and I am so sad. I love three year old boys as well. I am a bit jealous that your household has so many Buzz lightyears :-) My older son played with Buzz and Woody every single day of the year that he was 3. When he finally moved on….I felt sad!!! Boys are fabulous!! (especially 3yo ones!)

I know nothing about about three year old boys. I know a bit about 3 year old girls (one daughter, 4 nieces). I was trying to buy a present for a 3 year old boy today and was totally lost! I guess I will know a lot more in 2 years and 3 months! xx

Aw he is a cutie pie, such a great set of photos. I think with 4 of them you are definitely an expert.

I know nothing about three year old boys but I do know for the first time ever you have made me think that perhaps they are not as terrible as I had previously thought. In fact you actually made them seem rather appealing. I really enjoyed reading this

Oh yay, Rhianna, you've made my day! I think it's also harder to appreciate other people's three year old boys - even if you have your own. They can be very demonstrative and if you don't have the parental 'key' that personal knowledge of what makes that particular child tick, three year old boys can been quite confronting!