This month I took up the opportunity to participate in a project called 'Adopt An Indie'. The concept behind this project is for bloggers to read and review an independently published book and, by doing so, raise public awareness of the writing talent 'out there' who have decided to publish their books themselves or through micropublishing and small press efforts rather than wait to picked up by a major publisher.

Independently published books currently carry a stigma. I asked the question on my Facebook page several months ago what people thought of self-published or independently published book, and would people read them. Most seemed to agree that a lot of self-published books or small press books were less likely to be of the same quality as books published through publishing conglomerates.
As a writer I know I have considered self-publishing. I have considered doing this because the large publishing companies are constantly inundated with manuscripts of varying skills and talent, that they don't like to take risks and would rather publish rubbish lower quality writing by a celebrity author (who has probably been ghost written) than take a chance on a skilled and talented writer without no celebrity status.
I once said to the GOM that if I walked down the middle of Swanston Street in an Icelandic costume, stripping off one item of clothing every few metres and this was put on the 6 o'clock news, I'd be more likely to get my novel published than if I spent months with editors and then submitted it to every viable publisher in this country... Don't worry, I'm not planning to strip for the 6 o'clock news any time soon.
So, when the opportunity came along to read and review an independently published novel - and to promote indie books - I jumped at it. I will post my review of Annie Oldham's 'The Burn' on the weekend.
Today I'd like to share with you an interview I did with Annie via email. This is just a tiny glimpse into the world of independent publishing and an author who inhabits that world - I found it very inspiring and interesting to read, I hope you will as well! 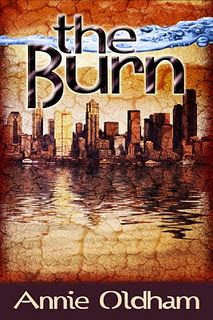 1) How did you come to the decision to publish your book independently? 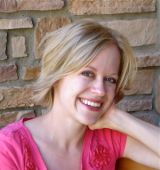 I write only clean reads--no swearing, no sex, and no graphic violence. I wanted absolute control over that aspect of my writing. I've had parents tell me how glad they are that I write clean books, especially parents of kids that have advanced reading levels and can't read higher level books because of the content. That's the main reason I chose to be self-published. After doing research, I also decided to be self-published because of the ownership of my novels versus being traditionally published. I will never go out of print!
2) Describe the process of preparing your manuscript. Was it independently edited, did you use the services of a self-publishing company?
I graduated with a degree in English with an emphasis in writing and editing. I then worked for six years as an editor and writer at a children's software company. So I've had lots of practice editing! I have several readers who give me feedback about plot and characters, and then I do all the editing myself.
3) How have you approached to problem of distribution?
That's the big problem! By publishing through Smashwords, I reach many major eretailers such as Kobo, Sony, B&N, ibookstore, etc. I also publish through Amazon for both ebook and paperback. The big problem is paperback distribution to brick and mortar stores. But I'm not entirely sure that's going to be such a problem as the ebook revolution continues to grow. Borders has already closed, and the shelf space in other stores is going to be limited. I think as the future of books continues to unfold, we'll find that physical books don't have the domination they once had. They'll always be around, but they won't be the focus of the industry as they once were.
4) Which is more important to you; commercial (sales of unit) or artistic success (did the story achieve for you what you set out for it to achieve as a piece of writing) or have you successfully married both aspects?
Initially, the artistic success is the biggest thrill when I release a book. I finished it, I love it, I love the cover, and I love the sense of accomplishment I have when it's finally out there for everyone to read. But I'd be lying if I said I really didn't care about royalties! Once it's out there, I do like to see how the book is doing. Because that's a measure of how the readers respond to it, and authors always have to remember their readers.
5) Describe any potential pitfalls you have become aware of through independently publishing your novel.
The biggest drawback to indie publishing is the work spent away from writing. You have to take care of editing, cover art, and figuring out how to get people to notice your book. I spend more time marketing my books than I do writing. Though I think the promotional gap in indie vs. traditional is shrinking as more traditional publishers have less money to spend on promo.
6) Describe any pleasant surprises along the way.
I love how simple it is! I had no idea it would be so easy. I just uploaded files to the sites I decided to use, and it was done.
7) What would you say to book lovers who are wary of Indie books?
I'm careful of any kind of book, traditionally published or indie published. Just as with any book before I buy, I read the back blurb. If that's well written and intriguing, I'll read a page or two. You can find great books in either publishing method, just like you can find stinkers in either one. More and more authors, even traditionally published ones, are going the indie route. It's unfortunate there's a stereotype there, but it does exist because of authors who haven't been careful with their work and given it the proper care it needs. But I think as indie publishing settles down, that stereotype will fade away as more and more authors see indie publishing as an alternative to traditional publishing, and not just a way to say something.
at November 10, 2011
Email ThisBlogThis!Share to TwitterShare to FacebookShare to Pinterest
Labels: writing