At a low ebb today - I always feel this way after Christmas; after all the excitement and suspense (these days the suspense is less 'What will I get' and more 'Will they love it as much as I hope they do' - I suspect most parents feel the same way)...

I thought it was time I exercised my thankfulness muscle, and my blogging muscle, and those muscles at my core that keep me from slipping into a complete blob on the couch (those muscles lose condition surprisingly quickly when there is a sudden absence of school runs and routine). 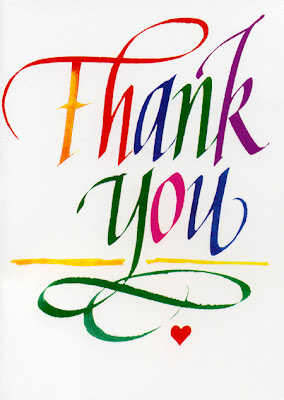 # Being taken under the wing of an experienced school mum at the beginning of the year and being allowed to apprentice being a classroom rep with her - I learned so much!

# Being able to attend my Masters Graduation in April. I didn't attend my first Masters graduation from Melbourne University in 2003 and had always regretted not getting there. Attending the graduation earlier this year made attaining my second Masters degree so very real. It was wonderful meeting the other Masters students again as studying by correspondence can being so isolating - it was lovely to be participating with other people! Most of all I'm thankful my boys were able to be there as well, hopefully I will be able to see them graduate from their own Masters degrees one day!

# No colds last winter - barely one sniffle amongst us! Most years we have lots of colds and most years the Grumpy Old Man develops bronchitis and even pneumonia, but this year we had none of that! It was quite miraculous, actually!

# Having the opportunity to buy a fantastic new computer and an iPad and iPods for the boys. Perhaps these weren't the wisest financial choices I made this year. In fact, financially, they were crappy choices, but no amount of money can actually replace the career and social opportunities they have provided the boys and I. Having access to these tools has helped me with my writing, reading and reviewing. They allowed me to participate in 'Adopt an Indie' which was great for my writing. They allowed the boys to socialise better with their friends and in Erik's case, they actually cemented his place in a group of friends for whom gaming is of the highest priority.

# Each of my boys having a group of a friends now. I've mentioned this before, I know, but it's a big deal for me that my boys have friends in childhood because I didn't haven't many friends and none who lasted.

# I'm thankful for all the lovely things I won on blogs this year including a huge pack of Lego for the boys, a designer handbag and 104 boxes of tissues, amongst other things!

# For the opportunities for the Grumpy Old Man and I to participate in a couple of focus groups which brought a little extra income into the household.

# For my friend who gifted me a ticket to the Nuffnang Blogopolis Conference in August where I met people and learned things which allowed me to reach twice as many readers as I had before!

# For all the rain this year. I'm not a fan of rain, but after many years of drought and watching those water levels drop lower and lower, it has been wonderful to have rain and see the dams fill up and experience the greenness all around.

# That mother-in-laws angina was caught before she had a major heart attack and that she coped exceptionally well with the anaesthetic and is recovering from surgery quite well.

# For all the wonderful support from family and friends and from my readers this year - without all of you I think I may have fallen in a heap. Because of you, I'm heading into 2012 with hope that it will be a great year and everything we've been working to achieve this year will come to fruition next year!


THANK YOU, EVERYONE!
Joining Kate Says Stuff for the Thankful Thursday linkup.
at December 29, 2011
Email ThisBlogThis!Share to TwitterShare to FacebookShare to Pinterest
Labels: Thinking

Oh Sif what a wonderful Thankful post. I got all tingly as I was reading it. I hope 2012 brings you the world of opportunity that you deserve. I would be thankful for the i purchases as well. Some times it is just better to live in the moment. Fairy wishes and butterfly kisses to you.

Oh and I forgot.... 2 Masters! Your awesomeness just doubled in my books, congratulations

Even the toughest of years has had some good in it for you, Sif. It's really heartening to know you can still find it x

WOW! Congrats on the completion of your masters - your second and by distance! That is definitely a massive achievement, congratulations. I hope 2012 is amazing and wonderful for you

Congrats on your Masters! Well done.

I love the rain too, and living in the topics it's a good thing I do! :)

So ace to find the silver linings :)

Hoping 2012 is a big positive turning point for your family Sif. xox

Love it Sif! There is always good among the bad.. sometimes you have to look a little harder... you looked and it was there :)

Hi Sif, congratulations on your great achievements this year. I am sure that your hard work will bring you many new opportunities in 2012. I wish you and your family all the best. K

You have a great list of thankful's there, thank you for sharing.