By Popular Demand: a completely non-techy user review of the iPhone 4s...

I use the term 'popular demand' rather loosely here... One person demanded...  Okay, she didn't demand, but she did ask... Hey, 'By the request of one reader' doesn't have quite the same ring as 'By popular demand', so give me a little creative licence here!

Yep, I have an iPhone 4s now and yep, like every other new gadget owner I'm about to bang on about it until your head hurts - if this is not to your liking, look away now...

First off, I need to tell you, I was going to hold out for the iPhone 5. Not because of promises of an A6 chip or processor or whatever, I have no idea what that even means. Not because I've heard it'll have a 10 megapixel camera - even though I'm a camera fiend and would love a phone with the photographic capabilities of a digital SLR (without the screw on lenses, now wouldn't that be brilliant??? Boffins, get onto that stat!).

So, that's probably my first point of review... Yes, I've only had the phone for a couple of days, and yes, that's not very long, but no, I can't say I'm warming to the blockish design of the 4 and 4s casing... I do like that it is thinner than the 3g, and slightly longer as well - that gives the illusion that it is lighter, even though it is actually a few grams heavier!

So, then the next thing I'll point out is that I've moved from a 3g phone to a 4s, which means a three generation jump.

Before I got this phone I did a fair bit of research. On You Tube you'll find numerous geeky reviews of the 4s, and comparison of its speed compared to the 4 or the 3gs, and even in those reviews you'll see a considerable difference in speed (though compared to the 4, the 4s apparently takes longer to close out of apps, go figure)...

So, compared to my old 3g phone, the new 4s moves like grease lightening!

Having gone back to the 3g to help Ari with stuff, I'm appalled that I put up with its snail-through-molasses speed for as long as I did, to be honest.

Ease of use: For me, nothing has changed really. The 4s is as easy to use as the 3g ever was. To call iPhone intuitive is a slight stretch. I remember when I first got my 3g and opened the sleek packaging to find a photo-based user manual, which told me nothing of how to use it. There was also another manual, but for the life of me I can't tell you want was in that because it was in 1pt print and completely unreadable. I remember spending a fair bit of time Googling to find out how to do stuff on the phone. When I opened the box for the 4s, I found nothing had changed in that regard. Apple designers need to acknowledge that some people who buy iPhone are buying their first ever Apple product and therefore the interface is not wholly intuitive to them - even though it quickly becomes intuitive with a few quick directions (surely considering how little instruction people need to use Apple products they could produce a slim pamphlet that is actually instructional!).

I've had to Google this time around as well because, for the first time, I have a front facing camera on my phone and now do FaceTime (FaceTime is a call feature which uses the internet to perform a video call, so each person can see the other person they're talking to).  Unfortunately, the clever people at Apple decided that because FaceTime is used through Contacts, there was no need for a FaceTime icon on the home pages. That's fine if you've used FaceTime before and are familiar with it, but many people haven't... So, at first I couldn't find it, I also couldn't find Contacts - they're not on the home page either. I found Contacts through the search function, but couldn't find FaceTime that way at all. So, I went to trusty Google.

The thing is, new users shouldn't need to Google how to use a phone.

I did eventually get FaceTime working, sort of. My son can contact me from his iPod, and we can FaceTime that way, and it's brilliant because it's virtually free! However, I can't seem to contact him - even if we're standing side by side. That is not so brilliant. Google has no answers for me either as most people who have been having problems are doing so on the 4, rather than the 4s.

Okay, FaceTime aside... Let's talk camera - the real reason I upgraded to the 4s! Yes, in a previous post I said I upgraded because the app upgrades I had were beyond the capacity of the 3g and that is also true, but it was the fancy new camera that motivated me the most...

Now, I know Nokia does better phone cameras - well, at least according to this guy... Heads up, he talks really fast!

But coming from the 3g, I was pretty impressed! Let me show you...


As you can see, these photos were taken in low light and the definition on the 4s is just amazing compared to the 3g! It's not perfect, but hey, it's a phone camera - what do you want???

For more comparisons, check out this review I looked at before getting the phone...  Cool, huh?

The flash is great for illuminating dark scenes, but I've found it gives photos a green glow... 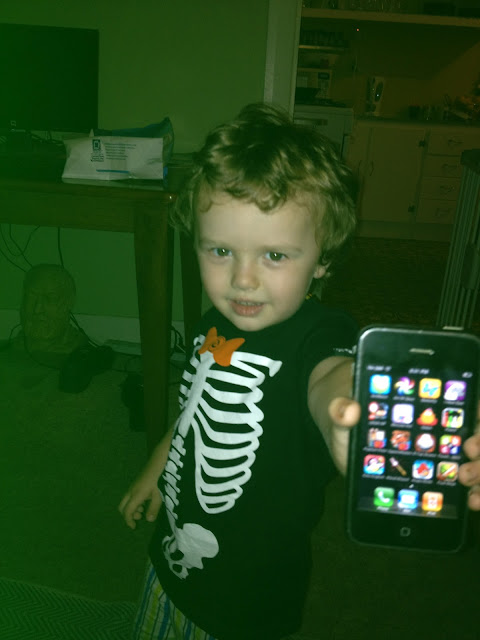 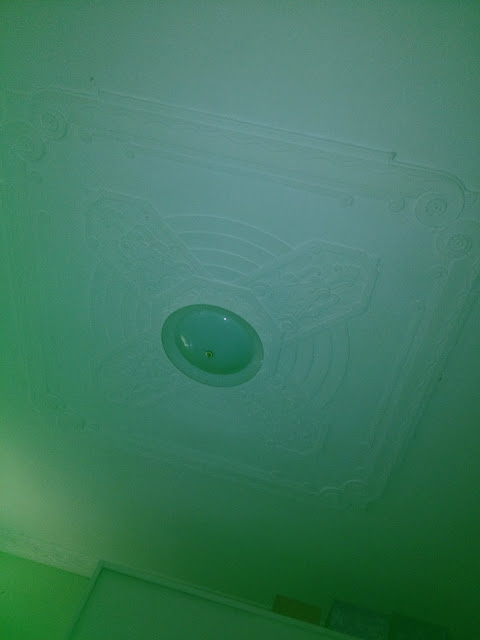 There are numerous phone apps which will allow you to correct this colour anomaly on the phone - or you can fix it in photoshop or a similar program... While the green glow can be annoying, having the ability to shed light on a scene is worth that little extra fiddling for me.

I love the ability to zoom. Because it's a digital zoom, there is a slight increase in pixelation when you zoom, but even at it's most pixelly (yes, that's a word) it's still better than my 3g ever was!

I like that the flash can be automatic or on turned on/off manually.

Okay, now I'll attempt to upload a video I just took of Ari... Don't know how this will go... Blogger's video upload is a bit crappy so I may have to upload this to you tube and then link it up here - we'll see...


The video is easy to use and seems quite seamless on the phone, not jumpy or shaky. I honestly haven't used it that much (this was the first time!)...

For Mac users, everything else on the phone is very intuitive and not different from even the 3g. Everything is pretty much tap and play.

So, now you want to hear about Siri - right? Is she everything she's been cracked up to be... In short, yes she is. I've found her incredibly helpful for scheduling stuff on my calendar. I can now schedule two or three appointments in the time it would normally take me to tap out one on the calendar - working through all the fields and options.

Siri is also great for texting on the go, or when you're holding a wriggly child, or - like so many women - you're trying to do three things at once! This feature won't be of much use to men, I suspect, because well, they like to do one thing at a time and do it properly, or so the Grumpy Old Man reminds me all. day. long...

I still find myself a bit hesitant when talking to Siri, but I expect I'll loosen up with experience. She does mishear me about 20% of the time, and it's always well worth copy-editing texts before pressing send (she tends to think Aussies are saying 'theory' when they say her name - we all lisp, apparently). A friend texted me and said Siri had wanted to call me a 'mole'! Of course, in the US a mole isn't what it is in Australia, now is it? So, don't talk and send without checking your texts first!

At the moment, Siri can't give directions for places outside the US - will be fantastic when she can!

She doesn't know The Doctor's real name either, which was a bit disappointing. But, yes, she can tell us the square root of Pi - something we all need to know. Oh, and because I told her to, she now calls me Sexy, and that is always a bonus! Now, if only Siri had a brother with a deep voice and a Scottish accent (Apple should contact Sean Connery), just sayin'...

I've also made use of the nifty custom vibrate, so now, even if I have the phone on silent, I can feel who is calling because of the particular beat of the vibration on the phone - very cool feature!

Um, um, um, um... What else? I can't think of anything else. I'm a Mac convert so obviously, I'm pretty happy with this acquisition. I find it very easy to use because I've had an iPhone before and nothing much has changed in the interface. If you have any other not-at-all-techy questions about the phone, just ask and I'll tell you what I've experienced using it!

at February 13, 2012
Email ThisBlogThis!Share to TwitterShare to FacebookShare to Pinterest
Labels: iDevices, Reviews

Was gonna say I'm pretty sure I didn't demand XD My new toy's just come in as well, still got that new computer smell :)

I have to admit I laughed loudly and lots at your interactions with Siri :) Sounds like the phone is fun to use, definitely going to have to look into it more when I get around to having to get a new one.

Thanks for the review :D