Scattered thoughts about books and reading

Last night a tweet about this article where one mother of two children with ADHD (one who also has autism) responds to this article in the New York Times which, apparently (no, I haven't read it myself - post isn't about either of these articles, but bear with me, my own ADHD mind is actually following a logical path here), blames parents and more specifically parenting for symptoms attributed to ADHD...

I ended up listening to a radio interview with the blogging mother responding to the New York Times article. In that radio interview, she described her son's symptoms. Amongst other things she said he had difficulty concentrating to read. Which got me thinking about my own boy - who is not diagnosed with ADHD, but who I firmly believe has ADHD all the same. He's a very clever kid - much like the son of this writer. He can solve problems when he's motivated enough to summon some sort of focus, but he is mostly too restless to focus on anything for long.

This boy of mine cannot sit still. He certainly cannot read for any length of time. This is a big worry for the Grumpy Old Man and I because next year he will be at high school, and there he'll be expected to read quite a lot every day. When he was little I used to worry that he wouldn't be able to read, that he might have dyslexia. There is dyslexia in my family, but so far none of my boys seems to have it.

What he doesn't do is read - actually sit and read as a pastime . He rarely picks up a book for anything more than a minute or two. He seems incapable of sitting still long enough to really read.

I taught myself to read when I was four. I read a lot for many years. I read thousands and thousands of books. I hyper-focused on books to exclusion of anything and everything going on around me. I read with great appetite until I was in my early 20s, and then my appetite started to dwindle.

I've written about this before...

I'm confused and bewildered about it, when I stop to actually think about it.

You see, I can't focus long enough to read a page of a book anymore.

I used to blame my sight. My eyes got tired, I'd think - but, you know, it's not that because books come in audio form, and I don't listen to them either. 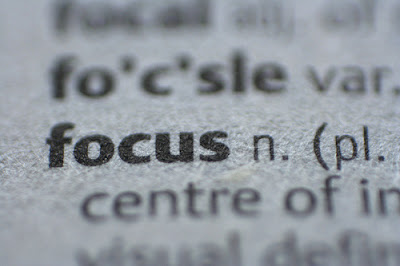 Okay, maybe I don't really know where I'm going with this...

Maybe it is that I see my child struggles to read even though he can read and I see myself now, struggling to maintain focus long enough to get swept up in a book... Long enough to begin hyper focusing (the opposite extreme of the ADHD spectrum of focus, we either don't focus or we hyper focus, it's what we do).

And I guess, I'm wondering why I'm not swept away by books anymore? I absolutely adore stories! I do! So, why don't books do it for me, now?

These days I feel bored, mostly. I pick up a book and try to figure out if I've read it before or not. Chances are, if it was written any time in the past 20 years, I haven't read it, but it always feels as if I have.

What is wrong with me? People recommend a book - lots of people tell my about a book and say they love it. They say it made them see the world in a whole new way, it transformed them! I read it, and I'm distracted, I'm bored, I'm fighting the urge to skip to the good bits. I'm desperately hoping there are some good bits... How can this be?

I was talking to the Grumpy Old Man about this before and he felt that perhaps I was searching for something in particular, a theme or a style and I just hadn't found it yet.

I thought about the last book I read which caused me to hyper focus... It was from the Twilight series. I cringe. I know all the book lovers around me will be gagging... I know it wasn't well written. I don't even read vampire novels! But there was something there that got under my skin. I was gripped by being inside the imbalanced mind of a sixteen year old girl caught up in infatuation.

The other book that springs to mind is Lia Hill's 'The Beginners Guide to Living'... Again, a young person struggling with his emotions...

What is wrong with me?

Is it the ADHD?

Is it something else?

Has my imagination run off in the dark of night, abandoning me completely and leaving me a dried up old shell of a person who once loved books?

Can I really be a writer if the thought of reading books makes me want to run away and hide?

And linked to all of this, but not at all related...  Should I push through my angst over being labelled a mother wanting to 'brand' her child and get this boy diagnosed in the hopes of him possibly gaining enough focus to pick up a book and read it... And should I possibly consider getting some help for myself at the same time?

at February 16, 2012
Email ThisBlogThis!Share to TwitterShare to FacebookShare to Pinterest
Labels: ADHD

Slightly related, I should probably be watching a lot more animations/movies/etc for the same reason, studying and developing aspects of film making. I haven't had time to look for things I'd like and I haven't liked much of the popular stuff that's been spilling out lately. I'm picky bitch and hard to please and don't like anything :)

Erm. Yeh. Long winded way of saying I sympathise with your lack of attention span :)