Thankful Thursday: Thankful for my life - and my brain!

I've been feeling very thankful lately. Nothing has changed really - the Grumpy Old Man still doesn't have a licence or a job - and yet, something has changed. Maybe it's the weather? I find it so much easier to let go of angst in the warmer months. On days like today, where the sun fills my back yard, I feel calm and as if I can take on whatever obstacles might present themselves. This is something I struggle to feel in the long, dark cold months of winter.

Yesterday, I went out with a couple of friends and had a lovely lunch and chat. One friend is a very longstanding friend, the other is someone I'm just getting to know and so she asked about why I don't drive and I explained about my low vision and she asked about me wearing glasses and I explained my vision issues stem from my abnormal brain structure.

I've blogged about my brain before, but I thought I'd share my 'funny photos' again.

For the purpose of comparison, let me show you the brain of a normal adult.


The black spots in the middle of the brain are ventricles; small holes between the hemispheres of the brain which contain fluid.

So, I'm quite well endowed in the ventricle department...


About 30-40 percent of my brain is missing. Whenever doctors see this - even those who specialise in brains - the general consensus is that I should not be able to walk or talk. I have to admit, I don't look at these scans very often, but when I do, I feel a level of awe at the human body to compensate and work around obstacles. I always feel very thankful that despite this abnormality, I live a relatively normal life. I certainly can walk and talk! Boy can I talk!
I'm fairly certain this brain structure plays a very big part in all my idiosyncrasies - and probably is a big part of why people sometimes look at me like I come from another planet. At the same time, I wouldn't be anyone else! I'd love to be able to drive, but not if it came at the cost of how I view the world and the connections I make between ideas. I like how I think. I'm creative and I know I bring a different perspective to the world that many people enjoy (well, my husband and kids and parents, anyway)...
So, this week I'm thankful for the following:
In other news 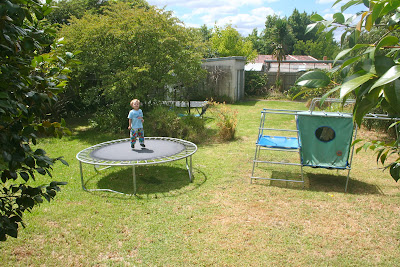 What are you thankful for? Linking up with Kate Says Stuff for Thankful Thursday!

I feel the exact same way! We have had weeks of horrid weather and it has thrown me into such a gloom. Its so nice to see the sun again- it helps my mood considerably! And I never know that about you. I am so glad that you can seem so completely whole despite your brain- I love what our bodies can do!

I guess it's the nature of where we live, but I find I am crankier on the hot days. I much prefer the cool, but I think that's because 1. we don't get the cool very often (esp not in summer) on the Gold Coast, and 2. when it does get cold, it doesn't last very long!! It is nice to feel better about everything though, isn't it? I have had the same feeling lately.

Well done! What a fantastic achievement. Good on you for not giving up. And keep going!

Sorry, I've been having trouble commenting all day! I meant to say: Wow! Your brain is amazing! The human body certainly is a marvel. It is great when we can leave the kids outside for a while - I love observing my boy from afar, he certainly comes up with some interesting games when left alone to imagine. And good luck to the Grumpy Old Man with his driving test - I remember how hard it is, such a great feeling when you pass.

Firstly, I am glad that the dark cloud is lifting and dissipating for you - best news/feeling ever!
Secondly, THAT IS INCREDIBLE! I am in awe - seriously! Idiosyncrasies are fabulous things - and i am so glad that you are so comfortable and happy being who YOU are regardless of whatever the heck anyone thinks! love!

SO glad the sun is breaking through the clouds Sif.

Your brain always amazes me, for many reasons ;)

WOW that is amazing ! I have never heard of anything like that before.
Love, hugs and positive energy!
Me

The human body is an amazing thing. And so very confusing at times.

How awesome is your brain?! That is fantastic! You are a complete miracle! I'm glad your parents never knew either :)

My three year old loves to be outside too. He is obsessed with catching lizards!

Wow, how awesome are you and your brain?!? I had to read it out to my husband, I just think it's amazing!! Isn't the human body just incredible? So many things to be thankful for.

I hope the cloud continues to dissipate and good luck to the Grumpy Old Man on this next test, at least he knows he can pass!