The Write on Wednesday Spark:  Possessing Beauty
Write about a collection. Write about something you or ,someone you know, collects. Think about the "why" behind the collection - why is it important to collect this particular thing? How does it make the person feel to add another piece to their collection? Is the group of objects there to be seen, to be studied or simply kept together? Write a real life story or a piece of fiction. Wherever the prompt takes you...Keep your post on the short side: up to 500 words OR a 5 minute stream of consciousness exercise. Link your finished piece to the list and begin popping by the other links. Oh, and enjoy!


The linky will be open each week from Monday to Friday. If you are playing the game, try to visit the other linkers, at least three of four would be nice. Encourage, critique and support your fellow writers. 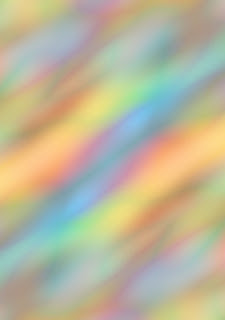 
'How long have you been collecting them?' I asked, unable to take my eyes from the pastel coloured wisps which floated and bobbed about the leather pouch.


The girl playful prodded and twirled her finger around a lemon sherbet coloured wisp. The wisp was caught up in the current created by the girl's finger and seemed to follow her finger for a moment, around and around until she withdrew her hand. Then the wisp lost motion and floated down to the others, joining in their gentle dance just an inch or so above the pouch.


'A while, my granddad gave me this one,' she pointed to a pearly white wisp, 'It's very special to me - and then I noticed more and started taking them home.'


'Oh no, you can't just take them, you have to ask if it's okay. Most people say yes, though. Most people are very pleased that you want to keep them.'


'But what if they want to use them again later?'


'They can still use them, that is the beauty of them - you can take them away and the original owner still keeps them as well.'


'There people hold onto their's, often they keep them secret until they are ready to release them.'


'What are they afraid of?' The look of confusion on her face made me smile. There was an innocence in this world still that I had not encountered often in my travels. It was refreshing, but it also made me sad. Eventually, one day that innocence would be stripped away, it was inevitable.


'They're afraid that someone else might lay claim to their's before they release it, and then they couldn't reap the rewards of ownership.'


'The rewards of ownership?'


'Yes, the income from selling it over and over to others.'


'So, people sell their's in your world?' The girl's face clouded over and she stroked her little mound of wisps gently. They swayed and bobbed under her hand and sent off a warm glow that seemed to intensify with her touch, 'Selling them would dull them, wouldn't it?'


I had to think on it a moment, 'I honestly don't know. You can't see and touch ours in my world like you can here. People still seem to enjoy them though, many people are addicted to them.'


The girl scooped up her wisps into the pouch, pulling it's strings shut gently. She cradled the pouch tenderly in her hands.


'Maybe the reason you can't see them in your world is because the story wisp glow has dulled from not being shared freely?'

Oooh so intriguing, so beautifully written! I loved this and think you are quite right - they arent shared freely enough :)

Wonderful piece of writing. I loved all the emotions and innocence in this piece, and the idea that the girl lives in a world with no buying and selling. Simply wonderful.

What a lovely gentle piece. I was trying to think of another word for "wisp" to try and decrease the slight repetition, however I couldn't think of anything!
great imagination

Awesome, Sif. What a thought-provoking concept. Loved it from start to finish. :)

Is this inspired by or a part of your Svava story? It reminded me straight away of the other parts of the story that I've read on your blog, it has that mystical, whimsical quality that would just fit right in!

I nominated you for an award on my blog. I think you have already gotten in, but check it out anyway!

Yep, I have it already, but thanks for the nomination all the same!

Loved the gentle whimsy. Intriguing use of the prompt, you have got me thinking and pondering now! I enjoyed the imagination in this piece.