A response to the article; "Why I don't want my daughter to be just like me."

This morning a link to this article popped up in my Twitter stream. I can relate to almost all of the article. I can certainly relate to the symptoms, the report cards, the anxiety and the depression.

What I can't relate to - anymore - is the sentiment of not wanting my child to be like me. I say anymore because I worried about my child for a while there. I got all depressed and morose about the fact that he had so much difficulty communicating his thoughts and maintaining friendships - all parents want their children to be able to make friends and prosper socially, right?

Then I realised two things...

My life didn't suck because of my ADHD symptoms...

My child will never be an identical copy of me...

I looked at my life, my achievements, particularly in the light of my own coming of self-awareness (being diagnosed and having counselling and therapy to help me work with my symptoms) and I realised I was in an amazing position to help my child, to teach him all the things my parents had been at a lost to teach me (though, I have to give my mum credit for realising early that methods and routines were in my best interest even though she didn't have a diagnosis to work with)...

Also, my child's childhood was already quite different from my own childhood. For one thing, I was determined to keep him in one school (once he argued for his right to go to school to make friends - he was already more aware of his needs than I was at age 7) to give him the best chance to make and maintain friendships.

I was able to advocate for his others needs - to argue that it was perfectly normal for him to fidget as much as he did in class, and giving him something to do, some sort of responsibility would make him less distracting to the other children...

I already knew that just because he wasn't academically brilliant at age 10, didn't mean he wouldn't ever be (I had very average marks right through primary school and high school but did quite well after my first couple of years at Uni - I was a late bloomer, not an idiot). I also recognised his artistic talents early on...

I knew I had had a fairly good life despite having a memory like a sieve for everyday things, and the inability to forget other stuff. Despite having to work very hard to maintain any kind of focus. Despite never being able to meditate no matter how much other people would tell me it's just about stilling your mind (ha!)...  I've completed three degrees (even though I failed year 10 at high school and had to go TAFE and start uni as a mature age student). I've raised four children (the job isn't done yet, and I haven't done it alone, but I've held my own in the co-parenting stakes). I've participated in my community, both local and web based. I've even learned to make friends (and find the kind of people who can deal with my weirdness).

I also have come to realise that he is not me, he is his own person. Yes, we are very similar in how we interact with the world, but he isn't my clone, his life isn't a clone of my life. He is learning skills and self-awareness far younger than I did and I think that will equip him well for dealing with life. He already has a group of friends - something I didn't manage to have until I was 30! Having friends isn't a breeze for him by any stretch of the imagination, but he's leagues ahead of where I was at the same age because he understands his challenges better and knows he has to work harder...

I wouldn't wish him any differently and if being him means struggling with anxiety (and he does) and struggling with depression (which I don't think he has yet, but he might in the future), then so be it. We'll work it out together because I *get* him and he *gets* me.

I adore my other children, in many ways they're much 'easier' in all their normalness. I appreciate that my other similar aged son does his homework off his own volition and has a veritable army of friends and has enough self-confidence for all of us.

I appreciate that my younger boy is so calm in his body and even in his temperament and while he is sensitive, he doesn't worry about things far beyond what might be expected for his age - his concerns are normal six year old concerns - he doesn't want to know if a solar flare will kill us all in our sleep, if you know what I mean.

I appreciate that my youngest is robust and barrels into any group announcing, 'I'm the Doctor!' and just assumes everyone will love him to pieces (and invariably they do)...

My other boys are fantastic in their own ways, too, but I would never wish my eldest was like them because then he wouldn't be him, and I see great things in his future which I absolutely believe stem from the fact that he is so wired and so sensitive and so enthusiastic. He is just so and I wouldn't have him any other way!

I hope the mother who wrote the article will one day come to the same conclusions I came to, because, well, it alleviates a lot of that great sense of having passed on a horrible legacy, of being having somehow crippled the child's chances in life. Children so often outdo their parents own achievements. I hope one day this mum will be free from blaming herself for her child's low points - our children will have low points no matter what handicaps we pass on to them - even the normal ones.

It is so much better to focus on all the great stuff we pass onto our children, to rewrite the labels, reframe them in a positive light. It's better for us, and for them. 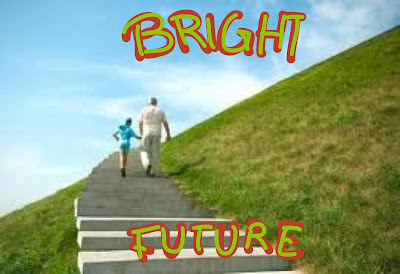 at March 05, 2012
Email ThisBlogThis!Share to TwitterShare to FacebookShare to Pinterest