Some of the stuff I can't tell you because I'm just not sure what I've been doing. Stuff like calling the gas company out to fix a gas leak outside our property (on the nature strip), and stuff like calling the Family Assistance Office to see if my kids conscientious objector forms are on file... But I can't think what else. Just stuff, mundane stuff that comes along with living and running a household and being a parent.

Then there is other stuff, exciting stuff, stuff that isn't happening this week or next week, but that I can't talk about because it's all secret squirrel kind of stuff, but it's so, so surprising and exciting to me (not so much to the Grumpy Old Man, he's not excited - more just going with the flow because resistance doesn't change reality, but the boys are, or at least I think they would be if they knew)... But, but, but, as much as I want to tell you all about the Big Excitement™ I have to wait until the time is right... 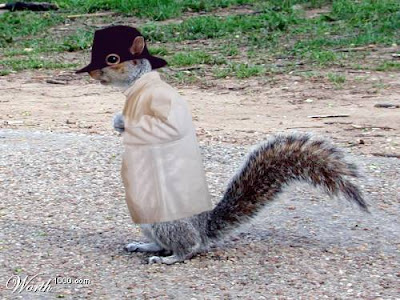 I can tell you it's not about anyone getting a job - nothing could make me contain that kind of excitement. Obviously, it's also not about the Grumpy Old Man getting a licence, though I fully expect to be writing about that excitement soon enough.

Yes, yes, I know I'm being irritatingly cryptic - I just had to tell people I have cause to be excited about stuff, even though I can't talk about it yet.

Meanwhile, I'm in that stupid place mentally where I'm totally preoccupied by stuff I can't talk about and so I feel like I have nothing to talk about. My preoccupation (hyper focusing is something people with ADHD are very good at) is also getting in the way of all the other stuff I was doing before I knew about The Excitement™.

I haven't gotten much further on my crocheted blanket. Truth be told, I went with a very repetitive pattern and I'm bored, so bored with it already and I have 4/5s to go. I will finish it. I've decided to view it as a challenge, as a way to practice some commitment. But it's very hard, I tell you... White, lavender, purple, black, white, lavender, purple, black, and very occasionally, white, red, maroon, black - but not often enough to make it really interesting... My next project will have to be all sorts of mixed up colours to re-inspire me!

Also, writing... What writing??? I haven't written a word of fiction in weeks! I keep looking at the various prompt blogs, but I feel totally disconnected from my writing right now. Too preoccupied with stuff. Boring stuff and very exciting secret squirrel stuff!

at March 10, 2012
Email ThisBlogThis!Share to TwitterShare to FacebookShare to Pinterest

I love the line about feeling disconnected from your writing. That is where I am as well and it bugs me no end.

Fairy wishes and butterfly kisses lovely. Can't wait till you can share

That would be fabulous fun, wouldn't it? Was just saying to mum last night that they should go to Uluru - that's on the way to your place, right? :)