Jacob has been living with us for about a month now. 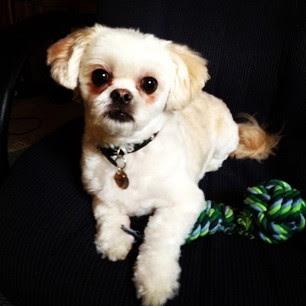 I would say he's settling in quite nicely. 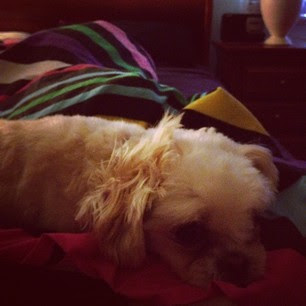 He definitely views me as alpha dog (Yes! Finally someone in this family acknowledges my supreme status over all things!), and Lukas is beta dog. He heeds the Grumpy Old Man when it suits him - which is most of the time, except when it's not. He likes Erik and Bryn, but senses their hesitance.

Erik is the 'food man' because Erik puts out his breakfast and dinner - I'm so proud of how Erik has just taken on this role, unasked!

Luey and I are the 'tish monitors' - he comes to us when he needs to go.

Ari... Ari is the noisy, unpredictable nuisance who Jacob battles with for the bottom rung. Jacob senses he could put Ari in his place, and will growl at him and warn him off, but then Ari just laughs and becomes even more unpredictable, so Jacob hasn't work that little problem out yet (don't worry, we're keeping an eye on the situation).

Jacob loves our fire place - he will often sit or lay staring into it for many minutes at a time as if it were an oracle. 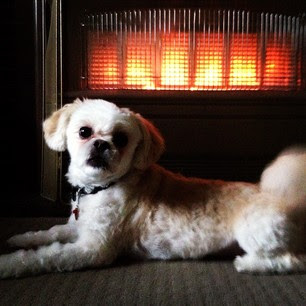 He loves walks and has almost got a hang of heeling - usually heels consistently after the first 10 to 15 minutes.

He hates rain and for the past couple of days he's been a bit touchy in the tish department because 'it's all wet out there and it smells great but my feet, they get so wet! Do I really have to get off the porch to tish? Really?' So there have been quite a few false starts because he tries to shelter under bushes, where I can't see him at night, and I'm not at all sure he actually goes because after 10 minutes inside, he seems to need to go out again...


Last night we discovered what terribly frightening and aggressive creature umbrellas are! I'd left one standing upside down by the front do - outside - for those tish trips and a gust of wind toppled it over.

Well, Jacob lost the plot! He was a ferocious defender of the house, leaping into action and barking for all his little body had. We immediately told him to be quiet and the look of horror and offence on his face was priceless.

'But it's an umbrella! Umbrella's are like, the. most. dangerous. creatures on the face of this earth and one is AT OUR FRONT DOOR TRYING TO BREAK IN!'

He looked from the Grumpy Old Man to me and back again, then flummoxed down in front of the fire with his back turned to us.

'Don't come to me when that umbrella murders you in your sleep! I won't be rescuing you from that one again. Nope, forget it - you ungrateful imbeciles!'

Ten minutes later he was all, 'Right, so about going out to tish..?'

And once outside, 'Dear Lord, the WET, the WET, it's everywhere!' 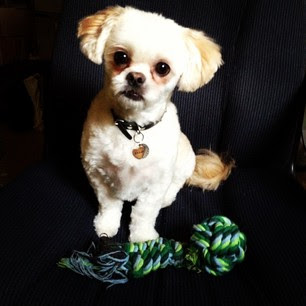 at April 25, 2012
Email ThisBlogThis!Share to TwitterShare to FacebookShare to Pinterest
Labels: Family life

Can I have a copy of the top picture, please? You have done an amazing job on all of them, but that one needs framing! :D

Thank you, we needed that! :D