Living in the moment...

I woke up the other morning feeling distinctly disoriented. I could hear the boys in the living room and the Grumpy Old Man on the phone in the study. In one way it was like any other morning, but I felt odd and I couldn't figure out why.

I tried to muster my thoughts - what day was it? Thursday, I was pretty sure it was Thursday, but then I wasn't one hundred percent sure because I'd been getting days wrong so often lately.

I glanced at the clock and it was 9.36am, I handn't slept too long.

I thought about the Grumpy Old Man planning a trip to Dickson's in Blackburn and what I might do to get through the day with all the kids.

I thought about how our family life must seem very odd to other people sometimes, with both parents at home all the time. I thought about how, despite the assumption from others that we must live a life of leisure, there never really seems to be time for just relaxing. There is always something to do, or something waiting to be sorted. This led to thinking how we might have left our run too late to get Erik into our preferred high school.

That was what was missing.

After many minutes I realised it was actually school holidays - though we were well into the second week. What's more, I realised I couldn't really conceive of 'school' in that moment. The idea of school felt very foreign to me, as if we hadn't been near a school in a very long time. I tried to imagine where I would be now if this was a regular Thursday during term and I just couldn't picture it, even though I knew it had happened just two weeks earlier.

It dawned on me that for the past couple of weeks I have, quite literally, been living in the moment.

I don't like the sensation of living in the moment.

Possibly this is because it's just not me. I've mostly always lived in the future. Sometimes in the past, but I do prefer living in the future.

I think all the build up to my parents bringing over the furniture and the dog and how much I've invested emotionally in their 'big shift' led to a kind of 'letting go' once everything was here. Then I focused on setting the house to rights. I focused on settling the dog in. I focused on selling the fridge and the washing machine. 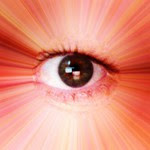 Because the Grumpy Old Man and I are here together all the time, because he doesn't work and neither do I, we rely on school and the rhythm of school to indicate the passage of time.

Usually, during school holidays, we measure time in 'how long since the holidays started and how long until they end'... These holidays though we've been preoccupied with other stuff and have lost track of the passage of time.

I think the Grumpy Old Man is mostly unaffected by this, except that he feels extremely tired - and I totally get that!

For me, it's all a bit unnerving. I feel disconnected from everything that isn't in this moment. Everything else feels unreal, like a story I've been told that I can only vaguely remember. Those kids getting ready for school, they weren't our kids, were they? And what else is there?

There is nothing else connecting us to the world outside this house, except school.

Even though school goes back tomorrow, I don't feel connected with that world at all right now. It's just theory. Theoretically, we'll get up, make sure the kids are dressed and have lunches, take them to school, pick them up at the end of the school day. Theoretically, that's what we'll do tomorrow. Unless tomorrow is just a day dream.

There is really only the now.

Bryn, Ari and Luey playing in the back yard. Erik in the living room. Jacob lapping water in the kitchen; the clack clack of his nails on the lino when he's done.

The Grumpy Old Man is out for the day helping a mate at Supa Nova, he'll be home some time, but because he's not here in the house, he feels like theory, too.

Why would people aspire to this feeling???

at April 15, 2012
Email ThisBlogThis!Share to TwitterShare to FacebookShare to Pinterest