Why I encourage boredom...

I just noticed I have 1700 posts on this blog - this one will be 1701. 1700 posts fill with stuff I've learned or observed or experienced or felt over the past 6 years and nearly 5 months. Go me!

Today saw another milestone as well. Today the Grumpy Old Man and I trekked down to our local Maternal and Child Health Nurse Centre for the very last time - we've been going there since July 1999, almost 13 years. We've learned so much in that time.

This morning I read this article in The Age about children being constantly stimulated by technology throughout their day and whether or not that is a good thing.

I tend to agree with the general thrust of the article that technology has become so ingrained in the every day that is an inevitable part of our children's lives (I know Steiner parents might not have TVs or computers in their houses but my local shopping centre has four large screen televisions hanging from the roof in various places, there is no getting away from technology!). Technology is more and more becoming part of my children's school experience with every class in possession and use of computers, iPads and other technology on a daily basis.

Just last week one area of our school (thankfully not an area my kids are in this year) had a 'technology day' which involved children bringing their iPods/iPads/DS's to school and being given two sessions during the day during which they 'interacted with their technology' (um, yeah, otherwise known as playing computer games).

I wasn't particularly impressed - I have to say - and was grateful my children were not thusly engaged for 1.5 hours at school!

Can you guess why?

Well, because sometimes it's good for kids not to be 'doing'.

And sometimes it's great for them to just sit with their thoughts - yes, even the 'I'm bored! I hate mum for not letting me play on the Wii!' thoughts. You see, those thoughts inevitably lead to 'When I'm 18 I'm going to play Wii all the time!' which leads to 'When I'm grown up I'm going to...' and soon they're not thinking about being bored, they're just thinking.

Being bored is just a spring board for thinking. Sitting still allows them to get lost in thought. 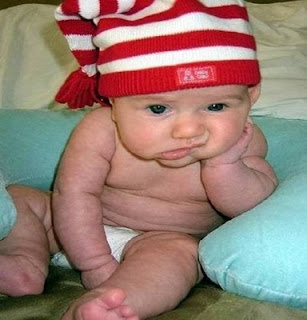 That is why I encourage my kids to be bored!

at May 30, 2012
Email ThisBlogThis!Share to TwitterShare to FacebookShare to Pinterest

sitting and just doing without technology i think is a definite must. great post