Last Tuesday the brother of our landlord, a sales rep from a different real estate agency, the property manager from our real estate and the brother's wife all came to have a look-see at the house. As soon as they got in the front door, the brother tells us the building proposal for the back yard has been approved and to fund the build, the landlord needs to sell the house we're living in.

Apparently, this is something the landlord has known all along. So, when he told us we could stay on during the build, he was essentially lying.

As well as this, the approval went through with some amendments to the building plan. The landlord had not allowed for enough room around the townhouses and so the accommodate council requirements, he needs to demolish part of the house. The two laundry rooms and the toilet as well as Ari's bedroom need to go. So, even if the buyers of the house were to want to continue to lease it, there would not be enough room for our family in the house after the redevelopment.

We received official notification to vacate on Thursday and have to be out by the 3rd of July.

So, a-house-hunting we will go.

Having a car is a true blessing. On Tuesday afternoon we hopped in the car and with my trusty real estate phone app we drove by a few properties which were listed in our price range. We would never have had the time to do that if we were still reliant on public transport.

On Thursday we had a look at a place up the road and submitted an application for that property on Friday. Mother-in-law has offered to be guarantor for us, so hopefully that will help secure a place.

Our main problem at the moment is finding a place big enough. Even though there are plenty of three bedroom places and we have no problems making the boys share, we really do need a second living area so that we aren't constantly on top of one another. We have only found one place in our price range which offered a second living area - the place we have applied for. There was already another application being processed at the time we applied, so we just have to pray we are more suitable candidates.

I can't say the prospect of packing up the house thrills me. If we were moving into our own house, I think it would be easier, but just knowing we have a least one more move after this one is a little depressing.

The boys are not impressed that we have to move either. Mainly, they are upset that we will be moving north. Even Erik, for whom this would be a shorter journey to school, is dragging his bottom lip around. None of them want to move away from their friends, which is completely expected. We have reassured them that because we have a car now, it's not that big a deal, we can still arrange playdates. I think that reality hasn't fully dawned on them though after being reliant on buses all their lives (and previously missing out a bit on playdates when we lived further away from the school, because they were difficult to arrange).

I am so grateful my parents are here. They have already been so helpful sitting for the boys while we have gone to house inspections this week. Having them here also means possibly reducing the cost of moving because we only need to hire removalists for the big furniture and heavy boxes (books, cds, crockery). Everything else we can move ourselves between our people mover and their ute. Also, mum is a dab hand at decorating and if we get either of the two main contender properties, we've already started planning what improvements we'll make to create a cosy home we're happy to invite people to visit at.

I won't show you the houses we're looking at for privacy reasons, but here the house I would love to be able to rent - it is well outside our price range! If you click on the image, the listing will open in a new window for you. 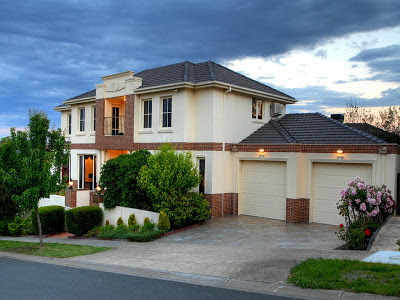 at May 05, 2013
Email ThisBlogThis!Share to TwitterShare to FacebookShare to Pinterest