Our Den of Creativity!

This family has been ablaze with creativity of late - which is a good thing, because it means all our restless energy is being channeled into positive outlets!

I was musing on this last night, doing a bit of a tally of the current projects and I realised we actually have quite a lot going on.

Erik and Lukas are both currently working on paintings with deadlines at the end of June. Both the boys have been a bit slack after the initial burst of inspiration and so we're in something of a furious race with time at the moment, trying to get it all done. We might take a bit of a break from large painting projects with the boys in the second half of the year - it can be a bit stressful and all-consuming. 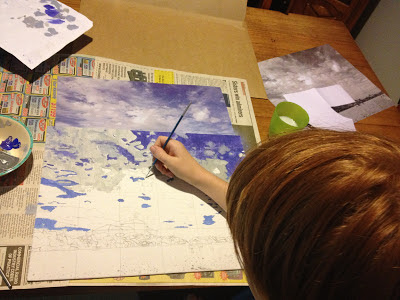 While Erik is working on a painting which is serving the dual purpose of being his project for the elective 'Personal Learning Project' at school, and also being published in the coffee table book 'Brushes with Life: Definitions of Success' which is a sequel to last years 'Brushes with Life: A Celebration of Inspiration'. 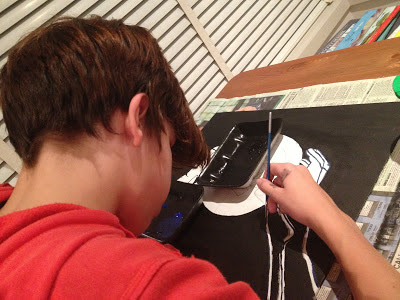 I will be writing a piece for this same coffee table book which will be launched later in the year and will also incorporate an exhibition of works. I have to admit, I don't know what I will be writing yet. I feel it needs to be something which presents well in a visual medium, so that is quite a challenge for me, even in flash fiction form.

As well as this, I am exhibiting one of my photos in an exhibition to be held at 'Lentil as Anything' in Abbottsford, starting July 5th and running until August 28th. I cannot express how excited I am about this. I have long held the dream of exhibiting my photos and then this opportunity presented itself quite by chance!

I have also accepted the challenge of 'decorating' one of these gentlemen for a charity auction at the Brushes with Life exhibition close party in November, with all proceeds going to Impact for Women. This will be my first foray into 'grown up' art and I'm a bit nervous, but I have a good idea of what I want to do and say with this piece - let's just hope I can pull it off! Oh, my man's name is George - in case you want to come and bid for him... Oh, and my brother will also be decorating a gentleman - I don't know which one, but I will let you know when I find out. I had no idea he was participating until after all the men had found homes, so to speak. We've never worked on the same project before, so this will be quite fun, I think! 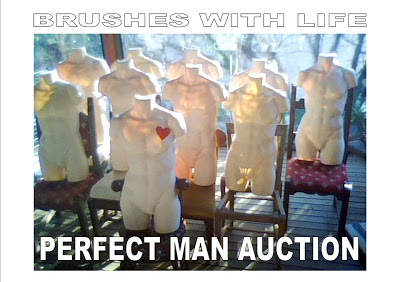 As well as this, of course, there is the omnipresence of crocheting. I laid aside the scarf-shawl I had been working on leading up to the move, for about a month, but I've picked it up again and it is coming along nicely. With any luck, I may even get to wear it this winter! 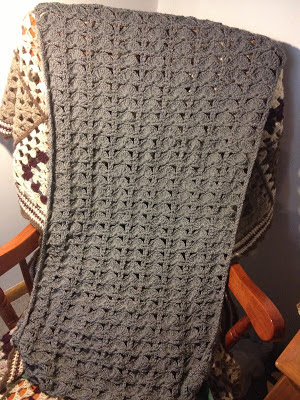 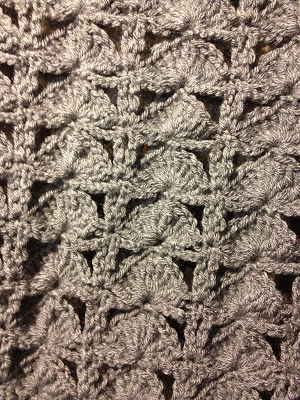 In case you think he has been left out, the Grumpy Old Man is working on a project as well. That is to say, he has been working on and off on an anthology of stories he is hoping to have finished by February next year - he's very private about his writing, so that is all I'm going to say about that!

Bryn and Ari, you ask? Well, Ari is playing with colour at the moment. After years of shying away for most forms of art, then slowly playing with scribbling and forming letters, he has recently discovered the joys of colour. 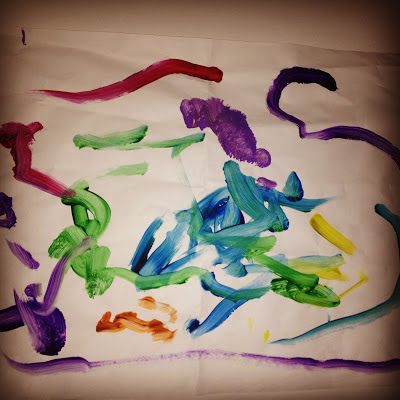 And here is a recent picture he drew of me... before my morning coffee, I'd say... 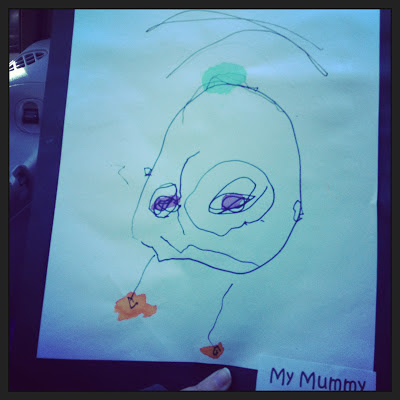 I realise a lot of 4.5 year olds are far more artistically accomplished by this age, however, I remind myself that a) not everyone has the same strengths, b) Erik was at about this level at this age as well, and c) no one recognised the brilliance of Picasso early on either!

Bryn, bless his little cotton socks, recently asked for a journal to write in. He then announced he was going to become 'a writer' and proceeded to write a birthday present wish list... Write about what you love, boy, that's the way!

at June 12, 2013
Email ThisBlogThis!Share to TwitterShare to FacebookShare to Pinterest