I've caught up with work for today, so I thought I'd give you all a little health report update at the end of August.

August was very up and down for me. Settling into the degree properly and meeting the challenges set for me probably took more of a toll than I have given it credit for. Also becoming somewhat obsessed with painting probably didn't help. I do tend to become hyper-focused on new activities, so that's nothing new, but with painting being so messy, I did prefer to do it overnight while the kids were asleep.

With all the kids staying up later now - particularly Erik and Lukas - I find it hard to feel as if I get any down time. So, I fell into a pattern of napping in late afternoon then getting up and staying up late into the evening.

I started to forget to take my anti-anxiety medication (because I was usually asleep at the time I scheduled to take it), and after a couple of weeks of that I became overcome with anxiety. It was very depressing realising how reliant I still am on the medication for equilibrium.

Anyway, I ended up taking several steps to combat the insomnia which resulted from all the untimely napping. I've been on this new regime for about a week and half now, and I can report a great improvement. My anxiety has stabilised and I am feeling more cheerful again - despite knowing it is more chemical than anything else. I am getting to bed between 8-10pm and getting up between 7-8.30am - even on the weekend. I haven't done any exercise yet, but I was very generously given a treadmill last weekend and I plan to start using that soon.

I have to admit I still feel very tired a lot of the time, but not so much that I can't think - which was how I was feeling. I even managed to get some painting in during the day on the weekend. 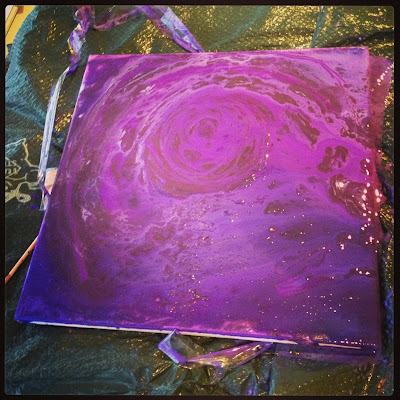 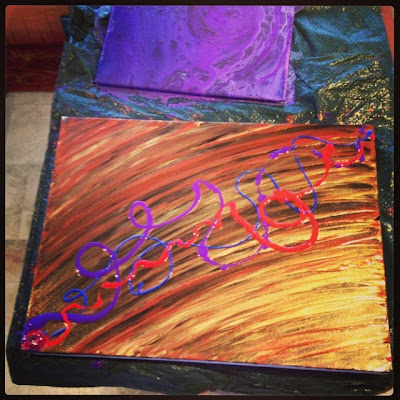 On the whole I don't think my experience of seasonal affective disorder has been as severe this Winter. That is probably because of the medication, but other mitigating factors would include having a car and house with decent heating to fight against the miseries of the season. I just haven't been as exposed to the elements this season as in previous years. Also, this Winter in Melbourne just doesn't seem to have been as cold. We had a very cold snap in early July, but likewise, in late July we had a 23ºC day! Now at the end of August, we're experiencing a run of 20+ºC days.

So, I'm ending this winter on a high note.

at August 27, 2013
Email ThisBlogThis!Share to TwitterShare to FacebookShare to Pinterest