What goes up, must come down...

Now I know it was because I was on anxiety medication.

That was quite a depressing realisation when it finally dawned on me. I can't help but feel incomplete as a person because I need medication to feel like living. I know I'm not alone, but still...

You see, I had gotten into a poor pattern with sleeping and in doing so, I had let taking the medication slip. At first it was a day here and there and then it was every second day until finally I realised one day I hadn't taken it in a week.

The realisation came as I sat in tears at 4am feeling completely at a loss as to why I felt so goddamn awful when nothing had changed. We were still in the same beautiful house, the car was in the driveway and running smoothly (relative for her age), and we had money in the bank, but I felt awful. I had had nightmare after nightmare for weeks on end. Really horrible nightmares like Bryn drowning - where I felt the full gamut of grief from denial through to guilt and despondency. I woke up no longer wanting to live.

In fact, I've had that feeling of no longer wanting to live a few times in the past couple of weeks.

Yes, it had truly been a sucky time.

The insomnia has been horrendous. I was not sleeping at all at night and then either trying to catch an hour or two before going to work, or giving up completely and sleeping 10 hours throughout the day.

I cannot keep doing this.

So, I have devised a six point plan to sort myself out. 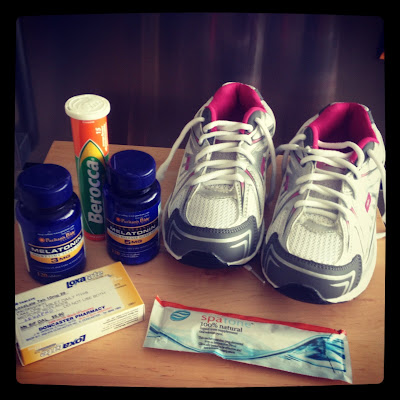 
It has been nice to be up in the middle of the night and to get painting done and tatting (my newest obsession), but my head is foggy and I feel unable to concentrate enough to get work done for the PhD during daylight hours.


I'm going to see how this goes over the next month.

at August 18, 2013
Email ThisBlogThis!Share to TwitterShare to FacebookShare to Pinterest