Running out of things to say...

I'm sure you've heard about old married couple who have run out of stuff to say to one another after living together for decades, right?

Well, let me first assure you this is not happening in my marriage. We've only been together for 17 years, anyway, but we aren't close to having nothing left to say to one another, even though we spend more time together than most couples I know.

However, I have been feeling that way with this blog recently.

I've been writing on this blog for seven years and ten months (according to Linkedin), and recently I've been feeling like I have nothing much to say.

I never thought this would happen.

I'm never really stuck for words - ask anyone who sees me in person!

I have a full and busy life, I just don't feel inspired to write about it as much as I used to.

Maybe I just don't feel like people would be that interested. Maybe it's because I've already written about most of it before, I mean, four kids, all boys, they do a lot of the same stuff as each other. Telling you guys that Ari is into everything all the time is not exactly groundbreaking when Erik, Luey and Bryn were also into everything constantly at this same age.

Telling you guys that having the Liberal Government running the country with their ceaseless greed and lack of compassion threatening our household income at every turn is also not exactly news worthy - yes, even I am sick of hearing myself complain about being endlessly broke.

I had a couple of tattoos refreshed. They're not new tattoos, just old tattoos that I added colour to. I guess I could show you those... 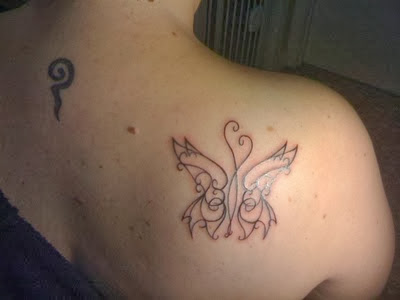 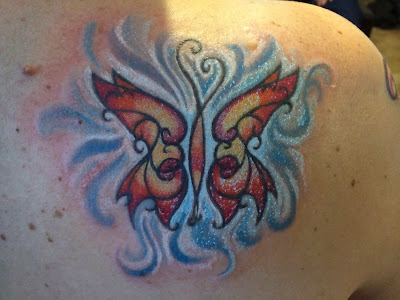 Don't worry about all the white flecks, they will disappear as the tattoo heals. 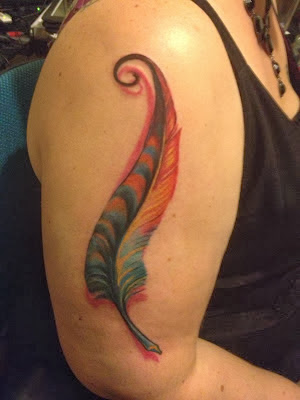 What you can't see in the original photo is how the tattoo ended up healing badly with several striations of dropout horizontally along the length of the quill. 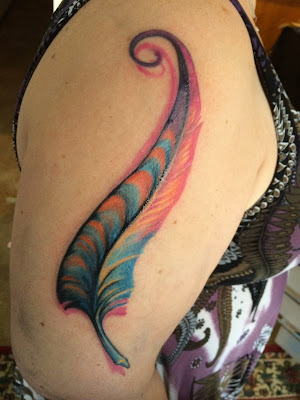 Mike decided to go darker when he recoloured the quill for me last weekend. I really like it now because there is a metaphor working now with the dark and light side of writing. Also, the orange and blue are more striking this time around.

Oh well, I guess I'll just trundle along and see what happens.

at October 09, 2013
Email ThisBlogThis!Share to TwitterShare to FacebookShare to Pinterest

I'm confused, didn't the tatts cost money to replenish? Didn't you say you were constantly broke?? I don't get it.

My brother is a tattoo artist so all my tattoos are free :). Yes, I'm very fortunate in that sense.