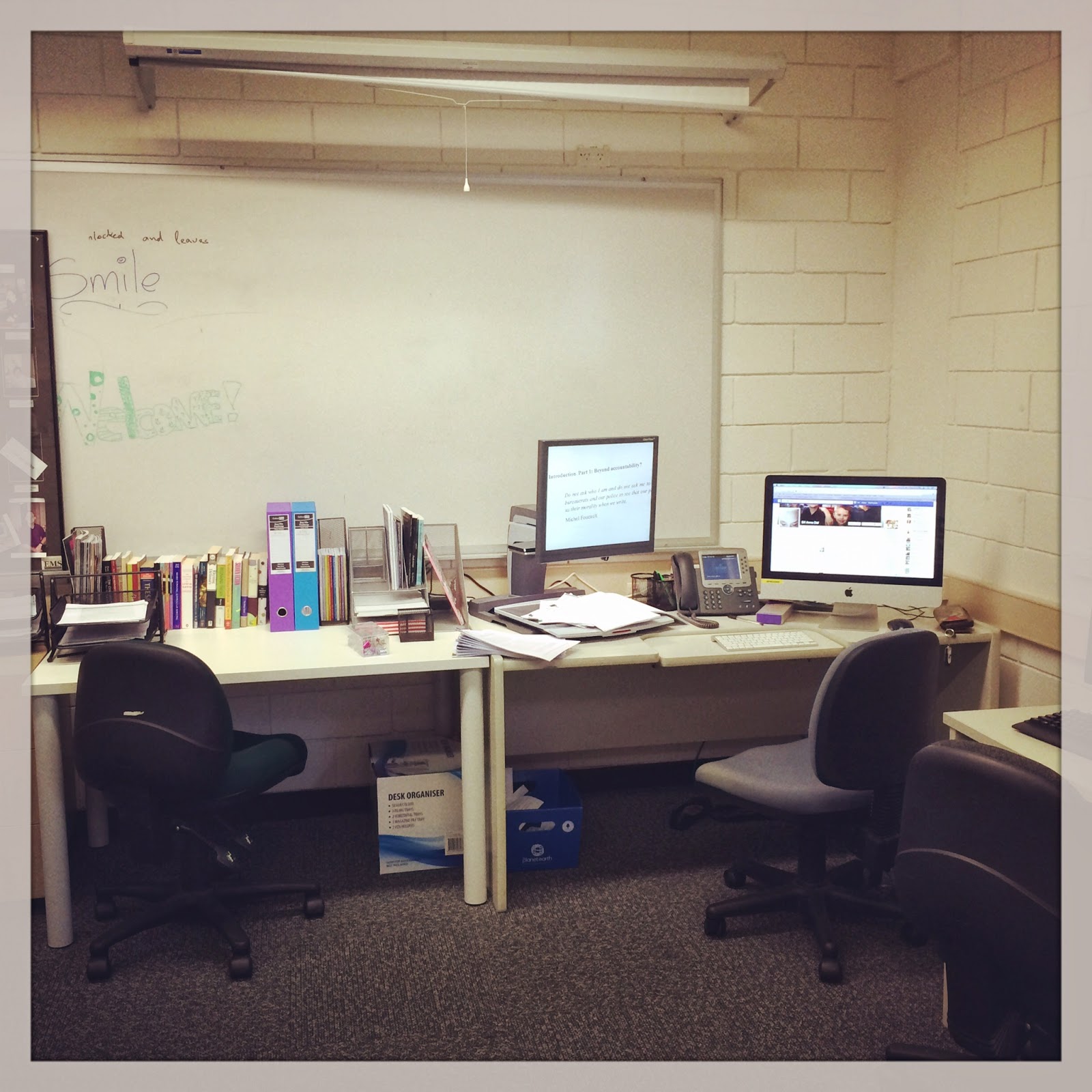 I moved into my new work station last Monday! It has only taken nine months to get a work station on Burwood campus! Yesterday was probably my most productive day in those entire nine months. I was able to PhD work, and committee work without having the anxiety of travelling between the two campuses.

I share an office with session staff (so lecturers and tutors), which is just fantastic for me, because it gives me the opportunity to get to know a few faces.

Colloquium is under three months away. The plan for March has been to polish off the creative aspect of the Colloquium document and do all the research for the chapter which will accompany the creative work. I will have two chapters; a literature review and then an actual chapter from the thesis itself.

The chapter will be on Iceland and Identity as the creative work consists of stories from my Icelandic family (mostly) and form part of how I have developed a sense of identity through hearing and retelling family stories.

There will also be a chapter on Flash Fiction itself and how, while being very compact, is still able to tackle deep issues in life, such as identity and ambiguity. The third chapter will be on ambiguity - I think. Ambiguity in flash fiction writing and ambiguity in identity formation, perhaps - haven't really delved into much yet, but that is looking like a good direction to head in.

Did I mention I have a new work station? I'm very excited about it - it's like finally coming home after living in exile!

at March 28, 2014
Email ThisBlogThis!Share to TwitterShare to FacebookShare to Pinterest