Right, where was I?

Saw my supervisor on Thursday. I have a plan for this next week to make the necessary changes for the colloquium - which feels so close now - the document has to be finished in the next four weeks! Doing a field trip to Iceland is definitely on the books! That's a lot of 'yay' right there! I don't have to present at a conference to do a field trip which means I can schedule it to suit my needs, rather than a specific conference time, though if the two overlap, that's fine as well!

I am also still planning on going to New Zealand in November - to this conference. It is far more nerve wracking for me to go to New Zealand than to Iceland. In Iceland I know a bunch of people who can meet me at the airport, offer me accommodation - and are family (yes, I'm talking to you guys). But I don't actually know anyone in New Zealand! Have never been there, don't know my way around. It's a whole other ball game!

In other news, we had the first 'Open for Inspection'. I don't now how many people came, because I was entertaining the kids at the local shopping centre. The Grumpy Old Man - who was at the house only to open it for the agent and lock up after said there was someone waiting in a car when the agent arrived, and when the GOM left him after opening up there was one other person there as well. So, that was two.

The agent told us that he'd had a few enquiries from investors and a couple of those investors had asked if the place was tenanted with people who might want to stay on after the sale. That would be ideal for us, so fingers crossed! Two more 'Open for Inspection's (Saturdays only) and then the auction...

My hormones are wreaking havoc with me at the moment. This is because I haven't been particularly careful with myself. The mild lactose intolerance has flared into quite bad, and very annoying, IBS, so I'm cutting right back on dairy, even cutting it out of my coffee.

I've been drinking coffee without sugar for a couple of weeks now, and that's been okay (yes, I still kind of crave the sugar, but that's because I haven't stopped drinking fizzy drinks yet).  Next step is to properly cut out the choc/chips/coke/soft drinks again. These have a similar affect on me as alcohol has on others. They cause me to feel relaxed and rewarded after a long, hard day, but inevitably I wake up feeling a bit depressed and drained, and even actually physically ill. So, they have to go. Goodbye night time snacking, hello crochet!

The kids are back at school, though last week was a three days soft return of sorts. Erik and Lukas did the 1.5 hour maths tutoring session on Thursdays (we thought it was two hours long, so the tutor hung around with the boys for an extra 1/2 hour of his own time, bless him!). Erik said he learned more in that 1.5 hours than he's learned in the past year at high school! I wouldn't go as far as to say he was excited about maths, but at least he didn't come home saying the tutoring was pointless (as sure sign he was prepared to resist us on being tutored). Lukas also enjoyed it. Let's hope this is a sign of things to come!

Last night I signed up for the 100DaysOfHappiness Challenge. I'm hoping this will create a stronger habit of seeing the things in my life that cause me happiness. Feel free to join me, I am posting to instagram!

This was today's photo:  Sunshine, particularly on a brisk autumn day, always makes me happy! 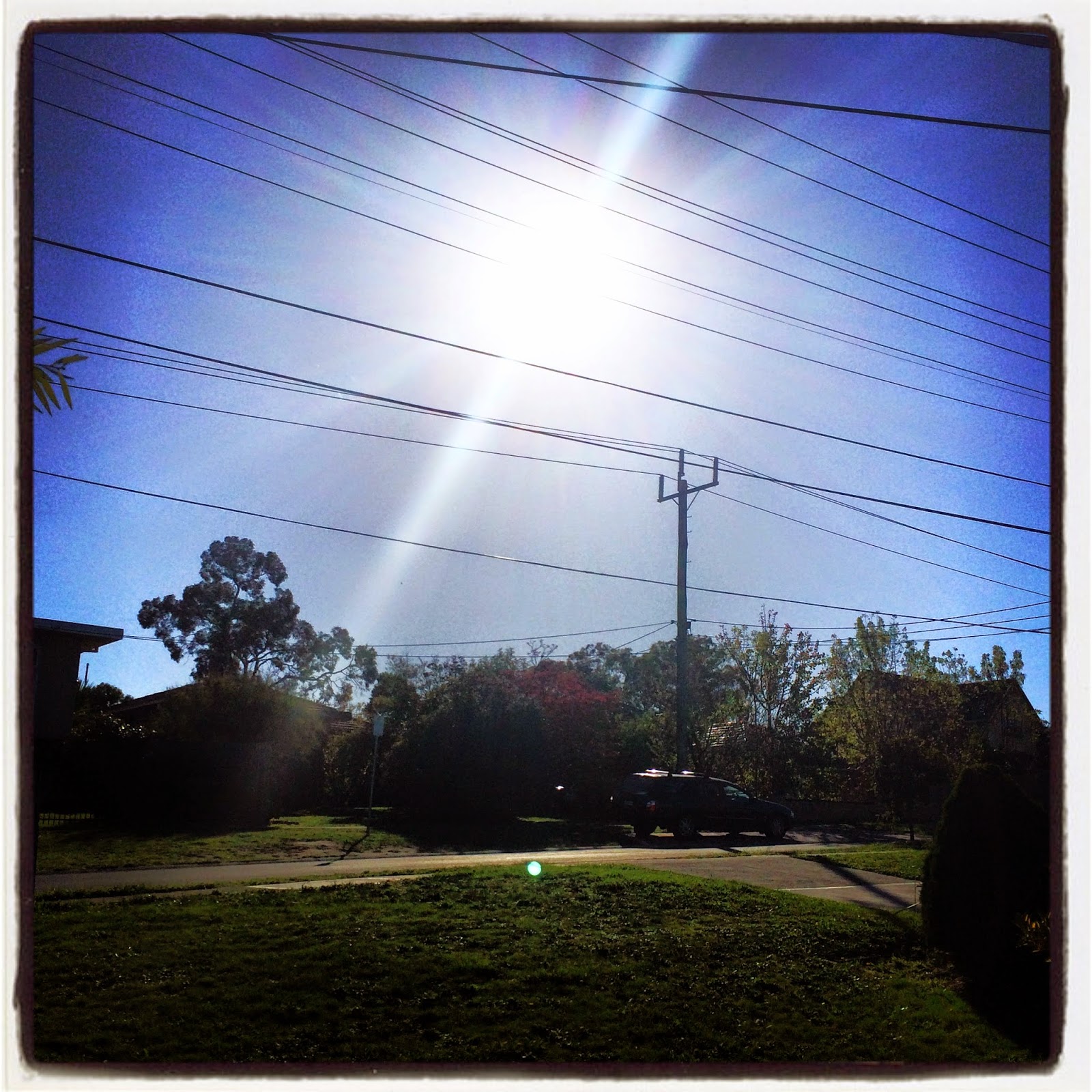 at April 27, 2014
Email ThisBlogThis!Share to TwitterShare to FacebookShare to Pinterest