The Sugar Jar is Nearly Empty... 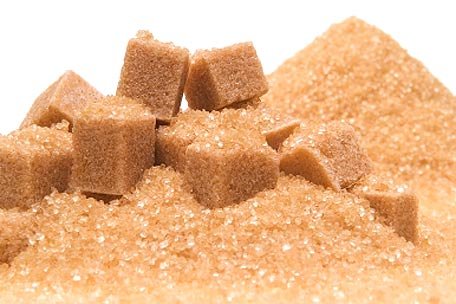 And that is how it is going to stay.

I decided last weekend, when we came home with yet another 2kg bag of raw sugar, which I knew would not last the fortnight, that that would be the last bag of sugar we would be buying. Period.

Yes, our family is full of sugar addicts.

The Grumpy Old Man has always had sugar, and I think he probably won't give up sweetening his hot drinks, but he has in the past used stevia, and he can go back to do that now.

There have been two things that led to this move. First, the boys have started regularly drinking tea and coffee, and Erik and Lukas, who make their own, drink melted sugar with a bit of coffee on top, I suspect. It is BAD!

Secondly, at my grandmother's funeral (part b) last month I found out she had one of her kidney's out many years ago, and then just recently, one of my aunts became extremely ill (coding) with kidney stones - which she thankfully passed; she is on the mend now.

Kidney stones are caused by, among other things, too much sugar in the diet. Now, I know my aunt has been careful with her diet, but what that says to me is there is probably a family susceptibility to kidney problems. This frightens me. I've already had my gallbladder out - I'd really like to keep the rest of my organs!

Also, diabetes is as common as freckles in my family, on both sides. and here I sit, 42, overweight, and consuming far too much sugar. That's just a tad insane! I suffer from hypoglycaemia and I know just how badly affected I am by blood glucose spikes, but I have ignored it most all of my life.

So, the sugar jar is nearly empty and that is how it's going to stay.

As well as this I'm swearing off soft drink. I love bubbles, so I'll have mineral water or soda water, but no more sweet soft drinks.

This is where I'm starting. I won't commit to more than this right now because I just want to make this work first.

at April 06, 2014
Email ThisBlogThis!Share to TwitterShare to FacebookShare to Pinterest