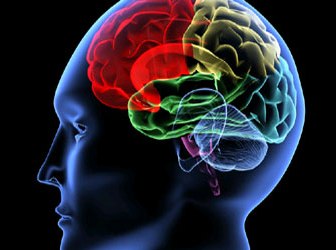 I'm off to the neuro-opthalmology outpatient clinic at the Royal Melbourne Eye and Ear hospital today. I've cancelled this appointment twice already, I should have gone in March. Okay, I cancelled the first appointment, and then just never showed up for the second appointment. You see, this isn't about me at all and I have to wonder why I'm paying $30 in parking for the privilege of having some plucky little neuro-op get all excited over the new show-and-tell he'll have for his next conference.

I initially went to the Eye and Ear in February this year (I think, I'm not good with dates), because my own ophthalmologist was concerned that I had 'suddenly' lost a considerable amount of vision in my right eye (the only eye which actually registers anything at all). She was basing this on a test done by another private op a few years ago when I was being assessed for my cosmetic surgery to straight my left eye. That op was an idiot and for some reason had come to the determination that I wasn't legally blind at all - luckily no one even took any notice of his finding until January this year and a follow-up assessment found, of course, that i am legally blind (something I have been all my life). However, my current op felt the discrepancy between the two tests needed immediate investigation.

The regular outpatient clinic found nothing of any use, but as soon as I described my brain structure to the old op I was seeing, his face was washed in that familiar expression of 'Oh, goody, I'm going to pass this on to my colleague and gain a few hero points!' and so I was asked to visit the neuro-op outpatient clinic in March.

I had to reschedule, and then I simply forgot (or did I?) to attend the April reschedule. This led to the Eye and Ear contacting my GP, who in turned called me to tell me to NOT miss the next appointment.

So, today I'm off to the neuro-opthalmology outpatient clinic at the Royal Melbourne Eye and Ear hospital with my CT scans in tow. Unless there is some radical and not-at-all-risky brain surgery they can do to restore the approximate 1/3 of my missing brain matter, I doubt there is anything they can do for me. However, I'm sure there is plenty they would like me to do for them. MRI and other tests. I know it is all in the name of knowledge and understanding and it might benefit someone other than myself, but mostly in the past I have felt more like a circus freak than co-contributor to scientific advancement.

at June 04, 2014
Email ThisBlogThis!Share to TwitterShare to FacebookShare to Pinterest