I have had the most wonderful weekend!

Today I want to tell you about going to see 'Once' at the Princess Theatre on Spring Street, in Melbourne. Gosh, the Princess theatre is lovely! But this isn't a blog post about architecture - though the architecture was beautiful! 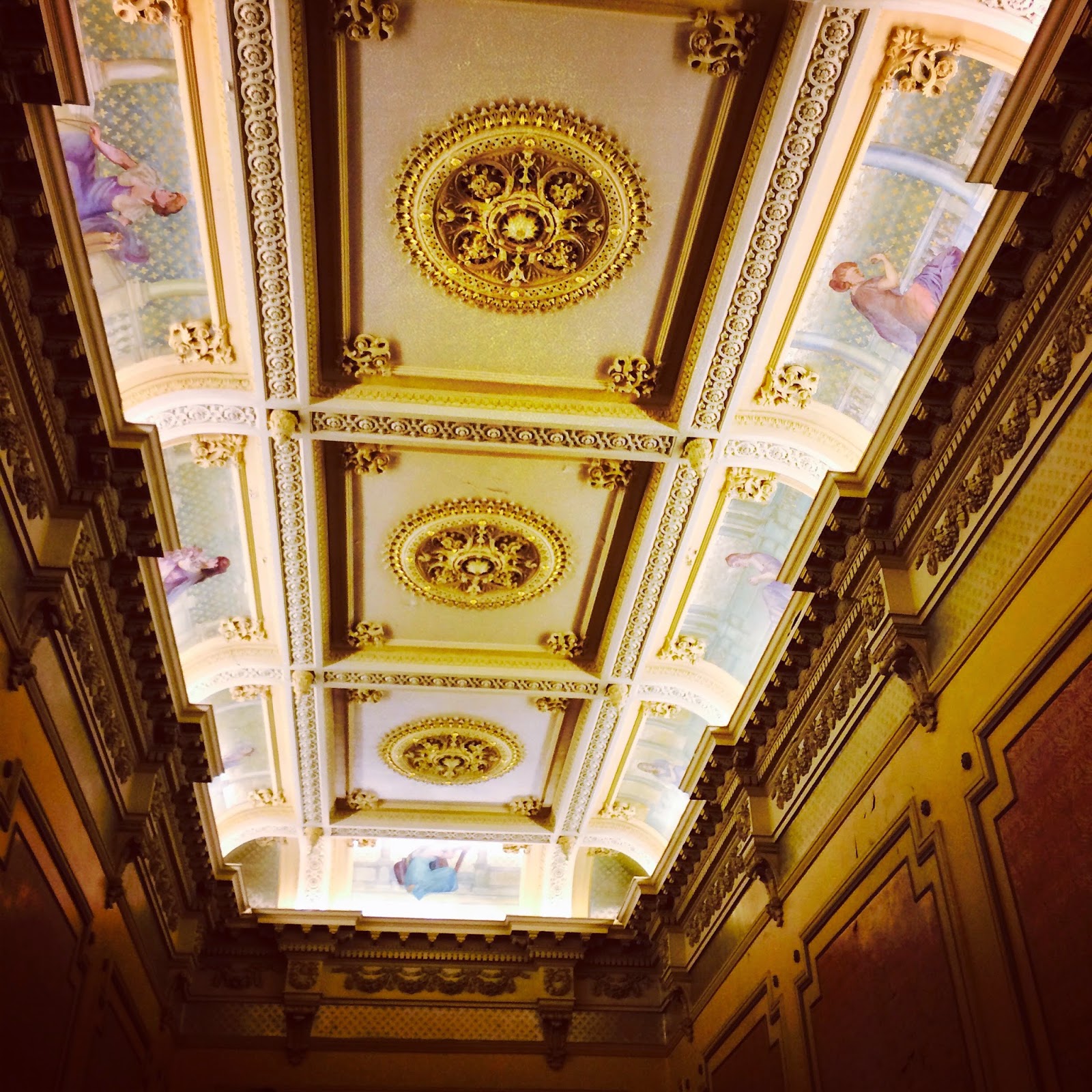 No, this is a post about the musical play, 'Once', 'Once' the musical play, is based on the film of the same name, which became a surprise international hit in 2006, winning an Oscar for best song ('Falling Slowly'). This award winning Broadway production (including multiple Tony awards, a Grammy, and two Oliviers), which has already been embraced by audiences in London, New York, and Dublin, has finally come to Australia. It is led by British Director John Tiffany and Music Supervisor Martin Lowe, both part of the original New York creative team. 'Once' has played to packed audiences since preview performances commenced in late September, and is currently playing at the Princess Theatre between October 1st and November 9th. I was very fortunate, not to mention excited, to get tickets to opening night via Nuffnang, and Oh My, it was amazing!

'Once' is a story about love, so, this is one for all the romantics out there! 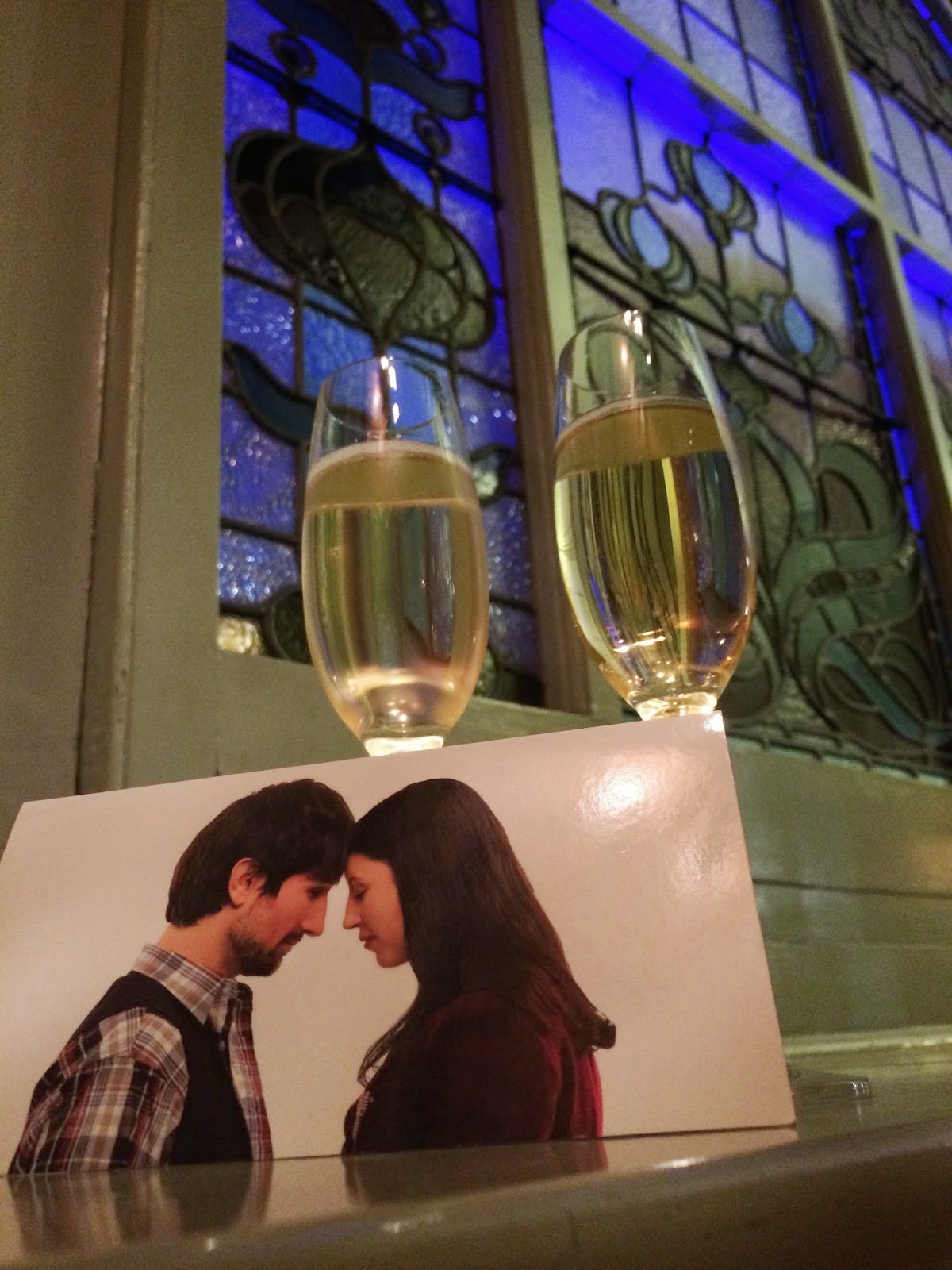 This story of an Irish busker and a Czech girl is one so many of us can relate to, and it sure to evoke memories and empathy. It is about love and music, and of course, loss, because love is never felt more keenly than when it is lost.

The mood for the night was set by the cast jamming on stage with the audience invited to join them for a Guinness. The word which came to mind as I listened to the traditional irish songs being played before the lights went down was synergy. Throughout the night, this word synergy came back to me over and over again. The cast has such coherence that not only do they play and sing as one, they create an energy which fills the theatre from the outset. 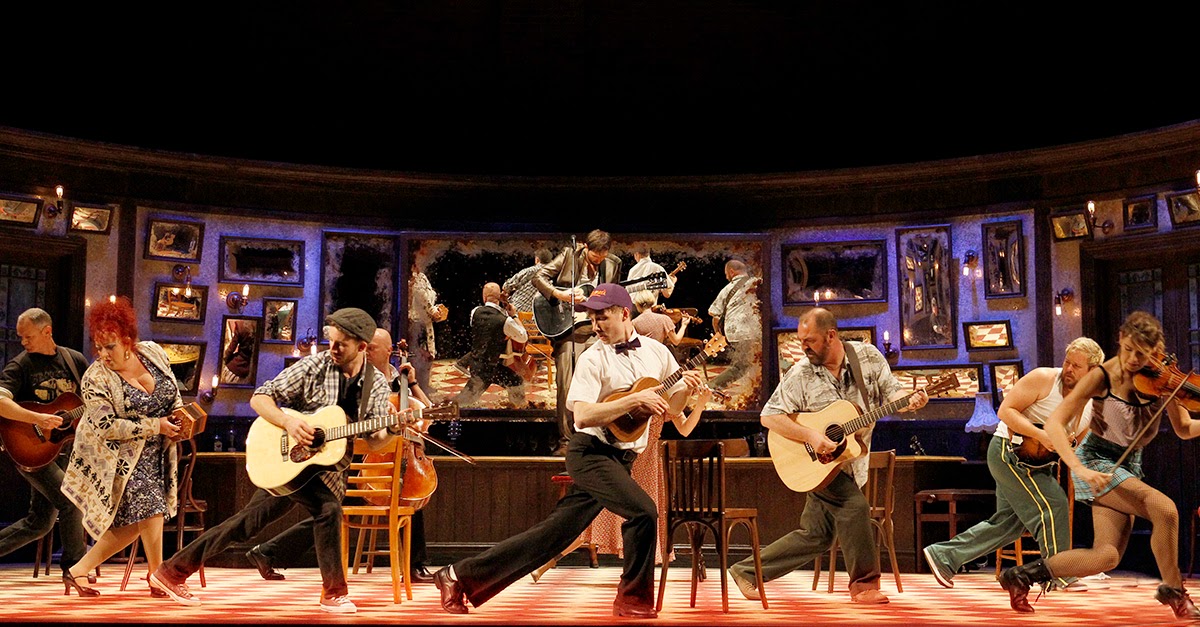 Tom Parson, playing the protagonist, Guy, skilfully guided the audience into the first setting of the play - a bar, and as the lights dimmed we entered a community on the other side of the world, in Dublin! 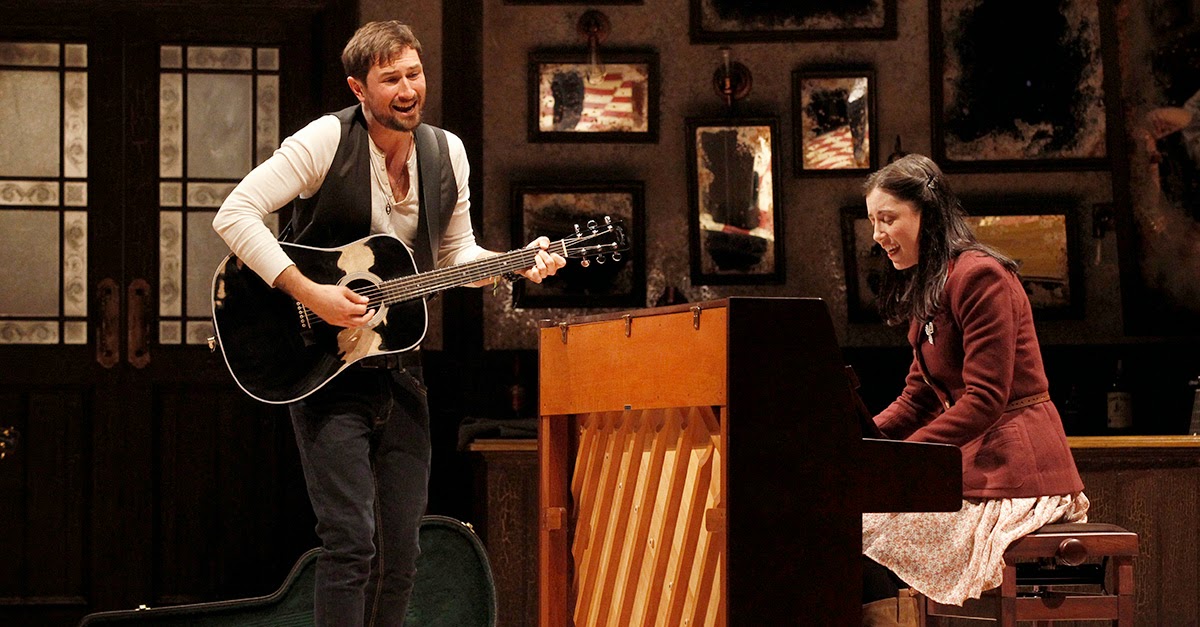 The story of a love-lorn musician who meets a girl who has heard and loved his music, played by Madeleine Jones in a very convincing Czech accent, brings with it all the magic of a chance encounter - the pivotal moments in life which change us all in unexpected ways. She encourages him to record his music and pursue his lover, who has moved to New York. But, of course, life is never that simple. This is a poignant and moving production, is peppered with wisdom, but not short is laughs, either. The performance ensemble is teaming with talent, portraying larger than life characters. Of special note are Billy the bar owner (Colin Dean) and Baruska, the girl's mother (Susan-ann Walker), who steal their scenes. 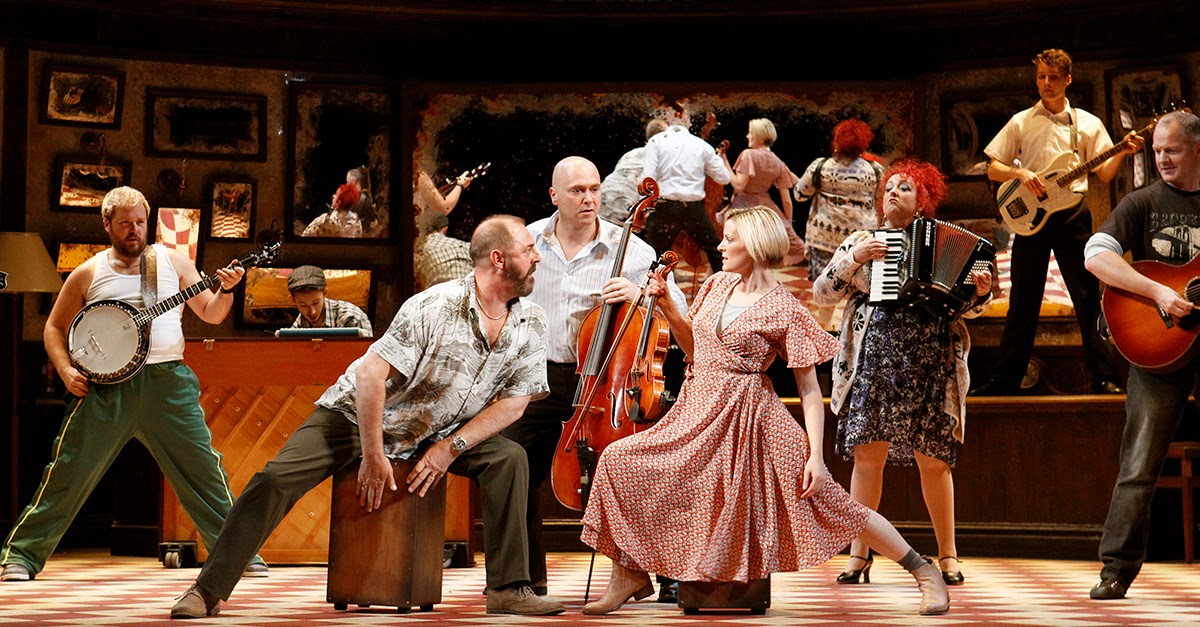 The music had me quite choked up -something I was not expecting - from beginning to end, but I was especially taken by a harmony which is sung towards the end of the show. The blend and strength of the voices was delicious and potent. I would see this again, just for that harmony!

If you want to follow the excitement surrounding this musical, you can check out the Facebook page at: https://www.facebook.com/OnceMusicalAustralia or hashtag: #loveonce.

In case you don't think you like musicals... Think again!

The Grumpy Old Man was sure a musical wouldn't be his thing, so I dragged a friend along with me instead. Robbie is a self-confessed musical-phobe, and lo and behold, he LOVED it. I would challenge anyone to not enjoy themselves seeing 'Once', and for people who appreciate great theatre and live music, this is a must-see event! 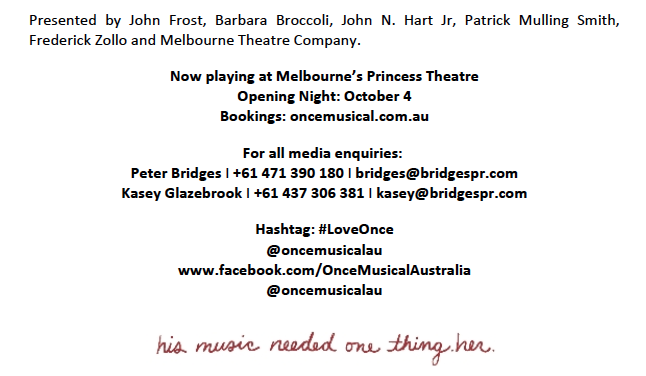 at October 06, 2014
Email ThisBlogThis!Share to TwitterShare to FacebookShare to Pinterest