On Friday night I had the pleasure of attending a performance of Strictly Ballroom at Her Majesty's Theatre, thanks to sponsorship by Nuffnang! 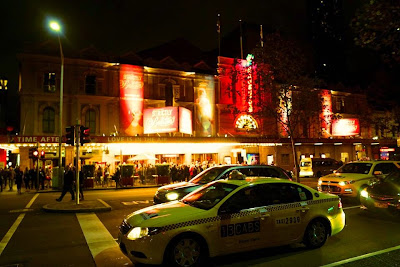 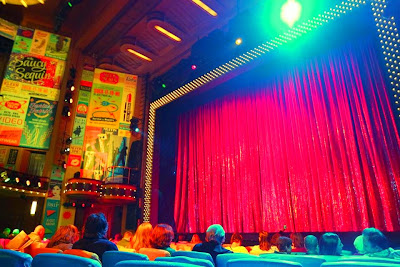 Even as we entered the theatre to take our seats, we knew it was going to be a special night. All the seats were rainbow coloured, and I joked with my friend, Robbie, that we might be expected to participate in the performance in some way. That was a pretty good guess on my part! 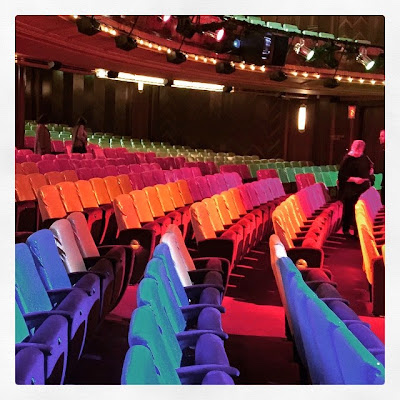 At this point, I would love to show you a picture of us sitting in our seats, but blue is not a particularly flattering colours, especially when reflected of our shining faces, and Robbie made me promise never to let the photos of him see the light of day... I'm such a great friend, really, I am...

The show was dazzling, and I'm not just talking about the sequinned dresses. It was wall-to-wall gigantic personalities with the broadest of broad Aussie accents. Of course, there was also dancing, a lot of dancing! In particular, I was very impressed with the dance work of Fernando Mira who plays Rico, father of Fran. His flamenco dancing was flamboyant and dramatic and made my heart go pitty-pat! Bravo! 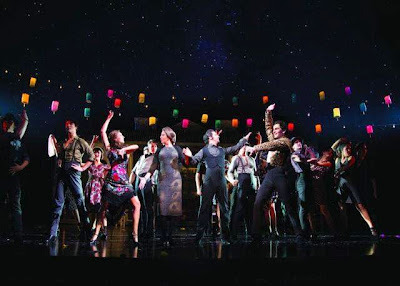 The voice of Natalie Gamsu, who played Abuela, Fran's mother, was astounding in it's strength. It filled the theatre, and I actually think I heard the doors rattle a little, too.

The use of set of clever and affective, moving us from within a competition setting to the home of Fran's parents behind the milk bar seamlessly.

The audience did get involved in the performance, but to say how would be giving too much away - you'll just have to go see for yourself!

After the show, patrons were invited to meeting cast in the foyer and donate towards crisis relief for Nepal. This was a great photo opportunity for the crowds, but I prefer my place behind the camera. 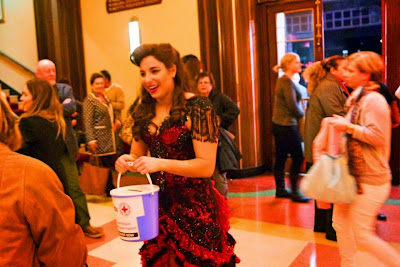 If you love musical theatre, you will love Strictly Ballroom on stage!

at May 18, 2015
Email ThisBlogThis!Share to TwitterShare to FacebookShare to Pinterest