Seizure, Symbol, and Some fence building.

It has been three weeks since my last blog post.

It's been a busy month.

Last time I wrote, we were in the middle of the school holidays. Since then, Erik had a birthday - his 16th! I've been giggling like a school girl every time I mention 'my 16 year old'. How can I possibly have a 16 year old? For his birthday, he took some friend to the movies and then out to eat.Gosh in less than two years time he'll be an adult. I've been doing my PhD longer than that!

Thirteen days ago, I woke up to strangers in my bedroom talking at me.

Even in my hazy state I knew they were ambos. It took me about half a second to realise why they were there and to think, 'Oh shit! Not again!' I'd had a seizure.

The last (and first) time I had a seizure was 12 years earlier, almost exactly.

Back in 2003, I was put on Dilantin, and then because I was still breastfeeding my 18 month old (much to the amusement of the GP, who believed firmly that Australian babies did not need to be breastfed past 6 months of age), I was transferred to Lamictal. Because I wanted to have more children (I was certifiably insane, LOL), I weaned myself off after six months. I didn't have another seizure for 11.5 years until thirteen days ago. Now I'm back on Lamictal.

This has all made me a bit anxious, so it's good I'm on Lamictal because apparently that is also a mood stabiliser.

Twelve years ago, we put the seizure down to extreme distress experienced the twenty-four hours before the seizure on top of six months of less than 2 hours sleep a night.

This time, while I'd had a sleepless night the night before, it is rare these days that I suffer insomnia. In fact, I got far less sleep in 2006, and 2009/10/11, so I can't account for this seizure, which makes me anxious.

They think the seizure is caused by stress. Well, hmmm, granted the PhD is stressful, and going blind is stressful, and travelling overseas for a month - a month away from my family, who I've never been away from for more than four days - is stressful. But I haven't felt particularly stressed, really, and not nearly as stressed as I did before the last seizure.

In other news, I have a new tattoo. A symbol for carrying on, even when you feel like giving up. 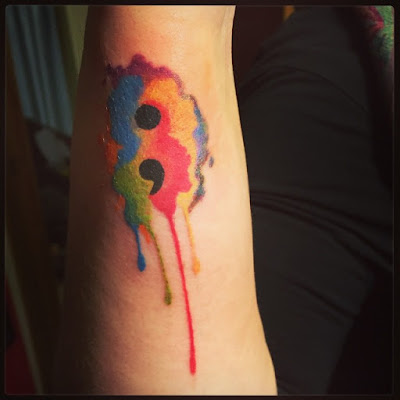 I've also had my fob watch retouched after I screwed up the healing of it a couple of years ago. It still needs colour added in though. 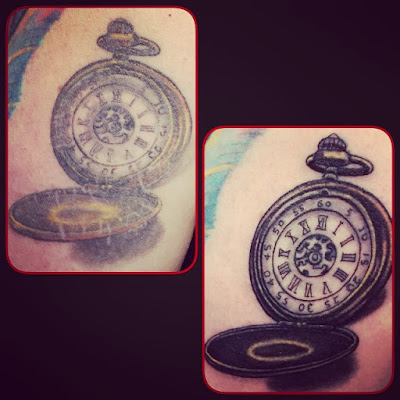 And then I got Mike to design a new Aussie/Icelandic tattoo to commemorate my trip to Iceland next month! It's not quite half finished, but I want it done before the trip. 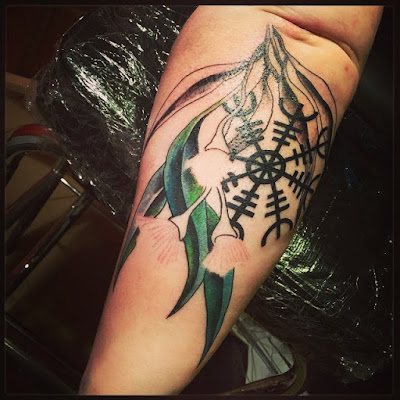 At the end of the school holidays, I took Bryn to the Cat Cafe in the City of Melbourne. I wish I could say I was more impressed with it than I was, but I can't. It's $10 per person to walk through the door, the rules (which I do understand are for the wellbeing of the cats) are so restrictive and the staff are so, well, cat-like, in personality (read: cold and distant), that it feels like humans aren't really welcome in the cafe. The coffee is expensive, and comes in a tiny cup, and 55 minutes after you walk into the cafe the staff seek you out to tell you that you must vacate the cafe strictly within in the next five minutes. It's really not very welcoming. The cats are lovely, though. 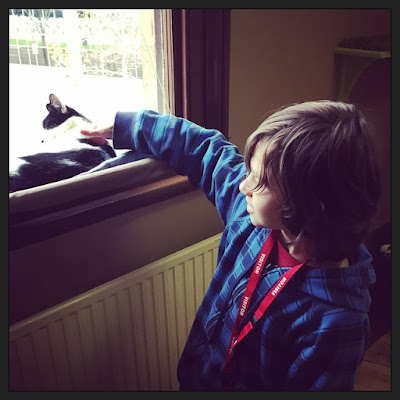 Bryn and Ari started their new school, and have settled in nicely. We have a parent-teacher interview with each of their teachers tomorrow. 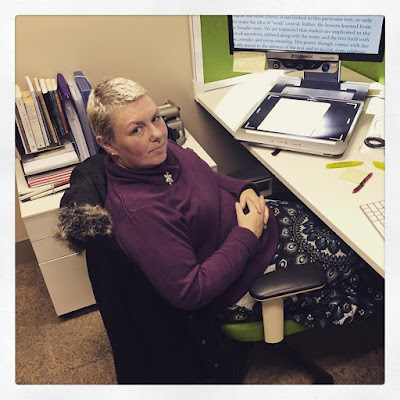 Also, massive news! I finally, finally, after only twenty-five months in my degree, got a permanent desk! I am so happy! It is beautiful and shiny and new, and there is a great coffee maker, and panini maker (not that I eat any kind of bread), and such like in the lovely little kitchen adjacent. And best of all, it is quiet and temperate and the people are nice, and I love it!

Finally, last weekend we started on shoring up the back fence in preparation for the new dog coming into my life soon! I've done a few sessions of mobility training, and getting this fence sorted was the only other obstacle to being matched up with a dog. So, hopefully the fence will get ticked off on soon and I'll get to meet my new buddy. 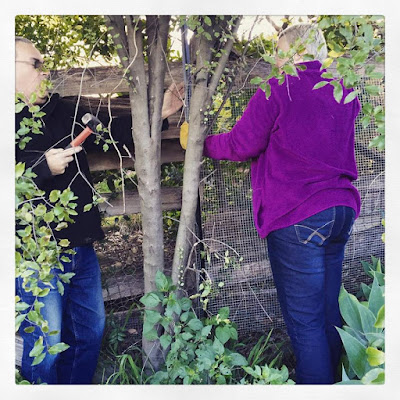 Now you're all caught up, so I only have one more thing left to say.

Yesterday, I received a LOVELY message from a long term reader, first time commenter, Natalie! I live for messages from you guys! I've been blogging here for nearly ten years and am aware I have some regulars, but it is extra special when you guys drop me a line! So, thank you Natalie, you made my day!

at July 21, 2015
Email ThisBlogThis!Share to TwitterShare to FacebookShare to Pinterest