I woke up this morning to a family member had subscribed me to a Facebook group for the village I'm from in Iceland. When I say I'm from this village, I don't mean that I am born there - I'm born in Australia. I mean, it is where I lived the longest in Iceland. It is the village I know like the back of my hand. I have literally walked every street of this place.

Someone had posted a bunch of photos, and for some reason, several photos included my grandmother's last house in the village. This house had been torn down when I visited in August, so I was very excited to see it. These photos are taken from around the time we moved to the village last. My grandmother's house is the yellow house in the middle of the photo. She didn't own the house*, she rented, and she only rented half the house - the right side of the house with the black tar-paper cladding exposed around the windows. 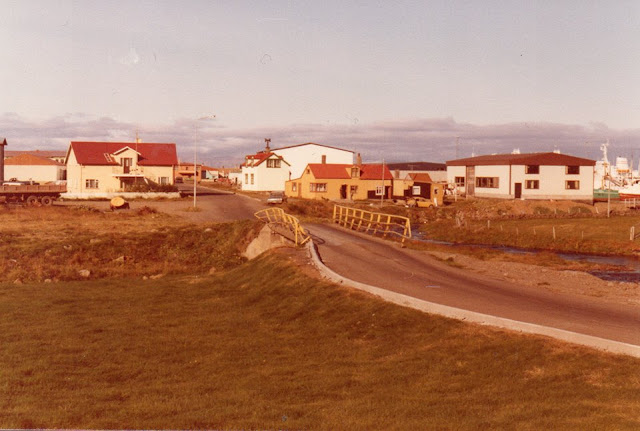 When we moved to live with Amma in December 1982, three of my aunties, one uncle, and one cousin were already living with her. So, to be clear, her half of the house is where the black tar-paper starts and right of that. The first window is the kitchen window. The door is in the tiny entry, directly opposite the door was a staircase which took you up to an attic bedroom. To the right of the front door was the living room/diningroom, behind it was Amma's room, towards the front of the house (that window) was a teensy room that fit a single bed only), which you got to throught the bathroom/laundry, out back was a storage room of sorts. Once we moved in, there were nine people living there for several months, plus on occasion my aunties boyfriends. 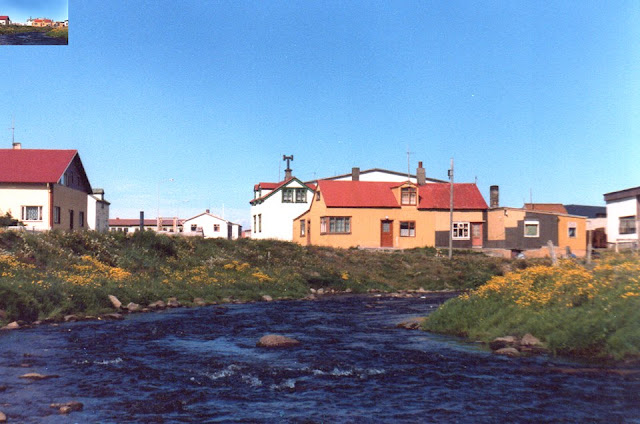 When we first came to the house at Christmas 1982, the snowdrifts were up to the roof line at the door of the house, and we had to dig steps down to the front door. The snow kept coming throughout winter, and on more than one occasion, I remember people clambering in and out of the window to the attic bedroom that you can see in the picture below.

In the summer of 1983, when I was eleven, I had a summer job of taking care of five children during the day, they ranged in age from nine down to eighteen months. I look at the river, so close to the front door, no fence, those rocks, and it used to flow quite quickly. I remember my nine year old brother and my five-year-old cousin play with paper boats down there. I wonder if I'd trust Bryn with five kids next summer by that river... 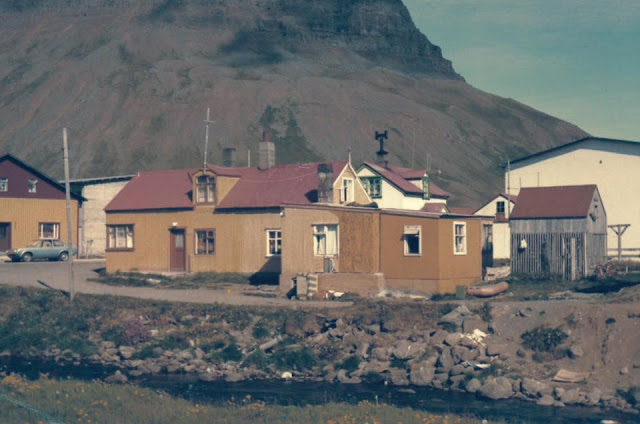 These windows at the back of the house belong to my Amma's bedroom. Her boudoir. To me she was always very glamorous, she had a tendency to get about the house in a matching nightgown and robe sets, but not flannelette and quilted cotton like my English nanna, no, Amma's were always flowy and drapey like a 40s noir character with plenty of cleavage on display. and she always had a cigarette hanging from her lips. Her bedroom had a large Chinese paper umbrella hanging open and upside down in one corner of the ceiling and on a heavy buffet at the foot of her bed was white plaster sculpture we called 'The Kiss'. 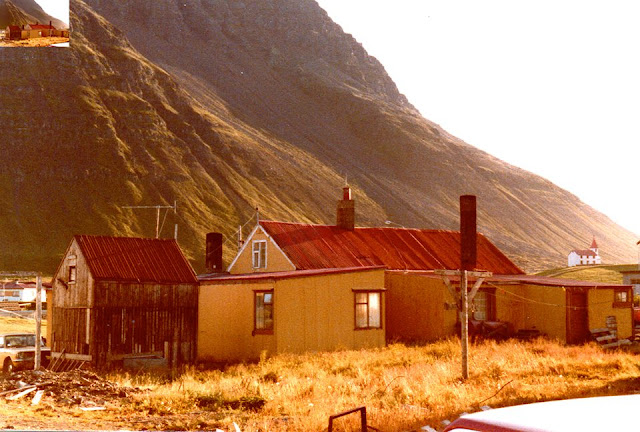 What I love about this last photo is seeing how close the mountains were. I love those mountains so much!

The other day I had a strange experience. A friend linked to an article about an Icelandic crime series which is currently available on SBS on demand. When I clicked through to the article there was immediately a photo. As I looked at the photo the word 'Seyðisfjörður' popped into my mind. Now, that is the name of a village. A village I have never been to. A village I have no association with whatsoever, in actual fact, so when it came to me, I laughed and thought it might be funny if the show was filmed or set in Seyðisfjörður. I kept reading the article and several paragraphs later, right at the bottom of the page, it said the show is, indeed, set in Seyðisfjörður. I had to look it up because I had no idea where in the country that place is. As it turns out, it's not far from where I stay a night back in September last year. I rang mum and told her and we came to the conclusion that the land is in our DNA, someone it is part of us and we are part of it and that is why we yearn for it and it calls us.

*As it turns out, my aunts tells me she did own the house and that it was utterly ruined by the last tenant and the township then sold it for demolition - or that is how I understand the translation of what I was told.
at June 22, 2016
Email ThisBlogThis!Share to TwitterShare to FacebookShare to Pinterest